Bug Squad
sitenum=63
Happenings in the insect world
About That Stink Bug... Jeffrey Aldrich and brown marmorated stink bugs.
It doesn't usually make the 6 o'clock news--or even the 10 o'clock news--but it's trouble.

The brown marmorated stink bug (Halyomorpha hales), a native of Asia, was first discovered in the United States in Allentown, Penn., in 2000.

Since then, it's been making a big stink. Literally. It's a major agricultural threat that feeds on vegetables and fruit, says UC Davis associate entomologist/chemical entomologist Jeffrey Aldrich. USDA has estimated $21 billion worth of crops are at risk. This includes apples, peaches, tomatoes, grapes, cotton, corn, green peppers, soybeans and other crops.

Aldrich also calls it a "pervasive residential nuisance." It may select your home as its wintering site, creating an infestation. That prompted The New York Times to declare "Move Over Bedbugs: Stink Bugs Have Landed."

Aldrich will discuss the insect's invasion and its semiochemistry at the UC Davis Department of Entomology seminar on Wednesday, May 1, from 12:05 to 1 p.m. in Room 1022 of the Life Sciences Addition, corner of Hutchison and Kleiber Hall drives. Professor Frank Zalom and Ph.D candidate Kelly Hamby of the Zalom lab are the hosts.

Aldrich will describe the history of the discovery; its subsequent spread across the country; and also detail the discovery of the bug's chemical communication system and ongoing pheromone commercialization efforts. He then will present results of laboratory experiments using native egg parasitoids exposed to the stink bug eggs.

An expert on BMSB,  Aldrich established that the insect in the U.S. is cross-attracted to the pheromone of a congeneric species; he facilitated commercialization of this cross-attractant lure; and he led the team that identified the pheromone of the BMSB.  The research is potentially useful in systems to mass trap and/or attract-and-kill BMSB.

Aldrich's 40-year career on insect chemical ecology has taken him to Brazil, Australia, Japan and Italy.  He served as a research entomologist for the U.S. Department of Agricultural  Research Service, Beltsville, MD, from 1980 to 2011, including five years as a laboratory research leader (1999-2004).

His work has been published in such journals as Science, Journal of Chemical Ecology, Chemoecology, and Environmental Entomology. He also travels around the nation and world, presenting lectures at technical organizations, universities, government agencies, and to lay groups.

The New York Times, Washington Post, Baltimore Sun, Discovery, U.S. News and World Report, and Organic Gardener have interviewed him about his work. In addition, he's been interviewed by a number of radio and TV stations in the United States and Brazil.

The May 1 seminar should be a real eye-opener about a major agricultural pest that continues to invade the United States. If you miss the seminar, plans call for video-recording the seminar for later posting on UCTV Seminars website. 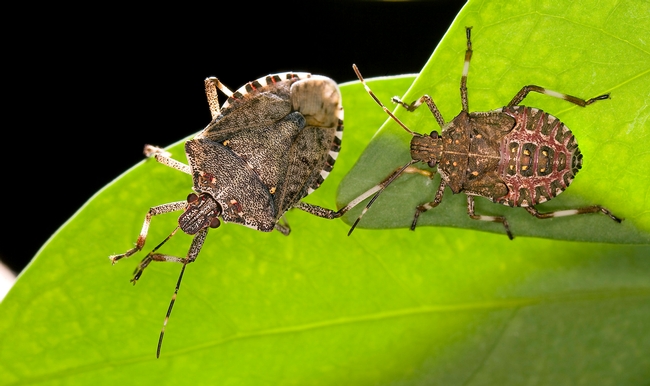