A honey bee tumbles off the flowering catmint (Nepeta) and struggles to right herself.

Her wings tattered, her body battered, she does not buzz away.

As a forager, she likely made about 40 trips a day gathering nectar and pollen.  Forty trips a day. It's like going to the grocery store 40 times a day. Oops, forgot something. Got to return to the store.

Bees can forage from a distance of up 5 miles away from their colony, according to Extension apiculturist Eric Mussen of the UC Davis Department of Entomology.

She's just one bee of about 60,000 in the colony. And now, she will not return. She may have eaten something she shouldn't have or may have an intestinal infection, surmised  Mussen.

Or maybe she was poisoned by a pesticide, snagged by a bird, bitten by a spider, or ravaged by Varroa mites.

Still, seeing a honey bee tumble off a blossom and die is something we humans rarely observe.

Meanwhile, her sisters keep working the blossoms, tasks needed to keep the colony alive. Back at the hive, the queen bee is busily laying about 2000 eggs a day to replace all the adult bees who die every day. 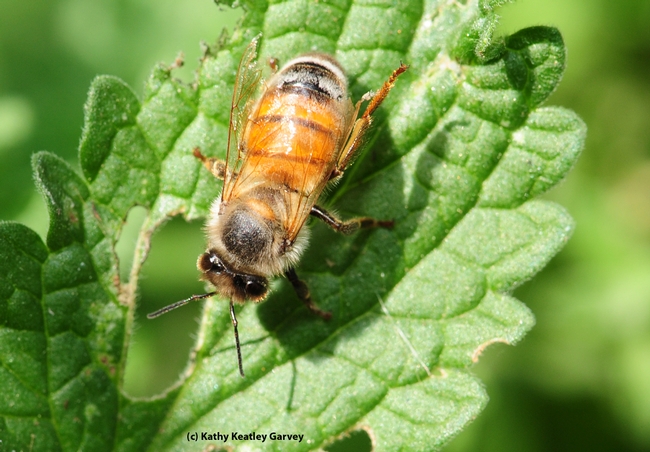 Honey bee tumbles off a flowering catmint and lands on a leaf. (Photo by Kathy Keatley Garvey) 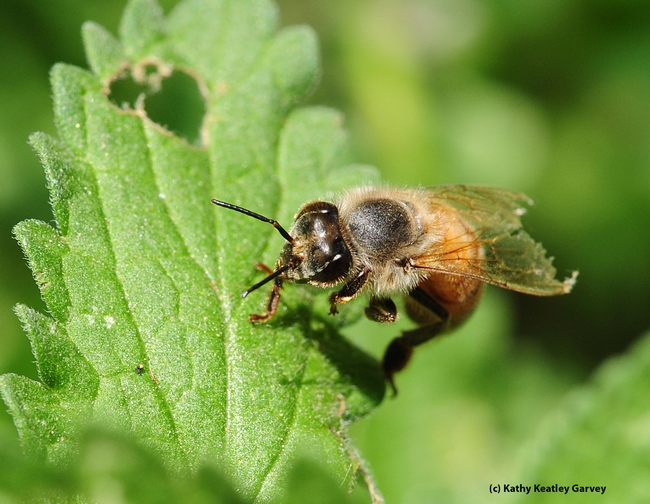 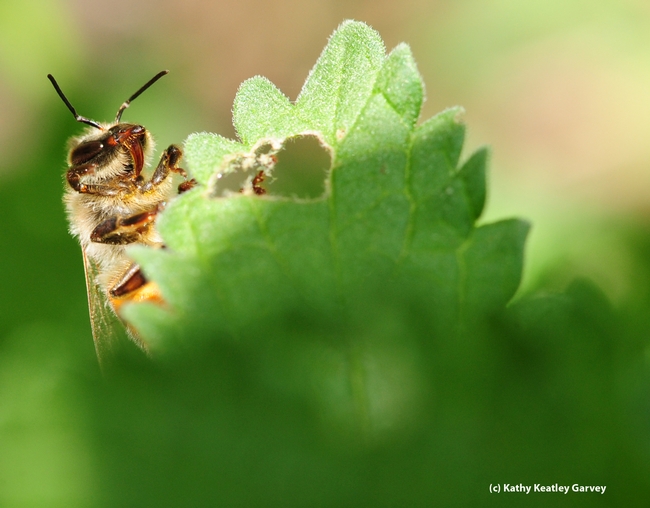