Have you seen it?

(By the way, "Desperto” means “awaken” in Portuguese.)

Kac, a native of Brazil who lives and works in Chicago, describes his runtime animation as "visual and sound tracks that  function independently and complementarily in two languages (English and Portuguese), one not being the translation of the other."

The art project starts with a slide or frame of "insects, helpless, dark" and then the words and sound jump together like so many pogo sticks.

Check out the individual frames first. Then see it in Flash (Flash plug required).

Eduardo Kac, however, is best known for Alba, the green-fluoresent bunny. A laboratory implanted a gene from jellyfish into the bunny. Under special lights, the bunny glows green.

You can learn more about him and his art when he speaks on "Telepresence and Bio Art" from 6:30 to 8 p.m., Thursday, March 5 at the Consilience of Art and Science colloquium, sponsored by the Art/Science Fusion Program at the of , .

Kac will introduce his pioneering telepresence work, give examples and discuss his current transgenic art from 6:30 to 8 p.m. in the Veterans' Memorial Center Theatre, 203 E. 14th St., Davis. The theatre is located between Davis High School and the Davis Public Library. The lecture is free and open to the public.

Following his lecture, Kac will autograph copies of his new book, Telepresence and Bio Art -- Networking Humans, Rabbits and Robots.

“Eduardo brings contemporary art into the center of the public discourse on issues that range from the poetics of online experience to the cultural impact of biotechnology to the creation of life and evolution,” said UC Davis Art/Science Fusion Program co-director Diane Ullman, associate dean of Undergraduate Academic Programs, and Environmental Sciences, and professor of entomology at the UC Davis Department of Entomology.

Kac's talk at is the third in a series of lectures in the Consilience of Art and Science colloquium. This is an event inspired by E. O. Wilson’s book, Consilience: The Unity of Knowledge.

“One of the goals of the UC Davis Art/Science Fusion Program,” said Ullman, herself an artist and a scientist, “is to explore the connection between art and science through undergraduate programs, intellectual exchanges and visual and performing arts.”

See more information about Eduardo Kac and his work on his Web site. 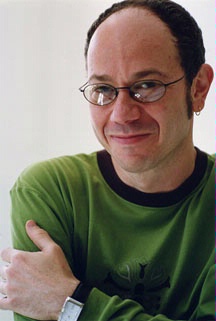