Frank Zalom
DAVIS--UC Davis entomology professor Frank Zalom, an internationally known integrated pest management (IPM) specialist, has been selected by the Consortium for Women and Research as one of this year’s five outstanding mentors on the UC Davis campus.

He will be honored at the consortium’s annual spring reception, set from 4:10 to 5:30 p.m. Wednesday, May 15in the Recreation Pool Lodge. Others honored will be Cecilia Colombi, Department of Spanish and Portuguese; Diana Davis, Department of History; Annaliese Franz, Department of Chemistry; and Archana Venkatesan, Department of Comparative literature and religious studies.

The outstanding mentor award provides “recognition and research money to faculty who have been outstanding in the mentoring of women graduate students and postdocs at UC Davis,” according to consortium director/sociology professor Laura Grindstaff.

Also supporting his nomination was Hillary Thomas of the California Strawberry Commission, who received her doctorate at UC Davis with Zalom as her major professor.

In her nomination letter, Hamby wrote that Zalom has served as a major professor for 11 doctoral students and six master’s degree students. “However, that does not even begin to enumerate the students whose lives he’s changed.  His office is always open to students, whether they are undergraduates or graduates, his own students or someone else’s.”

Noting that women are showing an increased interest in entomology, Hamby pointed out that the number of women in the Entomological Society of America (ESA) has jumped from less than two percent membership in 1957 to 19 percent in 2011.  Zalom is the elected vice president of 6000-member ESA and will serve as president in 2014.

“Frank strongly encourages women to be agricultural entomologists,” Hamby wrote. “Including myself, at least eight of his 11 Ph.D. students have been women. Not only does he encourage his students to excel in a field that is male dominated, but also to take academic positions, such as entomology faculty jobs, that continue to be male dominated today. Entomology programs average less than 15 percent female faculty and some of Frank’s best students have been the first female faculty in their departments.” Frank Zalom in strawberry field.
“From personal experience, Frank is an excellent mentor who cares for his students as people as well as professionals,” Hamby pointed out. “From the first moment I stepped into his office, Frank has treated me as a colleague and valued my insight into our research as an equal. In the three years I have been advised by Frank, I have been introduced to over 40 professional entomologists and been to over 20 meetings. These meetings range from grant planning meetings to commodity extension meetings and professional entomological society meetings.”

Under his mentorship, Hamby helped write five research grants, of which three were funded. He also helped her with networking and connections. She was invited to give three professional talks this year including a talk at the International Congress of Entomology in Daegu, South Korea.

Her research combines genomic and molecular biology techniques, fields that traditionally considered to be basic science with more traditional IPM. Zalom sought, and found, collaborators to help mentor her.

“Not only does Frank provide mentorship for me, but he encourages me to develop leadership and managerial skills by mentoring others,” Hamby wrote. “He encouraged me to interview and hire undergraduate students to help with my research and has allowed me to mentor them as young scientists.”

“Frank is an exceptional mentor because he genuinely cares about students,” Hamby said. “He considers his job to be like parenting, and accepting a new graduate student is accepting a new son or daughter. His mentorship does not end with the conferral of a degree. He stays in contact with all of his students, regardless of where their careers take them…he will make time to help them with whatever problem they are facing.”

“Frank has given me the courage and skills to attempt to become a faculty member in agricultural entomology, despite the challenges faced by my gender and the tough economic times,” Hamby said.

Grieshop, a retired Cooperative Extenson specialist in community education and a collaborator with Zalom for more than two decades, is currently working on a USDA-funded project with Zalom and Lelea and Sedell. The program targets two new moth species in California.

Zalom has “demonstrated excellent and consistent mentoring behaviors in a very challenging cross-disciplinary project,” Grieshop said, adding that Zalom’s interactions and relationships with graduate students and post-doctoral scholars have always been supportive, encouraging and extremely collaborative.”

His researchers “speak positively of his support, encouragement, openness to ideas and fairness,” Grieshop said.  For example, Zalom encouraged Lelea and Sedell to present their preliminary findings to USDA personnel; to present their work at conferences; and to produce research papers beyond the project report.

“During our biweekly meetings, it is common to hear Dr. Zalom encourage them to go beyond the final report and even to offer support to do so,” Grieshop said. “All of these behaviors reflect Dr. Zalom’s commitment to these scholars and their futures in academia.”

Lelea praised Zalom’s “openness to new perspectives, respect for the skills and talents that each of us bring to the program, and eagerness to steadfastly support emerging scholars such as Jen Sedell and myself who are human geographers and many other graduate students and post-docs who are the new women leaders in the field of entomology.”

“As a mentor, he encourages us to believe in ourselves and set goals to publish, apply for grants and jobs, and to make connections,” Lelea wrote.

Lelea noted that one facet of her research involves the controversial spraying for light brown apple moth. “Many of the community activists  that I interviewed expressed appreciation for the courage of Frank and others from UC Davis who testified at California State Senate hearings that the eradication goal of the spray program was scientifically untenable (further confirmed by a later National Academy of Sciences report).”

“One woman I interviewed said, ‘You have probably heard this from others, but UC Davis was absolutely astonishing for us. I mean the fact that Frank Zalom, and Jim Carey were able to stand up and question the program and say, wait a minute, look at this and look at that, was absolutely vital.’ ”

Sedell, seeking her master’s degree in community and regional development, lauded Zalom’s   “outstanding mentorship and support to me as a graduate student, but he has also shown me how working across the biophysical and social sciences can produce meaningful and fruitful research.” He treats his graduate and post-doc researchers as “professionals who bring critical insight into the work at hand.”

“He is as excited to learn from students as we are from him,” Sedell wrote. “That sincerity, in respect, encouragement and engagement he offers students is his most marked trait.”

Zalom has “not only provided outstanding mentorship and support to me as a graduate student, but he has also shown me how working across the biophysical and social sciences can produce meaningful and fruitful research,” Sedell related.

Zalom, who received his doctorate in entomology from UC Davis in 1978, has served as a professor, entomologist in the Agricultural Experiment Station, and Extension entomologist with the UC Davis Department of Entomology since 1980. He directed the UC Statewide IPM Program from 1986 to 2002.

His IPM leadership includes: co-chair of the Association of Public and Land-Grant Universities (APLU) National IPM Committee since 1999, IPM representative to the APLU Science and Technology Committee since 2003, and USDA Western Region IPM Competitive Grants Program manager since 2004. He served on the USAID (U.S. Agency for International Development) Board of Directors for the IPM CRSP (Collaborative Research Support Program) from 2001-05.

Zalom is a Fellow of the California Academy of Sciences (1990), the ESA (2008), and American Association for the Advancement of Science (AAAS) (2010). He received a Fulbright Senior Research Scholarship (1992-93), the ESA Achievement Award in Extension (1992), the ESA Recognition Award (2002), the James H. Meyer Award from UC Davis for teaching, research and service (2004), the Entomological Foundation IPM Team Award (2008) and its Excellence in IPM Award (2010). He was the 2011 recipient of the C.W. Woodworth Award from the Pacific Branch. In addition, he served as Pacific Branch president (2001). Zalom has authored approximately 300 peer- reviewed journal articles, book chapters and books, including Food, Crop Pests, and the Environments published by the American Phytopathological Society Press. 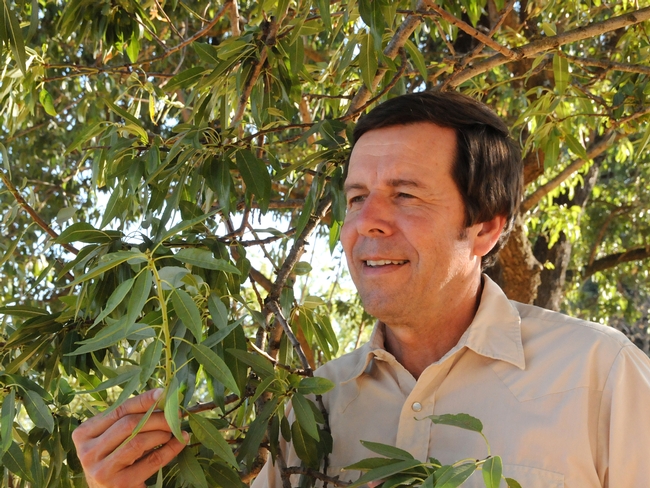