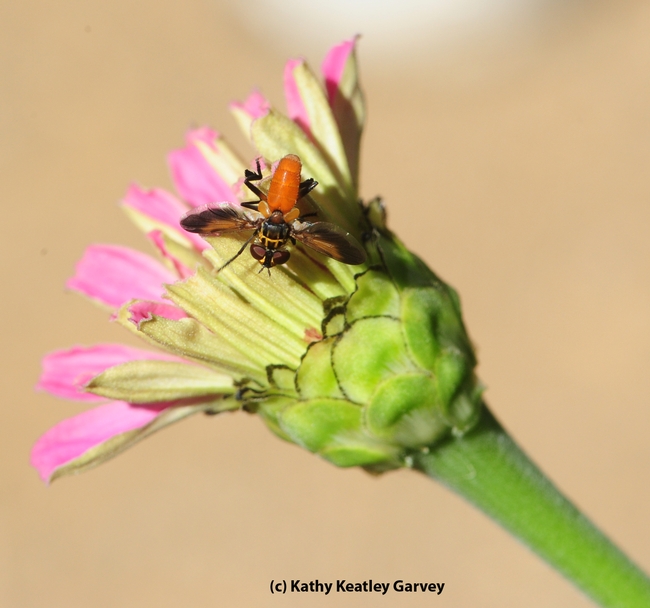 The feather-legged fly is a parasitoid that lays its eggs inside stink bugs and other agricultural pests. (Photo by Kathy Keatley Garvey)
Tags: Bohart Museum of Entomology (546), cabbage white butterflies (3), feather-legged fly (2), Lynn Kimsey (388)
Comments: 1
Comments:
by Win Rogers
on June 6, 2013 at 8:26 AM
wish i were seeing these at my place
Leave a Reply: