It's National Pollinator Week and what better time to run some photos of long-horned bees from the genus Melissodes?

These males (below) are probably Melissodes communis, according to native pollinator specialist Robbin Thorp, emeritus professor of entomology at UC Davis.

They were nectaring on salvia (sage) in a front yard in Davis, Calf., and keeping an eye out for the girls. The girls? They were dutifully carrying nectar and pollen back to their underground nests.

Melissodes belong to the family Anthrophoridae, described as a "very large family...found in all parts of the world," according to the book, Bees of the World, written by Christopher O'Toole and Anthony Raw. Melissa is Greek for "honey bee."

These long-horned bees are part of the tribe Eucerini, found all over the world except in Australia, according to O'Toole/Raw. Melissodes is a New World genera.

One thing's for sure: these ground nesting bees are fast-flying. In the blink of an eye, they're gone. 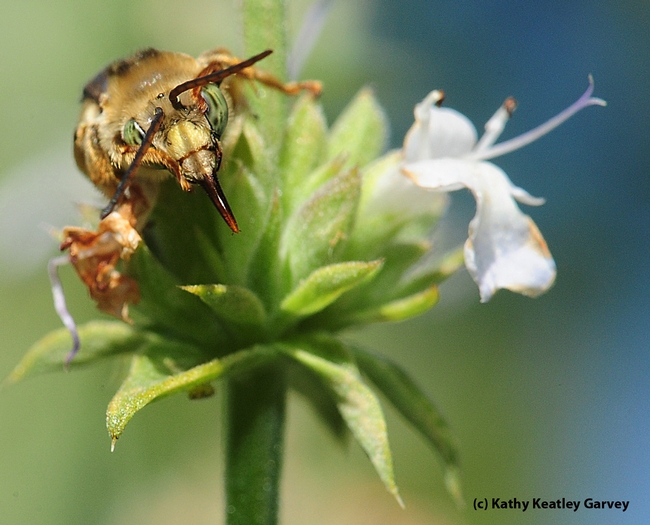 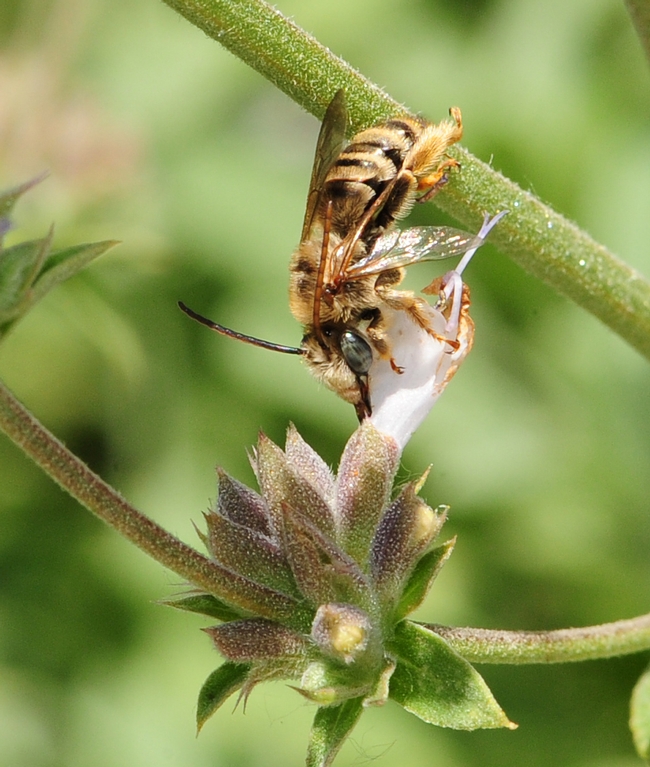 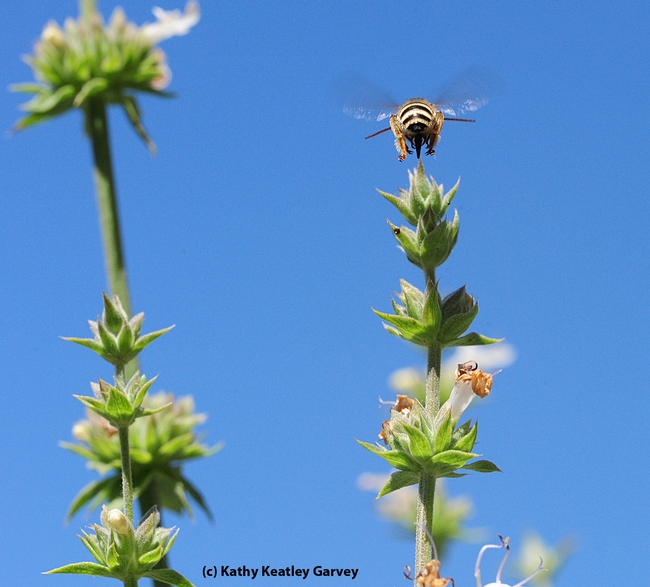