DAVIS--When entomologist James R. Carey accepted a faculty position at the University of California, Davis in March of 1980, little did he know that something would happen three months later that would frame his life’s work.

Then more.  And more.

Why, he asked, were many of the outbreaks occurring at the exact same locations year after year and with the same genetics?  Serendipity? No. “The Medfly is established in California,” he argued.

The issue challenged, controlled and consumed him, from his classroom to seminars to research publications to professional gatherings. An article in Science magazine called him “the relentless voice of dissent.” Some tagged him as “passionate”; others,  “courageous.” The opposition warned that his views would adversely affect U.S. agricultural exports and sought to censor him. Mediterranean fruit fly. (Photo by Jack Kelly Clark)
On Wednesday, Aug. 7, the “relentless voice of dissent” joined two UC Davis-affiliated colleagues, in publishing a landmark research paper in the prestigious Proceedings of the Royal Society B.

The peer-reviewed, data-intensive, described as “the most rigorous analysis ever on the fruit fly invasion in California,” examines the large-scale cryptic invasion of tropical fruit flies in California, totaling 17 different species.  It concludes that at least five—and probably more--are permanent residents of state and cannot be eradicated.

The paper, “From a Trickle to Flood: The Large-Scale, Cryptic Invasion of California by Tropical Fruit Flies,” is the work of Carey, his former postdoctoral fellow and visiting professor Nikos Papadopoulos, and UC Davis emeritus professor Richard Plant of plant sciences and biological and agricultural engineering.

Carey dedicated the research paper to former UC Davis chancellor Theodore “Ted” Hullar (1987-1994), among the first to believe in him and “the science.” Ted Hullar
“From our first conversation, Jim struck me as a serious-minded guy, with strong ideas and clear focus, pursuing his insights and beliefs no matter the struggle,” Hullar said this week.  “Good science and progress comes from that, making new paths in tough terrain, believing in the power of journey, as well as goal.”

All along, Carey asked that hard science, not politics, drive the issue.

“The Medfly history paper is highly relevant to ongoing problems in invasion biology such as control of the apple moth, but it has broader application to science on the value of universities in both fostering research on alternative ideas and in protecting scientists who raise a dissenting  voice,” commented distinguished professor Bruce Hammock, who holds a joint appointment with the UC Davis Department of Entomology and Nematology and the UC Davis Comprehensive Cancer Center. “At the time of the Medfly crisis, Dr. Carey was exploring a novel approach to studying insect populations.  This approach allowed Jim and later his colleagues, including Richard Plant, Nikos Papadopoulos, and Richard Rice, to see aspects of the problem that were over looked by others.’

“Jim Carey showed extraordinary courage in speaking out against eradication procedures that had great political inertia at the time,” Hammock said.  “Based on his data, the announcements of eradication were scientifically flawed and doomed to failure.  Sometimes in translation of science, even with the best of intentions, one view becomes so dominant that it steamrolls over dissenting opinions and new data.”

Hammock praised Carey's “courage in raising such an alternative view and the university's protection of him in raising this view.  His work has placed the study of invasion biology on a better theoretical basis.”

A respected entomologist, Carey is a fellow of the American Association for the Advancement of Science, the Gerontological Society of America, the California Academy of Science, and the Entomological Society of America.  He served on the California Department of Food and Agriculture's Medfly Scientific Advisory Panel from 1987-1994, testified on the Medfly crisis to the California State Legislature in 1990, and authored the paper "Establishment of the Mediterranean Fruit Fly in California" (1991 edition of Science). He is also the former chair of the UC Systemwide Committee on Research Policy.

In addition to his invasion biology research, Carey is a world-renowned authority on aging and longevity, directing a multimillion, multi-institutional program funded by the National Institutes of Health.

“Part of my research is to keep the Medflies alive as long as possible, and the other part is to kill them,” he quipped. "I tell my wife, Patty, that I suffer from a rare professional condition known as Medfly whiplash."

Contemplating the fruit fly invasion, Carey says: “The fruit fly invasion started like cancer, with a tiny tumor enlarging into a mass and then metastasizing. In California, the first fruit fly was detected in 1954.  Today more than 11,386 fruit flies have been found at some 3,348 locations in 330 cities. That’s three out of every four cities.”

Carey traces his interest in Medflies to his early teachings at UC Davis  “The Medfly was in the news so much, that in my  insect ecology classes, I used Medfly examples of demography instruction. This turned into handouts and then a major manuscript.

In 1987, he accepted an invitation from CDFA to join the Medfly Scientific Advisory Panel. “After the first meeting in Los Angeles, I felt something was wrong with the stock explanation that these were being reintroduced,” Carey recalled.

In 1989 Carey and colleague Richard Rice (now deceased) testified before the California State Legislature on the Medfly issue.  “We were grilled,” he said. “I told them what I had been telling my fellow panel members for nearly three years behind closed doors—that the Medfly was established. I had mapped out all the finds from the beginning on large maps and overlay paper.”

After he sounded the clarion call, the opposition targeted him.  “I thought I was putting my career at great risk,” Carey recalled.

In 1991, his article in Science on the establishment of the Medfly in California “caused a huge uproar and resulted in a blue ribbon panel and 13 submitted letters to the editor, including one from the CDFA director. Many were running for cover except Chancellor Ted Hullar who phoned me frequently to offer his support.”

In 1994, the CDFA replaced Carey on the Scientific Advisory Panel. “They reconstituted it with entomologists who were experts on the sterile insect method,” he said. “They started the $25 million-a-year ‘preventative release’ program that continues to this day.”

In 2007, the light brown apple moth (LBAM) issue drove him back to the medfly issue.  CDFA announced plans to spray, to eradicate the insect, Carey recalled. “There was zero chance of eradicating LBAM as it was spread over 10,000 square miles.”

Carey says that CDFA and USDA should look at the big picture, not the individual pixels.  Carey agrees that “CDFA needs to continue to respond to outbreaks as they occur, but he advocates long-term planning based on “the science” that the insects are established. This includes heightened monitoring levels for the agriculturally rich Central Valley, an economic impact study, risk management/crop insurance, cropping strategies, fly fee zones/post harvest treatments, emergency/crisis planning, genetic analysis and a National Fruit Fly Program.

“Inasmuch as the Mediterranean, Mexican, Oriental, melon, guava and peach fruit flies have all been detected in the Central Valley, monitoring this incredibly important agricultural region should be increased by 5 to 10-fold in order to intervene and suppress populations and thus slow the spread,” Carey declared.

“These pests cannot be wished away or legislated out of existence. Policymakers need to come to grips with this sobering reality of multiple species permanently established in our state in order to come up with a long-term, science-based policy for protecting agriculture in our state.” 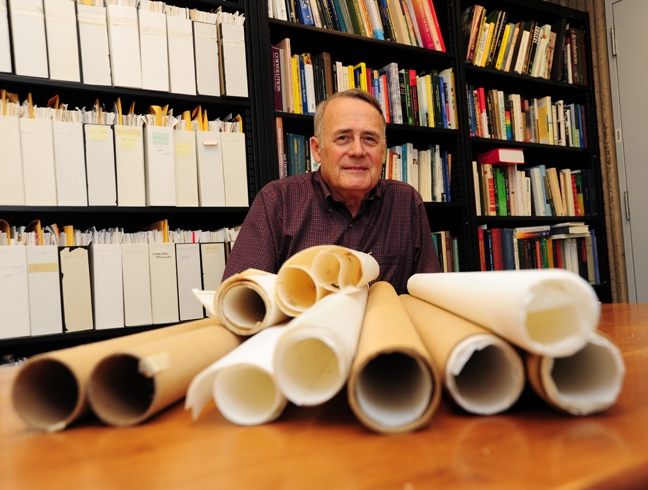