It happened so quickly.

The monarch butterfly (Danaus plexippus) fluttered to the lantana for a sip of nectar when the unexpected happened.

A praying mantis, lying in wait, leaped high and grabbed it by its wings.

Unable to fly, the monarch struggled to right itself. The praying mantis kept its viselike grip.

At the time, I was focusing on the butterfly and didn't see the predator. When I saw the butterfly struggling, I walked over to it and lifted it out of the lantana, only to find a praying mantis attached to it.

The butterfly did not make it.  The praying mantis, a female about to lay eggs, did. She will be shown at the Bohart Museum of Entomology's open house on Saturday, Sept. 21 from 1 to 4 p.m. and then released.

Theme of the Bohart open house is "Live at the Bohart!" Live? That's because the open house will feature live insects, such as cabbage white and Gulf Fritillary butterflies, Madagascar hissing cockroaches, walking sticks, a rose-haired tarantula and a “Harry Potter bug,” which is an amblypygid commonly known as a whip spider or tailless whip scorpion.

The Bohart, located on the UC Davis campus in Room 1124 of Academic Surge on Crocker Lane, formerly California Drive, is home to nearly eight million insect specimens, collected throughout the world.

At the open house, museum officials will tell you how to rear a cabbage white butterfly and other butterflies, such as Gulf Fritllaries. You can talk insects with director Lynn Kimsey; senior museum scientist Steve Heydon; public education/outreach coordinator Tabatha Yang, and others. The gift shop will be open for the purchase of t-shirts, jewelry, posters, books, insect nets and other items.

As for the praying mantis, on Saturday she will be freed to catch more prey.

Let's hope it is a cabbage white instead of a monarch. 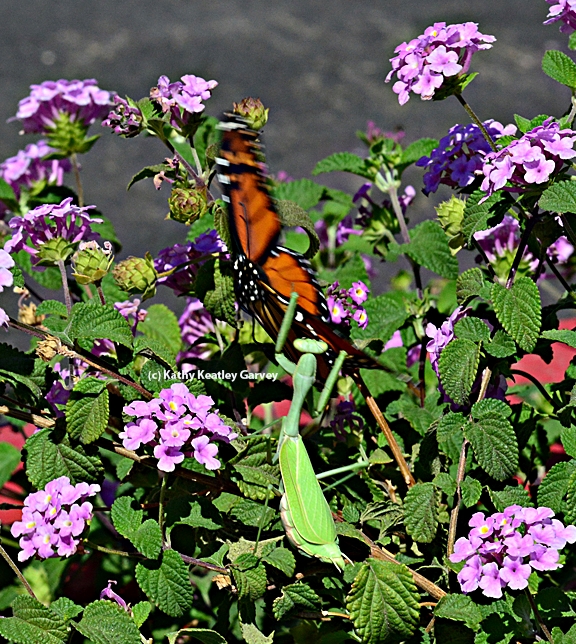 A praying mantis leaps at a fluttering butterfly. (Photo by Kathy Keatley Garvey) 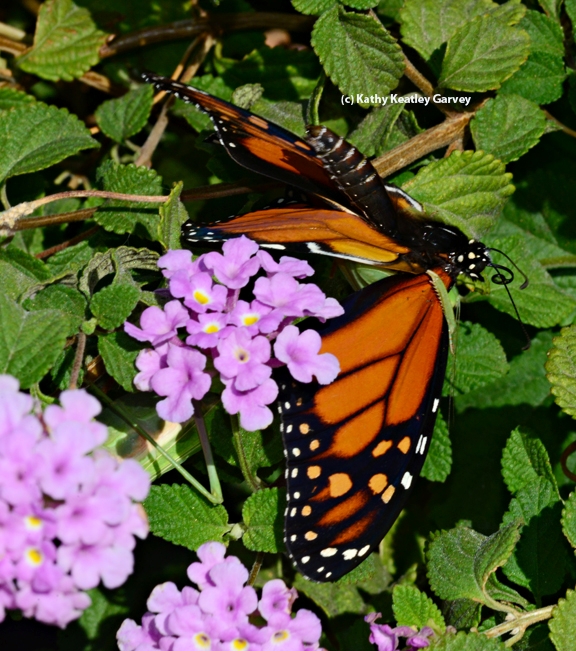 With its viselike grip, the praying mantis holds on to its prey. (Photo by Kathy Keatley Garvey) 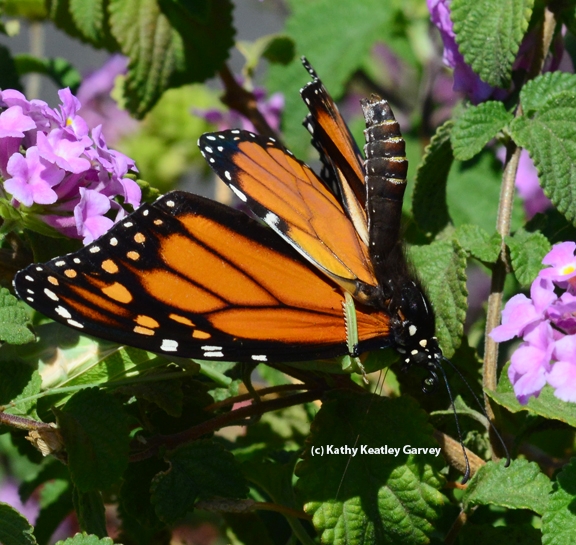 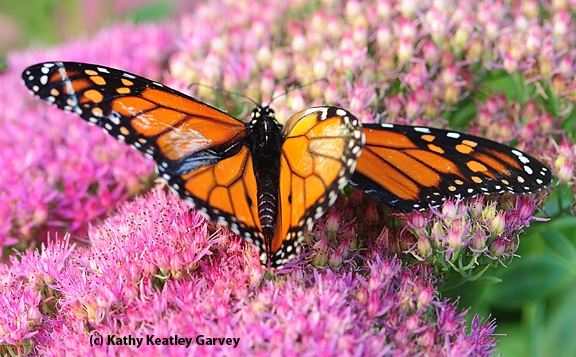