Some folks mistake the spotted cucumber beetle for a ladybug or lady beetle.

However, unlike the beneficial ladybug, which devours aphids and other soft-bodied insects, the spotted cucumber beetle is a major agricultural pest. The adults, yellowish-green with black spots, feed on the leaves of cucumbers, melons, cotton, beans and ornamentals and can spread viruses. The larvae stunt the roots of corn and other plants.

Its name is a mouthful: Diabrotica undecimpunctata (which has probably appeared on national spelling bees). True to its name, Diabrotica can be rather diabolical in your vegetable garden or flower bed.

Insect photographers often like to focus on its color and character.

But look closely and you'll also see its path of destruction. 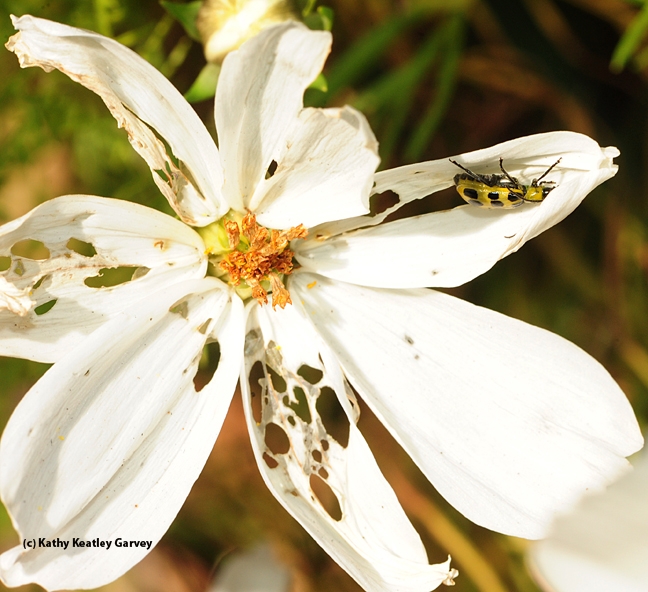 Spotted cucumber beetle and its path of destruction. (Photo by Kathy Keatley Garvey) 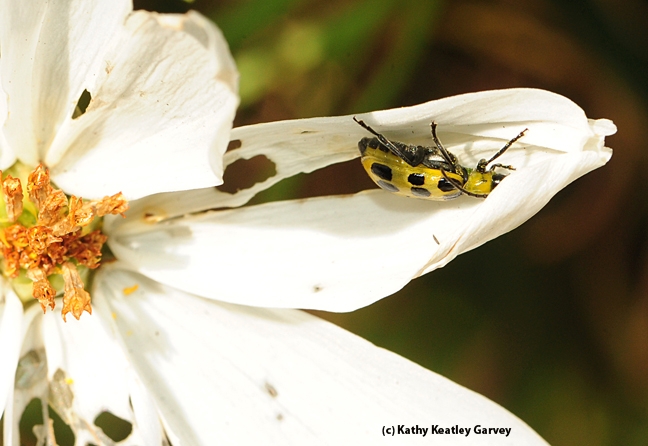