Bug Squad
sitenum=63
Happenings in the insect world
Want to Trade a Butterfly for a Beer? Art Shapiro (Photo by Kathy Keatley Garvey)
Arthur Shapiro is willing to trade a butterfly for a beer.

And it’s all in the name of science.

If you collect the first cabbage white butterfly of 2014 in the three-county area of Yolo, Solano or Sacramento, you’ll collect a pitcher of beer or its cash-prize equivalent from Professor Shapiro of the UC Davis Department of Evolution and Ecology.

It’s all part of Shapiro’s 43-year study of climate and butterfly seasonality.  He launched the annual contest in 1972 to draw attention to Pieris rapae and its first flight.

The cabbage white butterfly inhabits vacant lots, fields and gardens where its host plants, weedy mustards, grow. The male has white wings; the female may be slightly buffy. The underside of the hindwing and of the tip of the forewing is distinctly yellow and the hindwing is more or less overscaled with gray below. The black markings on the upperside, except the black at the bases of the wings near the body, tend to be faint or even to disappear early in the season.

The butterfly must be collected outdoors in Yolo, Solano or Sacramento counties and must be delivered live to the office of the Department of Evolution and Ecology in 2320 Storer Hall, during work hours — 8 a.m. to 5 p.m. Mondays through Fridays. All entries must list the exact time, date and location of the capture and the collector’s name, address, phone number and email.

“The receptionist will certify that it is alive and refrigerate it,” Shapiro said. “If you collect it on a weekend or holiday, hold it your refrigerator but do not freeze it. A few days in the fridge will not harm it.”

Shapiro, who is in the field more than 200 days a year, usually wins the contest. He has been defeated only three times since 1972. Those winners were all his graduate students, whom he calls “my fiercest competitors.” Adam Porter won the beer in 1983, and Sherri Graves and Rick VanBuskirk each won in the late 1990s. When Shapiro wins, he shares the reward with his graduate students and their significant others.

All in all, the cabbage white butterfly contest “helps us understand biological responses to climate change,” Shapiro said. “The cabbage white is now emerging a week or so earlier on average than it did 30 years ago here.”

Shapiro maintains a website on butterflies at http://butterfly.ucdavis.edu, where he records the population trends he monitors in Central California. He has surveyed fixed routes at 10 sites since as early as 1972. They range from the Sacramento River Delta, through the Sacramento Valley and Sierra Nevada mountains, to the high desert of the western Great Basin. The sites, he said, represent the great biological, geological and climatological diversity of Central California.

Shapiro and biologist/writer/photographer Tim Manolis co-authored A Field Guide to Butterflies of the San Francisco Bay and Sacramento Valley Regions, published in 2007 by the University of California Press.

A distinguished professor, Shapiro is a fellow of the American Association for the Advancement of Science, the Royal Entomological Society and the California Academy of Sciences.

For more information on the beer-for-a-butterfly contest, contact Shapiro at amshapiro@ucdavis.edu or (530) 752-2176. 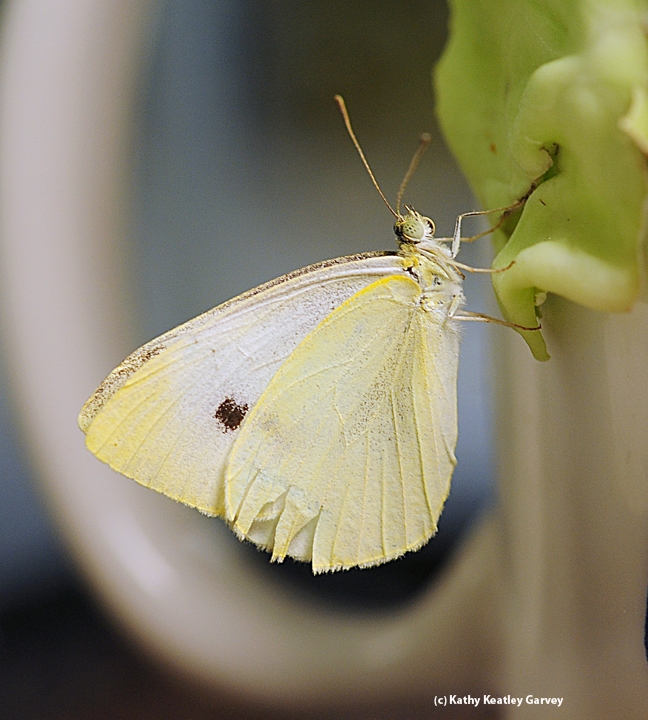