Bug Squad
sitenum=63
Happenings in the insect world
About that Pollen...

Why is that in a honey bee colony, workers can carry pollen but not the queen?

They've isolated the gene that's responsible for leg and wing development, according to a news brief in Entomology Today, published by the Entomological Society of America (ESA). The 7000-member ESA, by the way, is headed by president Frank Zalom, integrated pest management specialist and professor of entomology at UC Davis.

The scientists' bee research is published in the current edition of Biology Letters.

“This gene is critical in making the hind legs of workers distinct so they have the physical features necessary to carry pollen,” said MSU entomologist Zachary Huang.  “Other studies have shed some light on this gene's role in this realm, but our team examined in great detail how the modifications take place.”

"The gene in question is Ultrabithorax, or Ubx. Specifically, the gene allows workers to develop a smooth spot on their hind legs that hosts their pollen baskets. On another part of their legs, the gene promotes the formation of 11 neatly spaced bristles, a section known as the 'pollen comb.' The gene also promotes the development of a pollen press, a protrusion also found on hind legs, that helps pack and transport pollen back to the hive."

What the research team did was to isolate and silence Ubx, the target gene. "This made the pollen baskets, specialized leg features used to collect and transport pollen, completely disappear," Entomology Today reported. "It also inhibited the growth of pollen combs and reduced the size of pollen presses."

The scientists acknowledge that this won't provide a solution to Colony Collapse Disorder (CCD). They think, however,  that their research could lead to bees becoming better pollinators; they could carry larger pollen loads.

Speaking of loads, have you ever seen a bee so heavy with pollen that you wonder if she can lift off? It seems somewhat like a human being weighted down with a bowling ball.

The next time you observe a bee foraging, check out the pollen load. If you're lucky, you'll see the bee packing the pollen, adjusting the load before she buzzes off back to her colony. 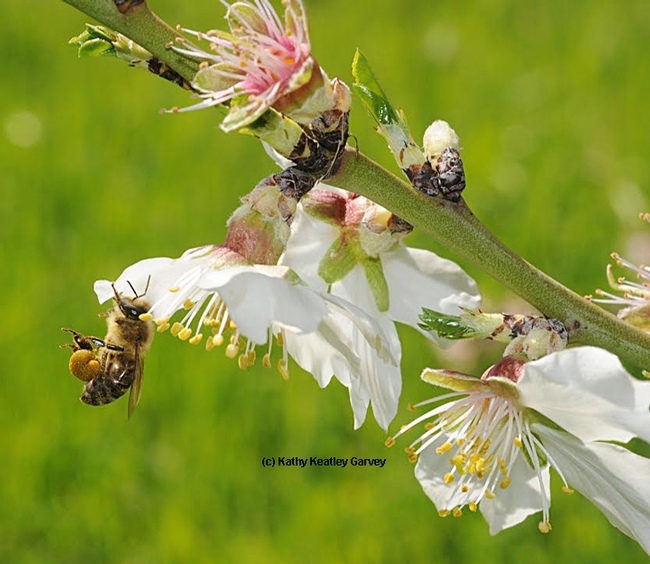 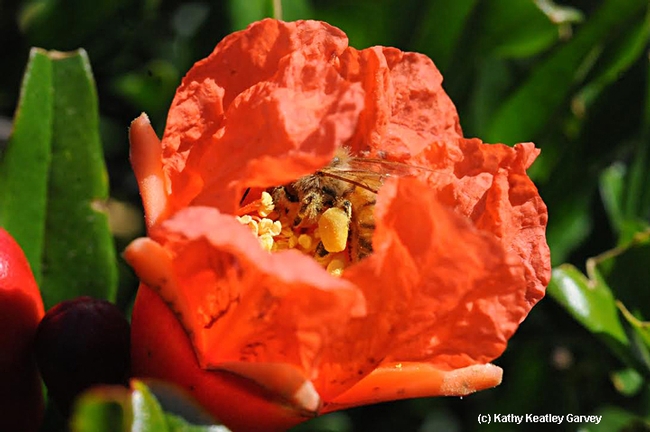