Varroa mite on a drone pupa. (Photo by Kathy Keatley Garvey)
Beekeepers know the varroa mite as "Public Enemy No. 1."

And it's an enemy to be reckoned with, Extension apiculturist Eric Mussen told students in the UC Davis "Biology of Parasitism" class, taught by forensic entomologist Robert Kimsey and nematologist Steve Nadler, Department of Entomology and Nematology.

The Varroa destructor, a native of Asia, is now found in hives throughout the world except in Australia. It was first detected in the United States in 1987.

The eight-legged reddish-brown parasite, about 1–1.8 mm long and 1.5–2 mm wide, is a blood sucker that's difficult to control, Mussen said. Mites transmit viruses (there are now some 22 named RNA viruses) that can wipe out a hive. A familiar mite-transmitted disease that beekeepers see is DWV or Deformed Wing Virus. Mites are also known lowering the protein level of a bee's blood, and reducing its weight and life span.

"A mite enters a honey bee cell just before or during the time it is being capped," Mussen said. "It feeds on older larva or prepupa. Sixty hours later, the mite lays its first egg. The egg will hatch in about 24 hours."

"The number and release of offspring depend on the length of the pupal stage. The queen is pupa for 8.5 days (no mites). The worker is pupa for 12.5 days (1.3 mites) and the drone is pupa for 14.7 days (3 or 4 mites)," he said. Thus, due to the longer time required for drone development, drone pupae get the worst of it.

Beekeepers who try to go organic, figuring that "if the bees can't make it on their own--if they're not fit--let them die" are really doing a disservice to neighboring beekeepers, Mussen said. The mite will overrun a colony and then  infest other colonies.

Public Enemy No. 1--definitely a force to be reckoned with. 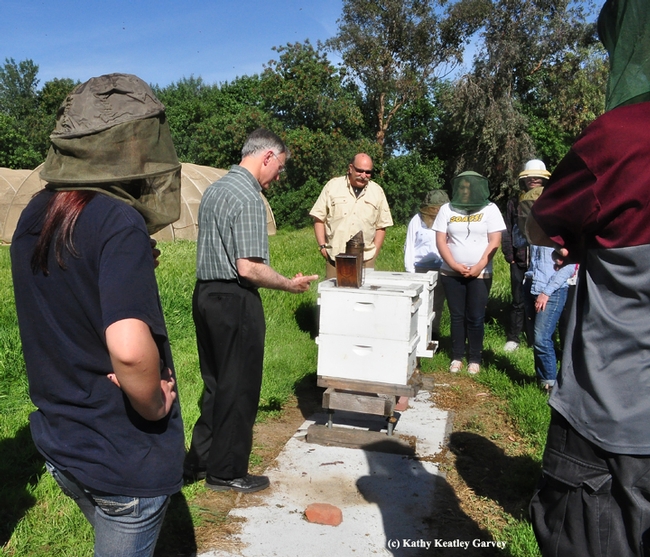 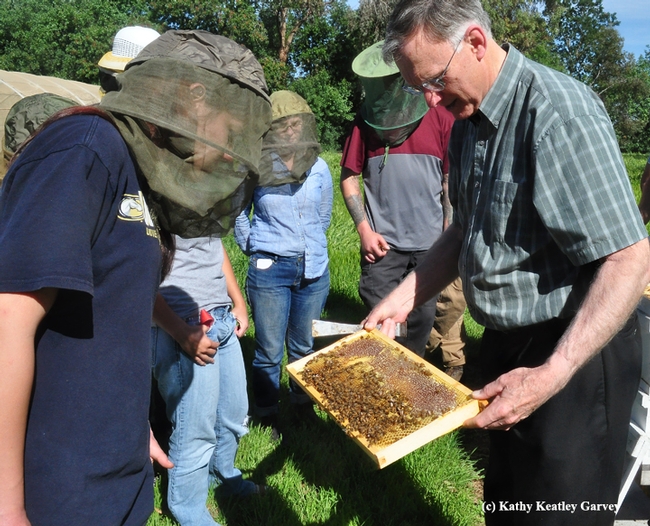 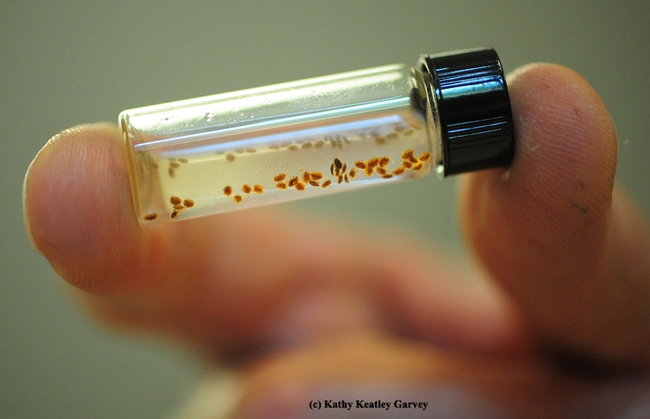 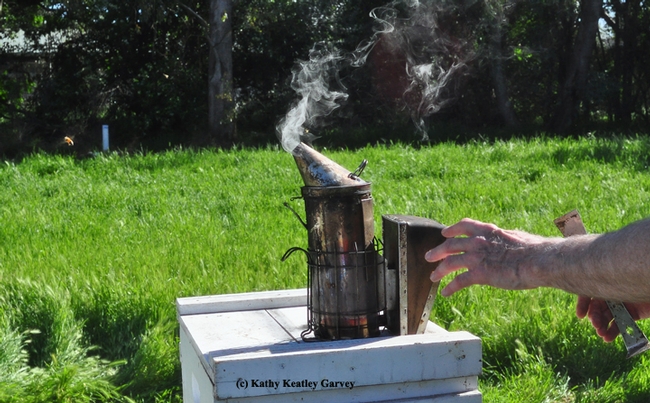