Butterfly in the family Hesperiidae, found in Belize. (Photo by David Wyatt)
A unique effort to raise funds to collect insects in the biodiversity hotspot of Belize—which would result in specimens for the Bohart Museum of Entomology at the University of California, Davis, among other goals-- is galloping into the home stretch.

“Our crowd sourcing ends on Sunday night, April 20," said wildlife biologist David Wyatt, professor at Sacramento City College.  (To learn more about the effort or to donate, check out the "Cataloging Insect and Bat Diversity in Belize" website.)

Wyatt, a professor in the field ecology program and a veteran of nine trips to Belize, in Central America, has scheduled the trip for June 2-16, 2014. A veteran of nine trips to Belize, he will guide the research team of six other biologists, including entomologist Fran Keller, his former student. Keller, who is finishing her doctorate in entomology at UC Davis, studies with major professor Lynn Kimsey, director of the Bohart Museum and UC Davis professor of entomology.

In addition to establishing a major entomology collection in Belize, the research team will conduct an inventory of bats from this area of Belize.  An added bonus to the bat work is that the team will be collecting insect ectoparasites from the bats - in particular the bat flies (Nycteribiidae and Streblidae). “These are a fascinating group of parasitic dipterans that only occur on bats with a high degree of coevolution between the bats and the bat flies,” said Wyatt, who specializes in mammals (ringtails and bats) and also extensively studies in entomology.

The researchers are also teaming with the Biodiversity Center of Belize to conduct DNA barcoding of the insect specimens they collect (each will donate a leg to the analysis) and also barcoding of small wing punches of skin from the bats.  Regular updates of the project are being blogged under the Lab Notes section of the website.  Supporters who donate are automatically informed of new Lab Notes updates by email. Fran Keller
“The trip to Belize is an excellent opportunity but it is also a necessity,” Keller said.  “Belize is a biodiversity hotspot. There is not much known about the diversity of insects in Belize. We will be establishing an entomological collection in Belize that will act as a foundation and reference collection for this region. Not only will specimens be housed in Belize, but many specimens will be brought back to the U.S. to be housed in the Bohart Museum of Entomology and Sacramento City College.”

Keller said that starting an entomological collection “is not an easy thing nor is it inexpensive. With university and governmental cutbacks, funding for basic scientific research, such as biodiversity surveys and discovering new species, is rejected and being replaced by studies focused on climate change and alternative energy resources. Insects act as indicators of climate change and understanding the distribution of insects over time informs the scientific community on how various ecosystems are being altered by climate change.”

“Our crowdsource funding is an attempt to fund research through a unique online company called Experiment.com. We are presenting our research proposal to the public and the public will decide the value by backing the project with donations that range from $5 to--well we will take any maximum amount. Any funds over the requested amount will be applied to the collection set up equipment. With only three days left we are hoping to get as many backers as possible. Getting to work with David to establish this collection in Belize is also an opportunity for a former student to give back to a dedicated mentor.”

Keller is an alumnus of Sacramento City College. She began her academic career as a microbiology major but after completing classes in natural history, entomology, and field entomology, she turned her interests from single-celled organisms to multi-cellular animals. She is now teaching science at the college.

Keller credited Wyatt with encouraging her to transfer to UC Davis to continue her education.  “David's enthusiasm and energy for teaching and entomology were contagious,” Keller said. “Although I really do enjoy cell and molecular biology, entomology is my true passion and David helped me recognize that fact. David and I have collected insects together many times in the Mojave Desert and Arizona. He also encouraged me to sign up for a one-week course in the summer to work with bats. Many bats rely on insects as their major food source.”

“I guess I have been an entomologist since I was a child but just didn't know it,” Keller said. During her childhood, she collected bees in jars and added flowers "to see what the bees would do." She and her sisters also collected caterpillars and watched them form chrysalids and emerge as butterflies. 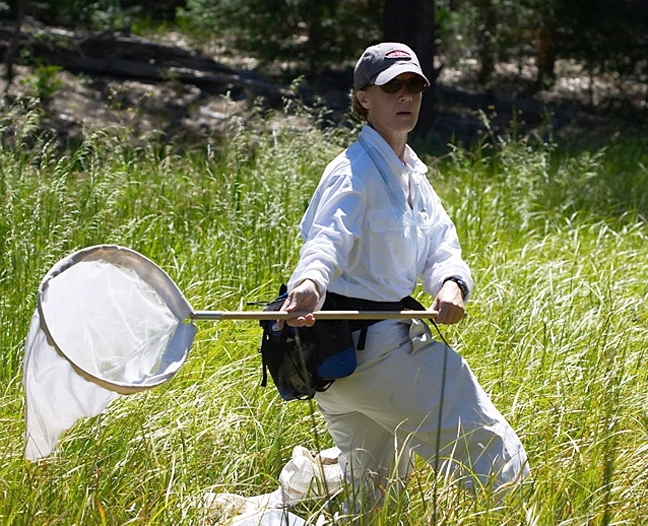 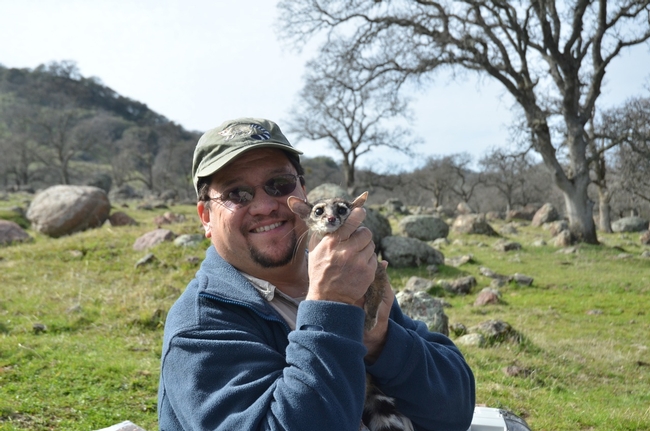