The grants,  $7.5 million from the National Institutes of Health and $2.2 million from Notre Dame University, will help fund the program for the next five years, said Scott, director of the Mosquito Research Program and the principal investigator of the dengue research program.

“There is no vaccine nor drug that is effective against this virus,” said Scott, who has studied dengue more than 25 years and is recognized as the leading expert in the ecology and epidemiology of the disease.

Dengue virus is an emerging pathogen that has been spreading globally over the last four decades, including parts of United States. Troublingly statistics show that more than half of the world's population is now at risk of infection and the severe, life-threatening disease has increased considerably.

Dengue virus is transmitted by Aedes aegypti, a mosquito that bites during the daytime as people move about in their daily routines. The two grants are:

Spatial Repellants for Control of Vector-borne Disease: The $2.2 million grant from Notre Dame University is the first-ever project aimed at dengue prevention. It will focus on studying the potential for spatial insect repellants to reduce exposure to dengue virus in people's homes. The approach has shown promise for reducing malaria infections. “Most exposure to this mosquito takes place in homes; your home or the home of a family member or friend,” Scott said. “The spatial repellant approach, by keeping mosquitoes out of the house, is an innovative approach to reduce risk of infection.” The program, led by Nicole Achee and Neil Lobo at the Eck Institute for Global Health at Notre Dame, includes research on malaria control in Indonesia, Kenya, Tanzania, and Zambia.

Quantifying Heterogeneities in Dengue Virus Transmission Dynamics: This five-year $7.3 million Program Project (P01) from the National Institutes of Health received a rare perfect impact score from the review panel who called it “exceptional” and “highly likely to achieve even its most ambitious aims.” In prior research, Scott and his colleagues showed that people play an important role moving dengue virus from one place to another throughout a city (Stoddard et al. 2013 PNAS). The new project aims to quantify how much people, with different degrees of illness, vary in their contribution to virus transmission and spread.

Scott said this is critical information for improving surveillance programs, developing more effective targeted approaches for disease prevention, and designing vaccine deployment strategies. “We have known for a long time that most dengue infections do not make people sick enough to seek medical care or see a doctor,” he said.  “What remains a mystery is the contribution of those people with mild or no illness to the spread and persistence of the virus.”

Added Morrison “It is hard finding people who are infected, but not sick because they show signs of illness. After 15 years, our team has developed the experience, infrastructure, and protocols to allow us to find these people and define their role in virus transmission. We are hopeful that our project will revolutionize thinking about dengue and lead to new approaches for its prevention.”

The five-year project is slated to begin in Iquitos later this year. In addition to Scott and Morrison, the leadership team includes Steven Stoddard of UC Davis, John Elder of San Diego State University, Alan Rothman of the University of Rhode Island, and Uriel Kitron and Gonzalo Vasquez Prokopec of Emory University.

Other collaborators on the new grant are: 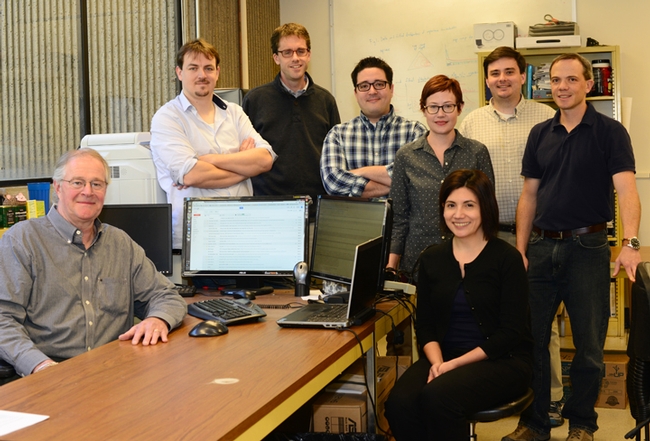