That they do. Safflower fields literally buzz with bees foraging on the blossoms. Sometimes the pollen load is so heavy it's a wonder they can fly back to their colonies.

Safflower (Carthamus tinctorius) is grown for the vegetable oil extracted from its seeds. The plant looks somewhat like a thistle. The heads of the safflower, however, are commonly yellow--not purple--but can be orange or red.

We know safflower as an ancient crop. Safflower-dyed textiles dating back to the 12th Dynasty were found in the tomb of the pharaoh Tutankhamun, according to Wikipedia.

Here in California, the name of world-renowned UC Davis scientist Paulden F. Knowles (1919-1960) is synonymous with safflower. The Canadian-born scientist, former chair of the UC Davis Department of Agronomy and Range Science, played a major role in the establishment of safflower as a California crop. Considered the "father of the safflower," Knowles gathered most of the germplasm of wild and cultivated species now in the USDA world collection.

"It is a minor crop today, with about 600,000 tons being produced commercially in more than sixty countries worldwide," Wikipedia points out. "India, United States, and Mexico are the leading producers, with Ethiopia, Kazakhstan, China, the Arab World, Argentina and Australia accounting for most of the remainder."

That's something to think about when you see honey bees touch down on the blossoms.  Or when you open that bottle of safflower oil in your kitchen... 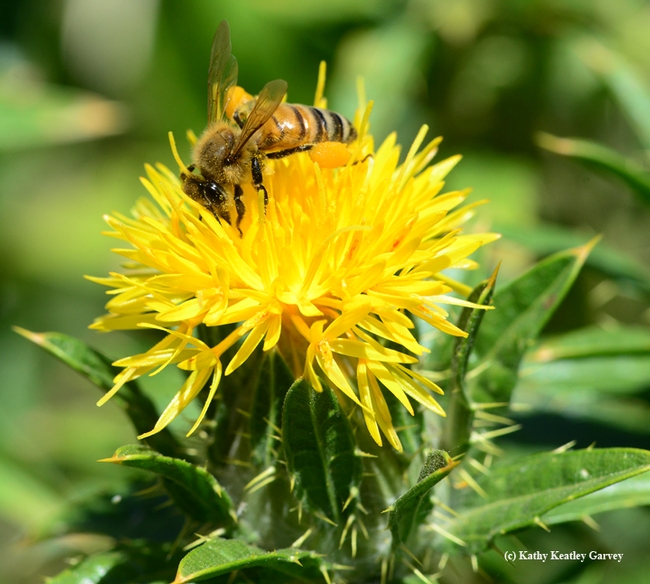 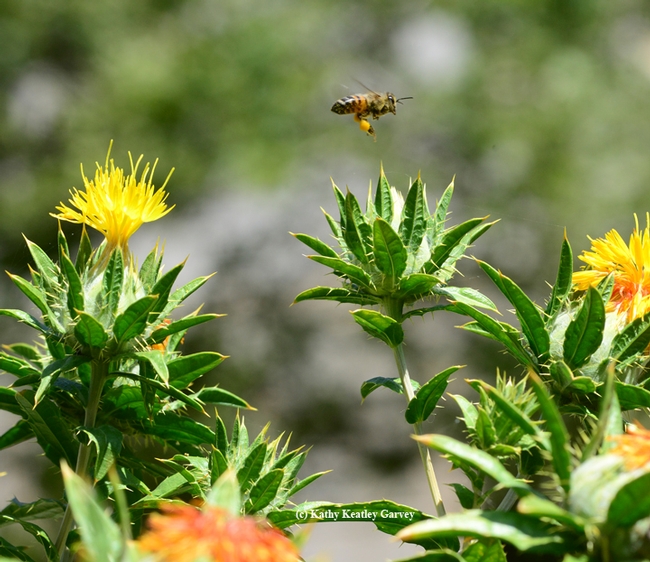