An apple a day may keep the doctor away, but thankfully, they don't keep our bees away. The blossoms, that is. We need those pollinators!

During National Pollinator Week, June 16-22, it's a good idea to pay tribute to the apple.

If you've ever photographed a bee on an apple blossom, then captured an image of apples hanging from the branches, and then aimed your camera at a basket of apples, you can easily see the connection from A (apple) to B (bounty), thanks to our bees.

Apples (Malus domestica of the rose family, Rosaceae) is an ancient fruit, originating from Central Asia. In fact, you can still find its wild ancestor Malus sieversii, there today, according to Wikipedia.

Pomologists tell us that there are now more than 7500 cultivates of apples.

Apples are not only bee business but big business. "About 69 million tons of apples were grown worldwide in 2010, and China produced almost half of this total," Wikipedia tells us. "The United States is the second-leading producer, with more than 6 percent of world production. Turkey is third, followed by Italy, India and Poland.”

Hats off to the pollinators! 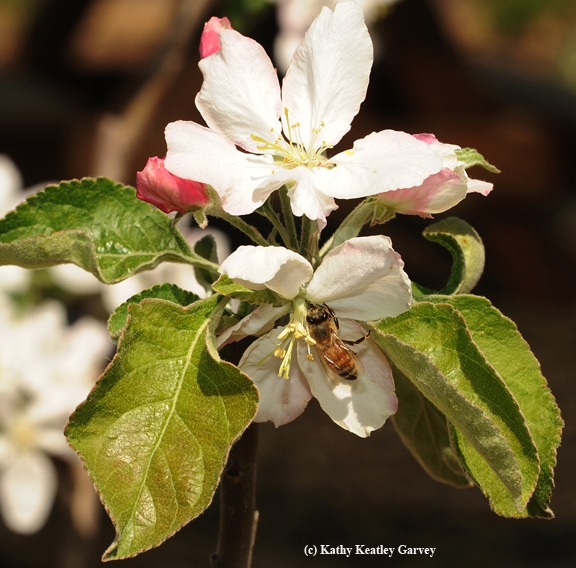 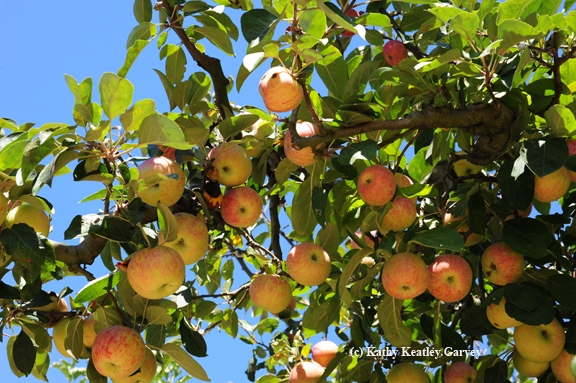 Apples hanging from a tree. (Photo by Kathy Keatley Garvey) 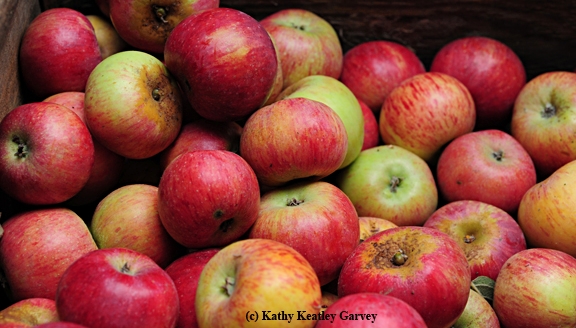 The bounty--thanks to bees! (Photo by Kathy Keatley Garvey)
Tags: apples (2), honey bees (357), National Pollinator Week (19)
Comments: 1
Comments:
by Richard
on July 15, 2014 at 7:51 PM
Apples are certainly amazing! I grow several varieties, and as my father was a beekeeper, I’m also aware of the importance of honey bees for pollination. One of my favorite varieties is the Fuji Apple. It stores well, has a lot of uses and tastes great.