Ever been to the Burning Man Festival and checked out the art cars?

But last Sunday at the Berkeley Marina, we saw an art car that looked as if it could have been at the Burning Man.

It was the wheel deal.

And a car that an entomologist could love.

Wikipedia defines an art car as "a vehicle that has its appearance modified as an art of personal artistic expression." The owners are sometimes called "Cartists."

We've seen a yellow Volkwagen painted to resemble a bumble bee. We've seen the Oscar Meyer Wienie Wagon cruising down the street. Singer Janis Joplin ("Oh, Lord, won't you buy me a Mercedes Benz?") drove a psychedelically painted Porsche. John Lennon of the Beatles wheeled around in a paisley Rolls Royce. (Perhaps it should have been a Volkswagen Beetle?)

The art car parked at the Berkeley marina, however, looked like a buffet of art, someone's leftovers turned into a heaping plate of static and dynamic creativity that begged attention. Put a fork in it and it's done.

We don't know where it had been or where it was going. Or, maybe it wasn't going anywhere any time soon.

That blue ant, though, made us think the cartist is an entomologist. Specifically, a mymecologist. 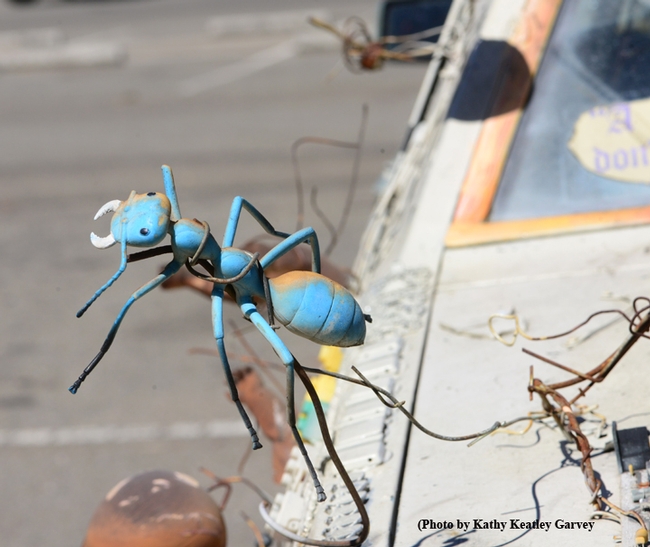 An stylized ant on the art car. (Photo by Kathy Keatley Garvey) 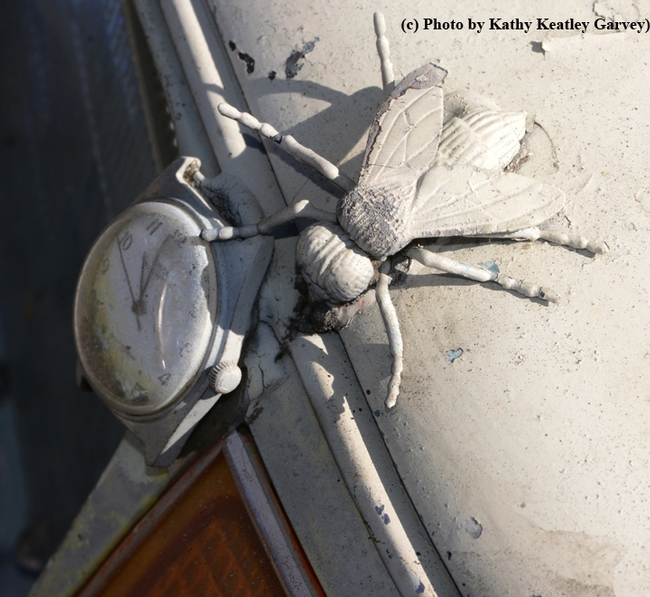 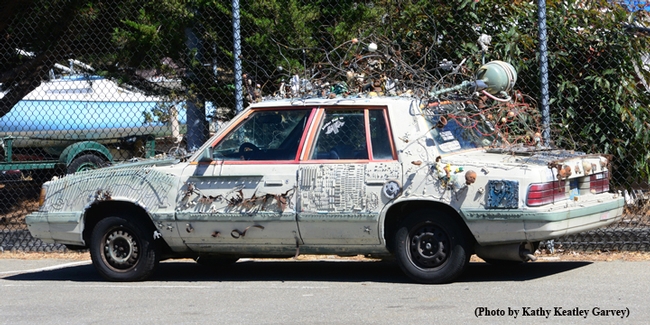 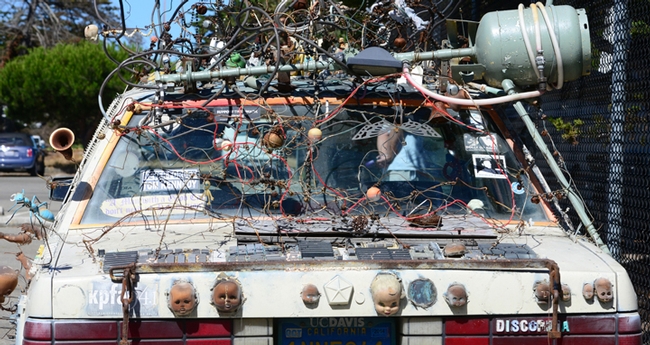