Its bright orange-red wings, spangled iridescent silver on the underside, and a four-inch wingspan all point to "showy."

The Gulf Frit is a tropical and subtropical butterfly with a range that extends from the southern United States all the way to central Argentina.  Back in September of 2009, butterfly expert Art Shapiro, professor of evolution and ecology at the University of California, Davis, excitedly announced the re-appearance of the Gulf Frit the Sacramento metropolitan area after a four-decade absence, and in the Davis area after a 30-year absence.

Yes, the Gulf Frits are back. Thankfully, they've returned to creating a nursery of sorts on our passionflower vine and their host plant (Passiflora). The eggs, caterpillars, chrysalids and adults are a delight to see.

However, the cycle of life is in full force in our bee garden. The hawks are eating the scrub jays; the scrub jays are eating the bees; and the bees are just trying to mind their own "bee business" by collecting pollen and nectar for their colonies. Always opportunists, the jays nesting in our trees are also targeting the butterflies and caterpillars. (So, too, are such predators as spiders and praying mantids.)

Today we captured several images of a Gulf Frit in flight. If you look closely, you'll see that part of her wing is missing.

That was a close one! 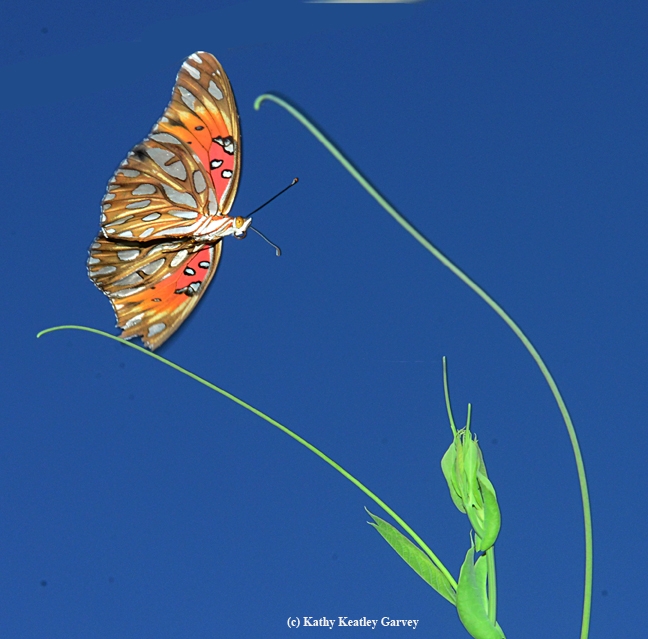 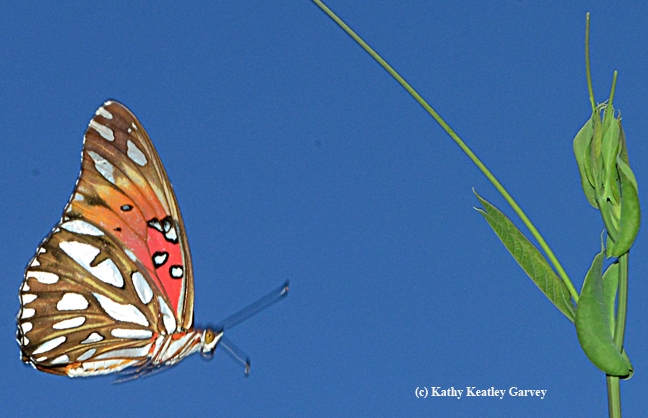 Gulf Fritillary checking out a place to lay her eggs. (Photo by Kathy Keatley Garvey) 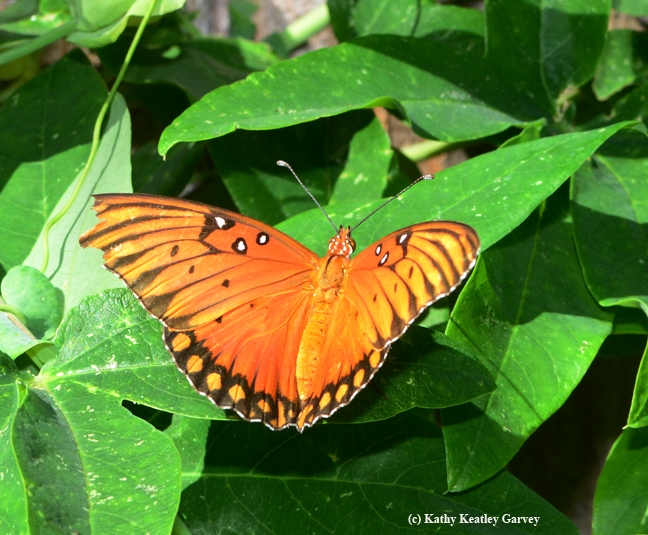