This photo of a female, Bombus vandykei, appears in the book. (Photo by Gary Zamzow)
DAVIS--“Everybody likes bumble bees. As colorful and familiar visitors to flowers, these insects have long been appreciated by artists, naturalists and farmers.”

Described as a  comprehensive guide to North American bumble bees, it's the first publication of its kind in more than a century.

Co-author Robbin Thorp, a native pollinator specialist and emeritus professor of entomology at the University of California, Davis, says bumble bees have been around for more than 100 million years but their distribution and diversity are not well known. Bumble bees are just one of the some 20,000 species of bees that populate the world. Of that number, however, only about 250 species are bumble bees, and they all belong to the genus Bombus.

In their book, lead author Paul Williams and co-authors Thorp, Leif Richardson and Sheila Colla provide detailed information about bumble bees and their history, plant favorites, distribution maps, up-to-date taxonomy, and extensive keys to identify the many color patterns of the species.

The book is drawing accolades. “A better team of scientists couldn't have written this amazing new book on bumble bees,” said Stephen Buchmann of the University of Arizona. “Readers will want to get out and find bumble bees, observe them, and learn what they can do to conserve them.”

Like many pollinators, bumble bees are in trouble as their habitat decreases and their health issues increase, Thorp said.

Wrote the co-authors: “Bumble bees have specific habitat requirements for nesting and overwintering, and a third aspect of habitat, forage, is even more important." UC Davis campus and the surrounding Yolo County are not a real hot bed for bumble bee diversity,” Thorp said.  “There are six species that have been recorded from the county, and one that's rarely seen.”

The primary species found in Yolo County are: This is a Bombus crotchii queen. (Photo by Gary Zamzow)
Two other species are uncommon in Yolo.  “Bombus pensylvanicus (sonorus) which used to be common here, declined drastically by the year 2000,” Thorp said. “I know of only a couple of records of it since 2000--in 2003 and 2006.” Not seen in the last decade: the Western bumble bee, Bombus occidentalis.

A bumble bee that Thorp has been trying to find for nine years is also included in the book: Franklin bumble bee, Bombus franklini.  Its known distribution is a small geographic range in southern Oregon and northern California. The species declined sharply in 1999 and is feared extinct. Thorp last saw it in 2006.

Thorp, who joined the UC Davis faculty in 1964, retired in 1994 but continues to maintain his bee research, based at the Harry H. Laidlaw Jr. Honey Bee Research Facility on Bee Biology Road.  His research involves the role of native bees in crop pollination, the role of urban gardens as bee habitat, and declines in native bumble bee populations. He is also heavily involved with the Jepson Prairie Reserve, researching the specialist bees in the vernal pool ecosystems. Bombus fervidus, formerly Bombus californicus, on a purple coneflower. (Photo by Kathy Keatley Garvey)
A fellow of the California Academy of Sciences and an E. A. Dickson Emeritus Professor, Thorp co-teaches The Bee Course, offered annually through the American Museum of Natural History, New York, at its Southwest Research Station, Portal, Ariz. This is the western bumble bee, Bombus occidentalis. (Photo by Kathy Keatley Garvey)
Thorp and other colleagues have another book coming out in October 2014.  He and UC Berkeley entomologist Gordon Frankie teamed with entomologist/insect photographer Rollin Coville of the Bay Area and botanist Barbara Ertter of UC Berkeley to produce California Bees and Blooms: A Guide for Gardeners and Naturalists, published by Heyday.

Thorp and Coville, along with bumble bee enthusiast Gary Zamzow of Davis and UC Davis communication specialist Kathy Keatley Garvey, were among the more than 60 photographers providing photos for the book.

“Bumble bees are gentle and charming creatures,” said Zamzow, who photographs bumble bees on travels throughout the country. “They're fun to watch and photograph. The best way to find bumble bees is to look for flowering plants. When photographing bumble bees, try to photograph as many views of the bumble bee as possible—front and back.” 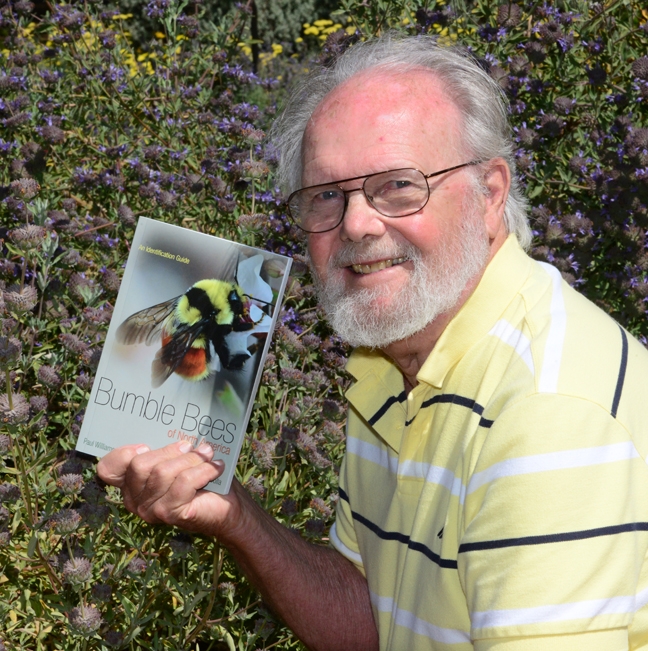 Robbin Thorp is a co-author of "Bumble Bee of North America." (Photo by Kathy Keatley Garvey) 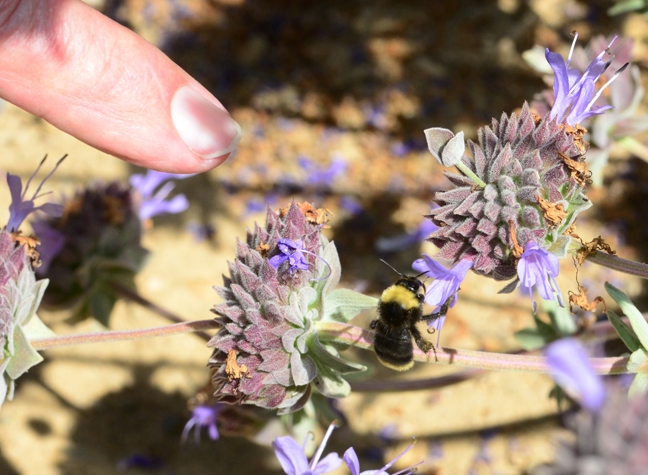 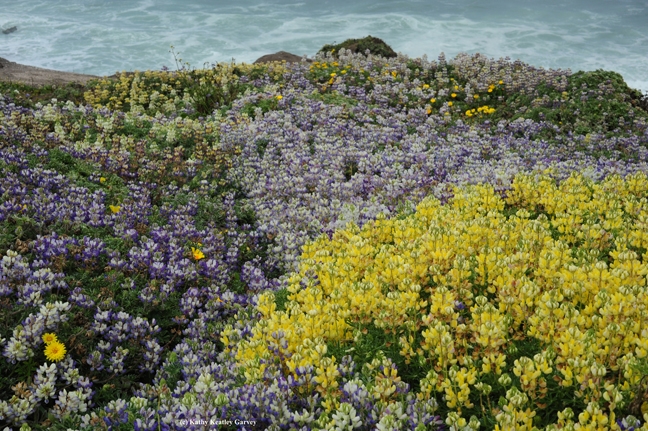 This photo of lupine at Bodega Head appears in the book. (Photo by Kathy Keatley Garvey) 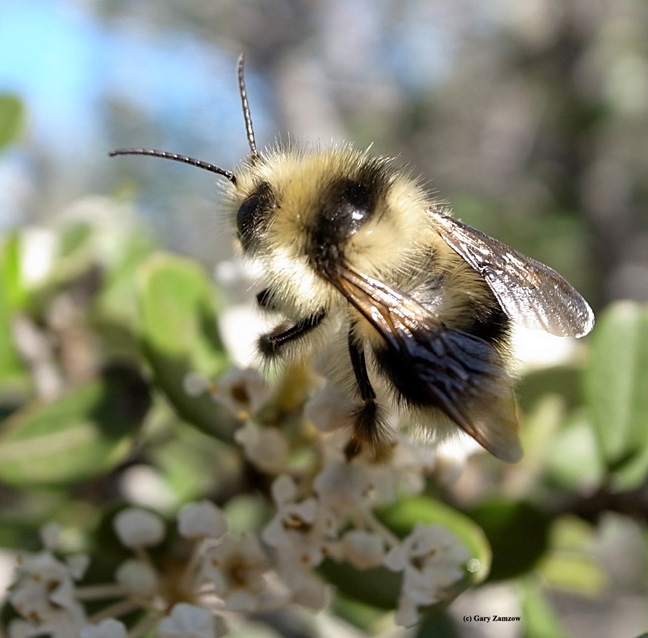