Who doesn't love a praying mantis?

Certainly not a butterfly or a bee.

We humans, though, are fascinated by them. First, there's the problem of finding them. Often they're so camouflaged that we don't see them until they rustle the leaves and snatch a moving prey. An accidental shot of water from a sprinkler or faucet also will prompt them to emerge.

Lately we've been seeing a light brown praying mantis hiding in our fading lavender. At night it sleeps one stem over from the row of male longhorned bees, Melissodes agilis. The female bees return to their nests at night, but the males sleep on stems. (Native pollinator specialist Robbin Thorp, emeritus professor of entomology at UC Davis, calls this "The Boys' Night Out.")

Despite its proximity to many food sources, we've never seen this particular praying mantis catch or eat anything.

Maybe this is why: A biologist named Linda who lives in Groningen, the Netherlands, wrote this on her "Keeping Insects" website:

"A praying mantis won't eat a few days before it will shed its skin (molt). This is normal. After molting it will start to eat again. When a praying mantis will not eat even though it does not need to molt, it can help to offer it a different prey species. Do not worry too much, a mantis can live for 2 weeks without any food."

Molting? Sure enough. The next time we spotted the praying mantis, we also saw his discarded skin. 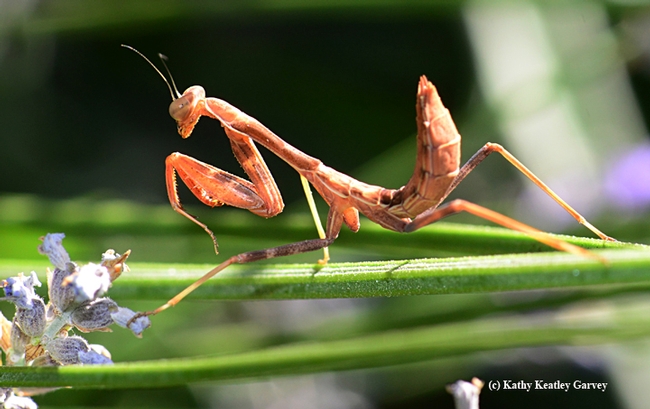 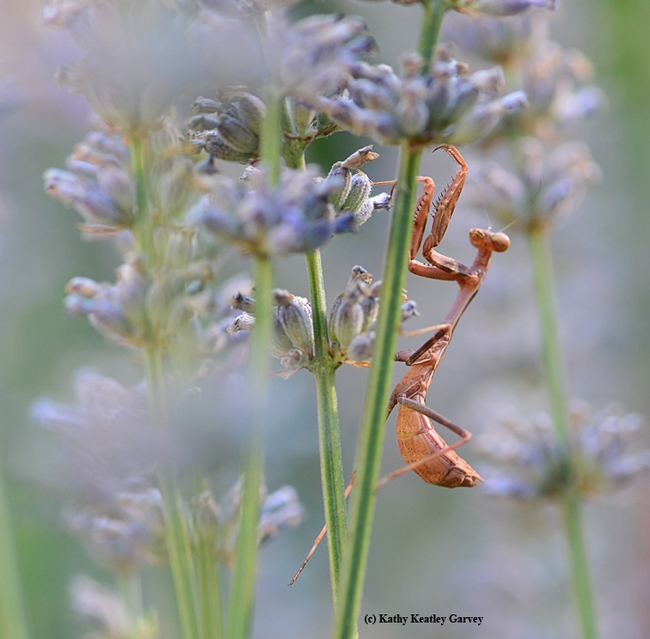 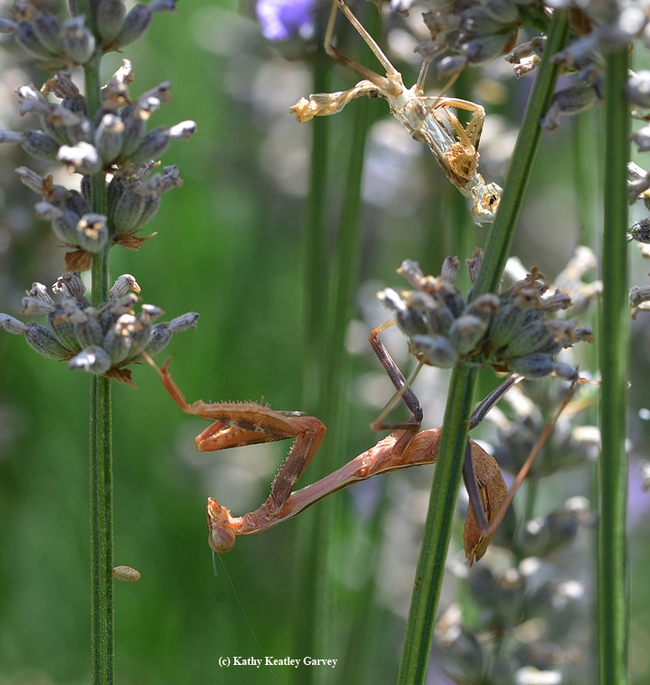 The praying mantis has just moulted. Note the shedded skin above it. (Photo by Kathy Keatley Garvey)
Tags: lavender (28), moulting (1), praying mantis (91)
Comments: 1
Comments:
by Win Rogers
on July 16, 2014 at 11:12 AM
The way the colors and depth of field came out in that second photo is really awesome.
Leave a Reply: