If I were in charge of a praying mantis' daily diet, I would enforce one stringent rule: "Please don't eat the pollinators! Do not, I repeat, target the bees or butterflies. Leave them alone!"

The mundane menu would include flies, gnats, stink bugs, aphids, mosquitoes, yellowjackets, grasshoppers, leaffooted bugs and not much else.

But since I'm not likely to be employed as the chef of a praying mantis' diet, these predators can--and do--eat what they want.

This morning I encountered a praying mantis perched on a Mexican sunflower (Tithonia) in our bee garden. He saw me. He swiveled his head about 180 degrees as he followed me with his five keen eyes--two large compound eyes and three smaller simple eyes. Hmm, not potential prey.  He went about "praying"--bending his front legs and "assuming the position."

So, what did he catch? A beautiful Western tiger swallowtail (Papilio rutulus) which made the fatal mistake of landing on his flower.

Yes, a praying mantis has to eat. Yes, he was hungry. Yes, it's nature. But why not a stink bug?

He polished off a butterfly. 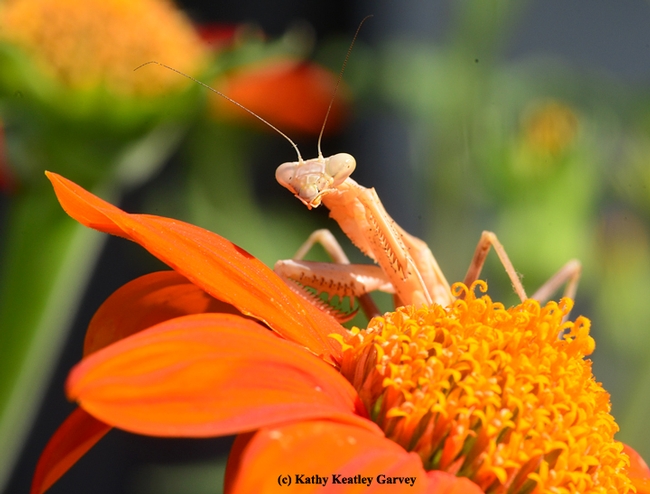 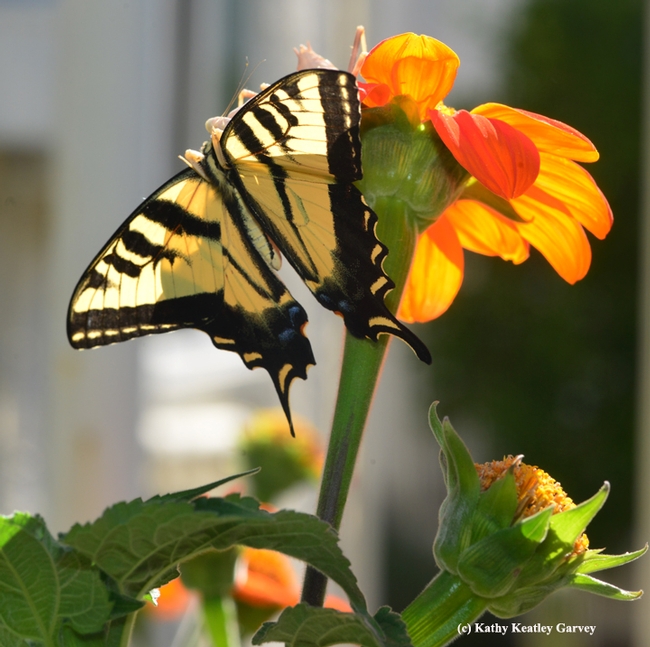 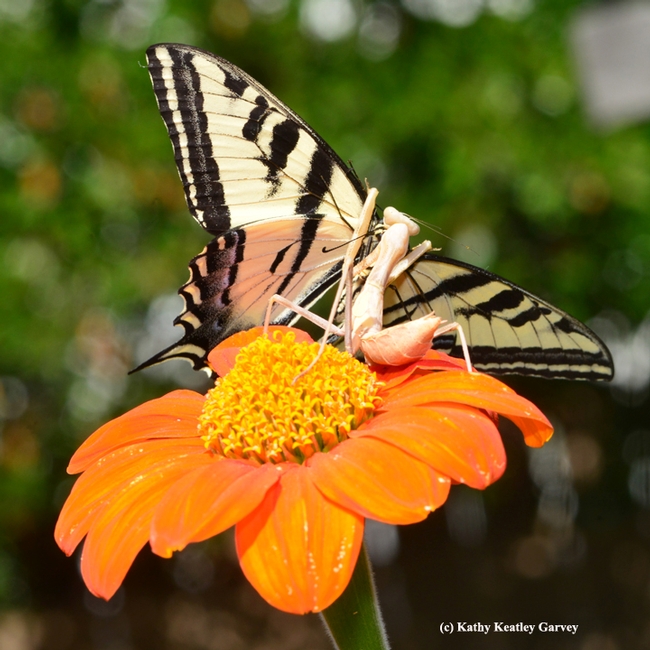 The predator gripping his prey. (Photo by Kathy Keatley Garvey) 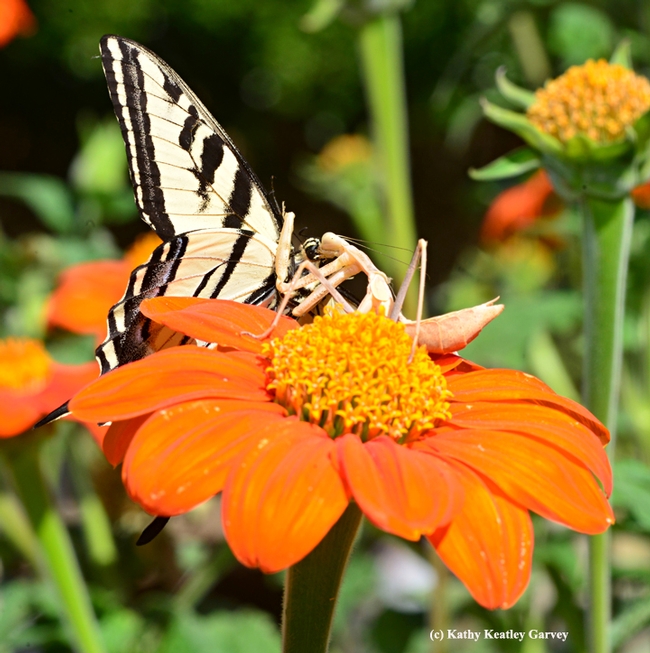 Wonderful capture.So open with a clear view of the prey. We are a waystation #5375 in Fullerton California. One year we had over 80 mantis. It was heartbreaking how much damage they can do to butterflies. And I never did see them once eat any aphids. Thanks for sharing your pictures. God Bless.
Leave a Reply: