San Joaquin County 4-Hers won the California State Fair's 4-H Cooking Throwdown on Tuesday, July 22, 2014 in Sacramento.  The team members were Elisabeth Watkins, 13 years old, Anthony Nims, 11 years old and Giovanni German, 17 years old all from the Linden-Peters 4-H Club.  This was the only team from San Joaquin County to participate in the event on the fairgrounds.

The second year event was a real challenge for the three teams who cooked three entrees in 60 minutes featuring a secret ingredient.  The team competed in the first round against one other team.  Using hot dogs as a secret ingredient Watkins prepared a corn dog by making a mini corn muffin with a bit size hot dog; German created a chicken and hot dog sandwich; and, Nims plated a funnel cake with cinnamon sugared peaches and hot dogs to win the first round.

Only two teams competed in the championship round. The opposing team represented a 4-H club in Madera County.  After incorporating the secret ingredient "watermelon" into three more entrees, the judges named  the San Joaquin team Champions of the 4-H Junior Cooking Throwdown.

During this round Watkins plated cubed watermelon with goat cheese drizzled with reduced balsamic; German sautéed watermelon and vegetables and served them over a pork chop topped with a watermelon/wasabi sauce; and Watkins and Nims deep fried a slice of watermelon in a sweet batter and served it with a watermelon/strawberry slush.  "The second round was much easier because we just cooked and were able to taste each other's dishes and share our thoughts as we cooked," explained Watkins.

Another contest was held on the Thursday with senior age 4-H teams.  The winner of the senior division will advance to a national contest in Texas next month.

This was Watkins' second year to claim the champion title.  She is already looking forward to next year's "secret ingredient" and the possibility of competing at the national level. 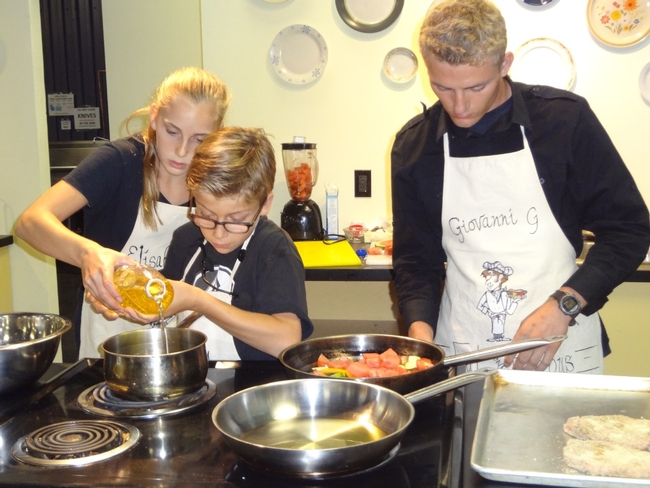 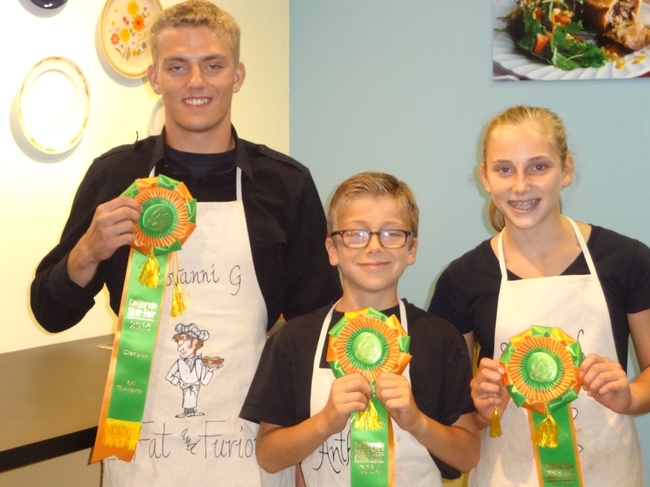