Bug Squad
sitenum=63
Happenings in the insect world
The Strippers

Not anything to do with that thriving business known as "The Strip Club" in Las Vegas.

The strippers we have are Gulf Fritillary caterpillars, which can skeletonize their host plant, the passionflower vine (Passiflora) faster than you can sing "Supercalifragilisticexpialidocious" (Mary Poppins movie) forward and backwards ("Dociousaliexpilisticfragicalirupes").

Seems as if one minute the plant is bursting with shoots, tendrils, leaves, flowers and stems, and the next minute, nothing but lots of little larvae.

But we like it that way. The tiny reddish orange caterpillars will turn into glorious reddish orange butterflies, Agraulis vanillae. It's a tropical and subtropical butterfly with a range that extends from the southern United States all the way to central Argentina, according to butterfly expert Art Shapiro, distinguished professor of evolution and ecology at the University of California, Davis, who has monitored scores of butterfly species in the Central Valley for more than four decades. (See his website.)

You probably remember the story. Back in September of 2009, the professor excitedly announced the re-appearance of the Gulf Fritillary butterfly in the Sacramento metropolitan area after a four-decade absence, and in the Davis area after a 30-year absence.

True, some gardeners don't like to see their plants reduced to a skeleton, something they think should appear only on  Halloween night.

But to us--and many others--passionflower vines are just food for the caterpillars. To be a butterfly, you first must be a caterpillar. 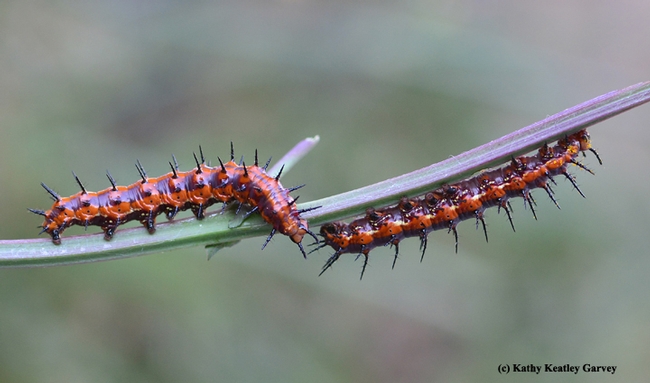 Two Gulf Fritillary caterpillars meet on a stem after having munched all the leaves. (Photo by Kathy Keatley Garvey) 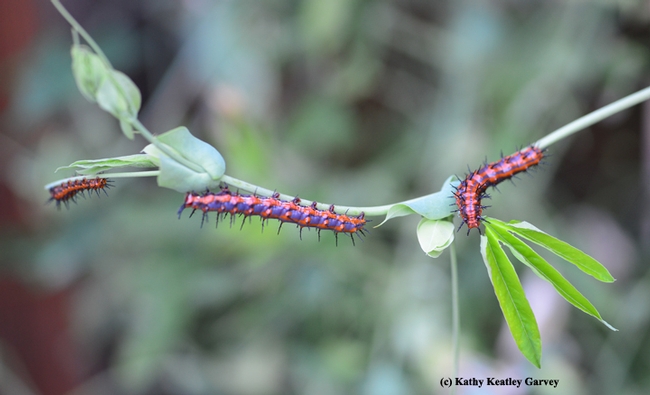 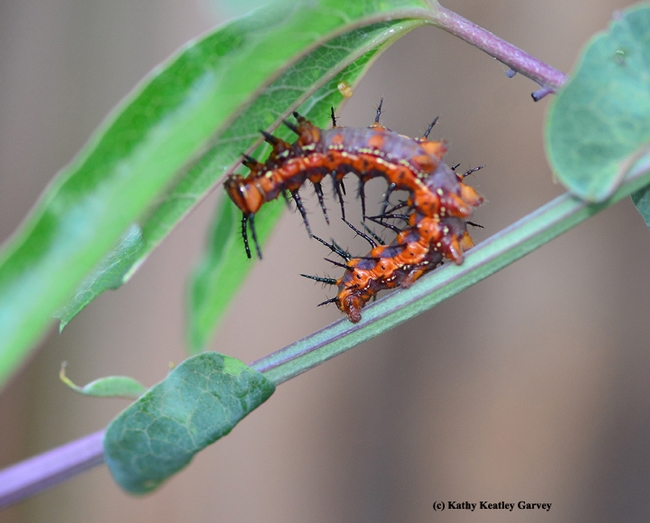 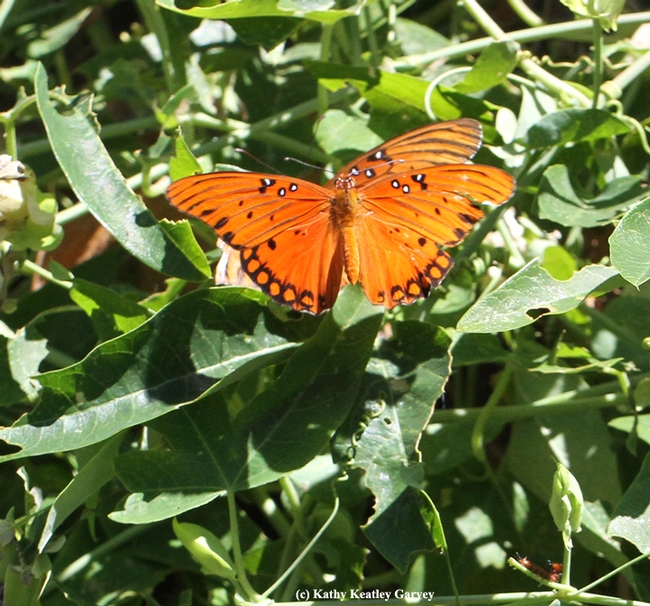