It's like "old home week" when these two get together. The plant (Digitalis purpurea) and the bee (Anthidium manicatum) are both native to Europe.

European wool carder bees, so named because the females collect or "card"  leaf fuzz for their nests, were introduced in New York in 1963, and then began spreading west. They were first recorded in California (Sunnyvale) in 2007.

Honey bees (Apis mellifera) arrived in America 341 years before their cousins. European colonists brought the honey bee to America (Jamestown colony, Virginia) in 1622, but the honey bees didn't make it to California (San Jose area) until 1853.

Now they're together again, so to speak, but it's not a happy situation when a male wool carder bee spots a foraging honey bee.

Male European wool carder bees are very aggressive and territorial. They'll "bonk" other insects that land on "their" flowers such as lamb's ear, catmint and basil. They'll bodyslam honey bees, butterflies, sweat bees, carpenter bees, bumble bees and even a hungry praying mantis or an eight-legged spider (arachnid) or two. It's all about trying to save the floral resources for their own species so they can mate and reproduce.

They know each other well. 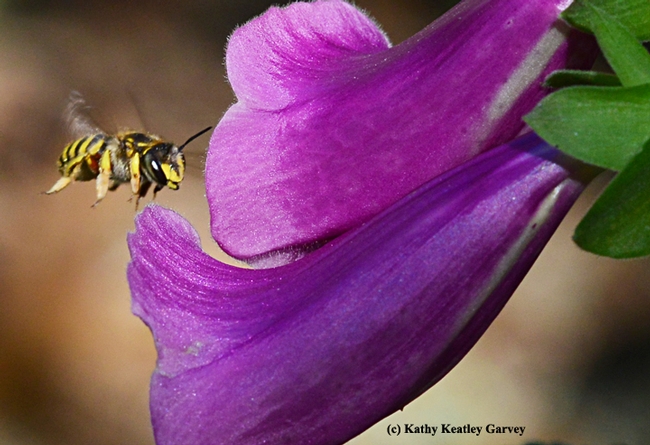 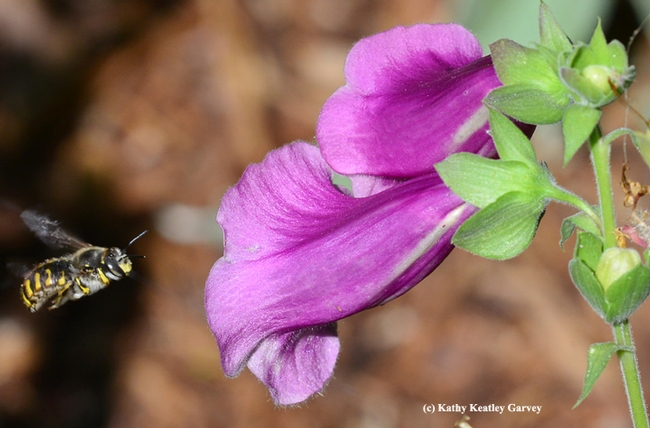 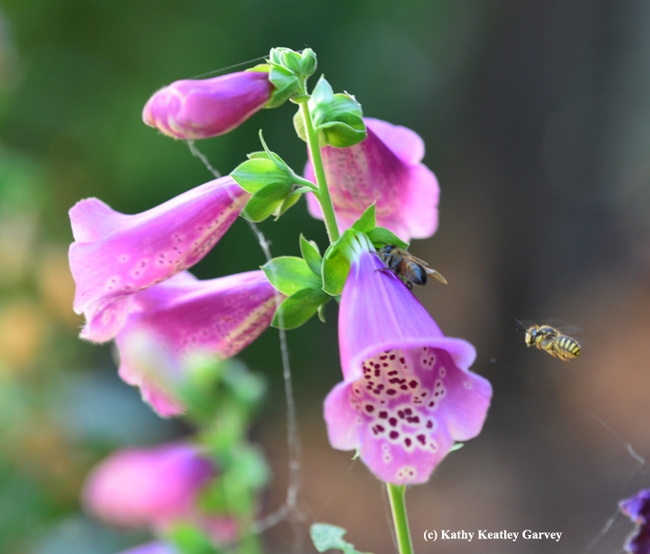 Male European carder bee (right) targeting a honey bee that is seeking nectar from a hole drilled by a carpenter bee. (Photo by Kathy Keatley Garvey) 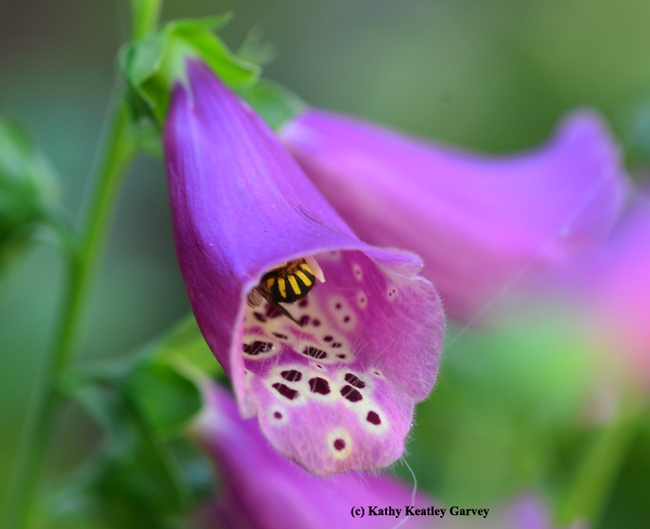