Female sweat bee (Svastra obliqua expurgate) on purple coneflower (Echinacea purpurea). (Photo by Kathy Keatley Garvey)
The Häagen-Dazs Honey Bee Haven, part of the UC Davis Department of Entomology and Nematology is a half-acre bee friendly garden on Bee Biology Road, west of the central campus. It was founded and "came to life" during the term of interim department chair, Professor Lynn Kimsey, director of the Bohart Museum of Entomology, who coordinated the entire project.

The garden, planted in the fall of 2009, is located on Bee Biology Road, next to the Harry H. Laidlaw Jr. Honey Bee Research Facility.

Kimsey was singled out for her work when the Pacific Branch of the Entomological Society of America honored her and four others--"The Bee Team"--with the 2013 outstanding team award. 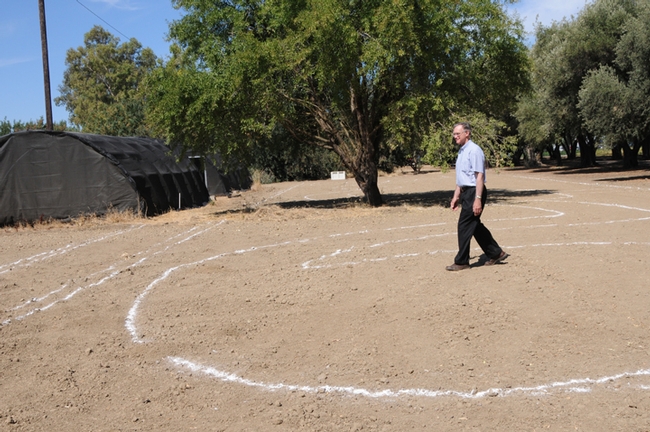 The beginning of the haven. Extension apiculturist Eric Mussen walks the site. This photo was taken Aug. 12, 2009. (Photo by Kathy Keatley Garvey) 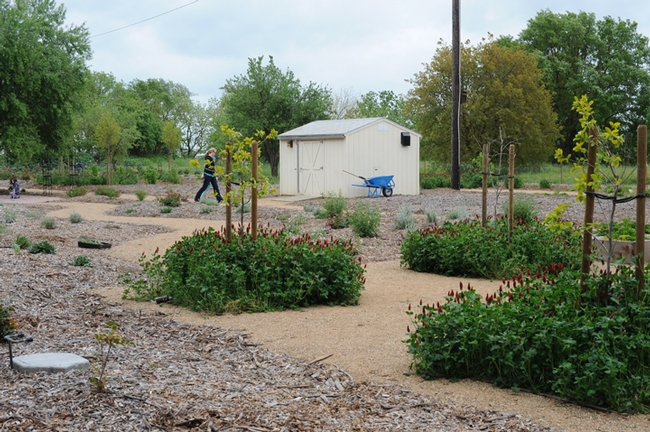 Missy Borel Gable was the first coordinator of the haven. This photo was taken April 10, 2010. (Photo by Kathy Keatley Garvey) 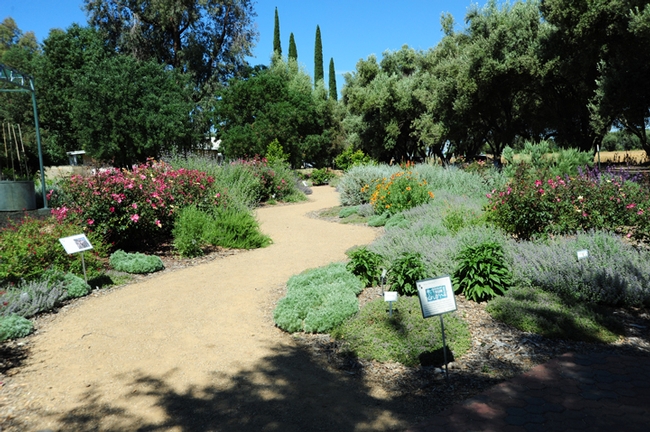 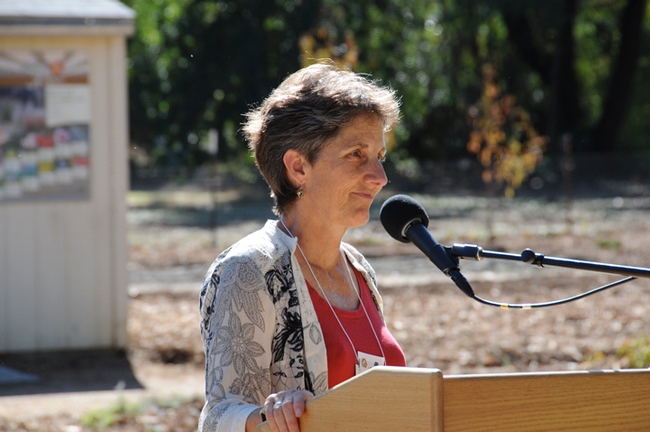