The West Nile virus mosquito, Culex quinquefasciatus, found throughout much of the world? Check.

Cornel's name appeared in the news this week when the UC Davis lab of Walter Leal announced that it had found the odorant receptor that repels DEET in the southern house mosquito, Culex quinquefasciatus mosquito. Cornel provided the mosquitoes that allowed the Leal lab to duplicate his colony. Proceedings of the National Academy of Sciences (PNAS) published the work Oct. 27. Malaria mosquito, Anopheles gambiae. (Photo by Anthony Cornel)
Cornel, based at the UC Kearney Agriculture and Research Center, Parlier, and an associate professor in the UC Davis Department of Entomology and Nematology faculty, has studied mosquitoes for more than two decades. He collects, rears and researches mosquitoes from all over the world, including the United States, Mali, Cameroon, Comoros, Tanzania, South Africa and Brazil.

“Anton is a great asset to our program, a wonderful colleague, and a nice team player,” said Leal, a professor in the Department of Molecular and Cellular Biology.  “We benefit greatly from his generosity by sharing not only mosquito colonies, but also his encyclopedic knowledge on mosquito biology and ecology. We shared co-authorship in a number of publications, and many more are coming.” “The invasion of Aedes aegypti into central California has been of great concern especially as current control methods do not appear to be working very well,” said Cornel, who works closely with state's mosquito abatement personnel. “We have found that the Aedes aegypti have insecticide resistance genes which likely explains why their ultra-low volume (ULV) and barrier spray applications have not worked as well as expected. Work will be ongoing next year when the Aedes aegypti become active again after a brief slow overwintering period from November to March.”

A native of South Africa, Cornel received his doctorate in entomology, focusing on mosquito systematics, in 1993 from the University of the Witwatersrand, Johannesburg. He completed a post-doctoral fellowship with the Entomology Branch of the Centers for Disease Control and Prevention, Atlanta, before joining UC Davis in 1997 as an assistant professor and researcher. Culex quinquefasciatus filled with blood. (Photo by Kathy Keatley Garvey)
“My interest in mosquito research started in the mid-1980s when I agreed to conduct a masters study under the guidance of Dr. Peter Jupp at the National Institute of Virology who researched West Nile and Sindbis viruses transmitted by mosquitoes in South Africa,” Cornel recalled. “Thereafter I continued to work on mosquitoes as a scientist employed at the South African Institute for Medical Research before moving to the USA.”

“Who would have thought that that the expertise that I gained on West Nile virus as a master student in South Africa would be used many years later after West Nile virus invaded and spread throughout the USA?”

For more than two decades, Cornel has teamed with fellow medical entomologist and “blood brother” Professor Gregory Lanzaro of the UC Davis School of Veterinary Medicine to study malaria mosquitoes in the West African country of Mali. Their work is starting to show significant results.

“Because of our commitment to conduct long term longitudinal studies and not static investigations,” Cornel said, “we have now shown that considerable selective processes are taking place causing spatiotemporal dynamics of gene flow and fitness events in major malaria vectors M (now Anopheles coluzzii)  and S (now Anopheles gambiae)  and M/S hybrids in West Africa.” Their work was published in PNAS in 2013 (vol:110:49).

“We are currently establishing further evidence of the important role of insecticide resistance traits in spatiotemporal dynamics of Anopheles coluzzii, Anopheles gambiae  and the Bamako form.” Cornel noted that these results have “considerably important implications in future efficacies of insecticide treated bednets to control indoor biting malaria vectors in West Africa.”

Cornel also teams with Lanzaro and Professor Heather Ferguson of the University of Glasgow to examine the ecology and associated genetics of the major malaria vector Anopheles arabiensis in Tanzania. They began working on the project four years ago.

“We are looking at the effects of bednet use and changes in feeding patterns of this mosquito taking population structure into consideration,” Cornel said. He and his colleagues published a paper in November 2013 in G3: Genes, Genome and Genetics, titled “Diversity, Differentiation, and Linkage Disequilibrium: Prospects for Association Mapping in the Malaria Vector Anopheles arabiensis."

One of his newest projects is the study of population/genetics, insecticide resistance and cytogenetics in the major malaria vector in Brazil. Cornel and Lanzaro launched their study in September when they traveled to Brazil to begin targeting the culprit, Anopheles darlingi, a “widely distributed species that has adapted to survive in multiple ecological zones and we suspect that it may consist of multiple incipient or closely related species,” Cornel said.

“While in Brazil I collected larvae and dissected salivary glands from them to examine their polytene chromosome inversion structure and polymorphisms,” Cornel related. “Inversions are vitally important to consider in genetic analyses and it takes considerable patience to interpret the chromosomes.”

The Cornel-Carlson research implicates that considerable fidelity exists between Culex mosquito species and species of plasmodium they transmit. “This is contrary to the currently held belief that all Culex mosquitoes are equally capable of transmitting avian malaria,” Cornel said. “In our investigations, we described a new species of avian malaria which is very common in songbirds in Fresno County (published in Parasitology Research).”

Cornel plans to continue working with Sehgal investigating the effects of deforestation on transmission of avian parasites in Cameroon. They recently submitted a National Science Foundation grant proposal. “A large swath of primary forest is slated to be deforested in Cameroon and replaced with Palm oil plantations and we will investigate the effects of this hopefully, as it happens.”

“It's extremely difficult to get permission to conduct field research in national parks in Southern Africa and this provides an unprecedented exciting opportunity for me to work with a friend, Professor Leo Braack from the University of Pretoria, in these parks. One has to be very careful working in some of these parks at night because of the wild predators, elephants, hippos and buffalo.”

Cornel is active in the 30- member Center for Vectorborne Diseases (CVEC), headquartered in the UC Davis School of Veterinary Medicine and considered the most comprehensive vectorborne disease program in California. Both interdisciplinary and global, CVEC encompasses biological, medical, veterinary and social sciences. Globally, the major emphasis is on research and education involving diseases such as malaria, dengue and leishmaniasis in the developing world. CVEC members study molecular biology, virology, parasitology, vector control, and epidemiology of vectorborne diseases. In addition, the center serves as the principal teaching resource for undergraduate and graduate courses in all facets of vector-borne disease sciences. 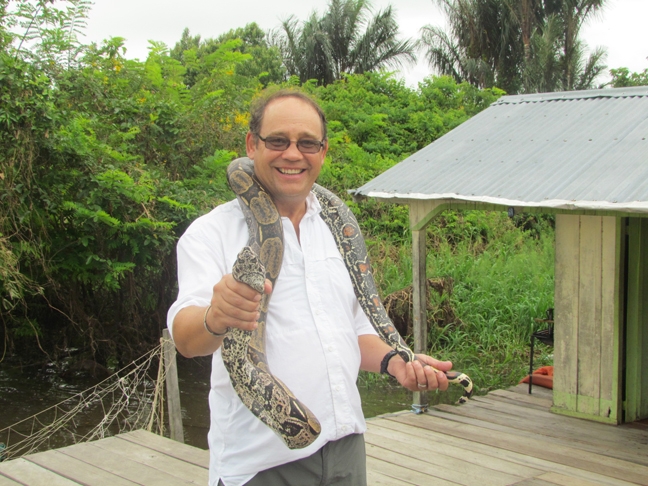 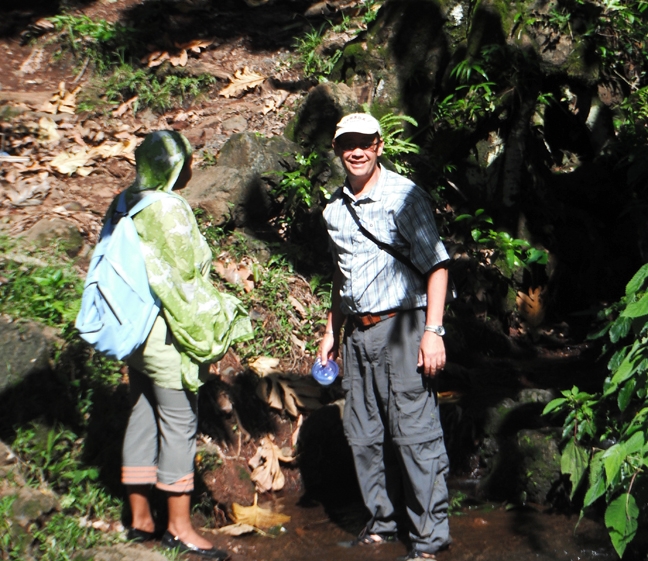