Derek Tully (right) and his father, Larry, begin the fence.
DAVIS--It wasn't about mending fences, but building one. Derek Tully and Emily Talbot (cewnter) work on the fence.
Tully launched the project April 2, and with the help of fellow members of Scout Troop 111, adult volunteers, and his family and friends, including his father, Larry Tully, a retired machinist from Lawrence Berkeley National Laboratory, completed it on Sept. 7. The 33-member crew often toiled in 100-degree heat as they calculated, measured, cut, assembled, hammered, nailed, capped and stained the fence. Larry Tully works on the nearly finished fence.
Tully, a senior at DaVinci Charter Academy, Davis, will be honored at a UC Davis Department of Entomology recognition ceremony at 1:30 p.m., Saturday,  Sept. 15 at the haven.  The ceremony is part of two concurrent open houses, themed “Flower Lovers: The Bees,” planned from 1 to 4 p.m. at the Bohart Museum of Entomology on Crocker Lane and the haven, located off Hutchinson Drive/Hopkins Road. 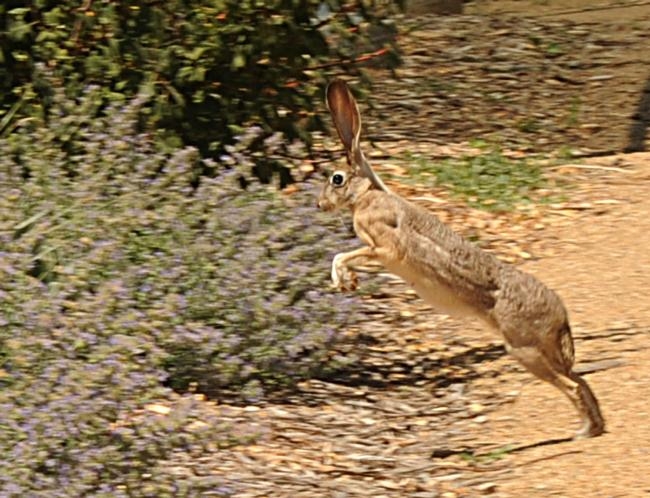