"Parasitoid Palooza! will set the theme for the Bohart Museum of Entomology open house on Sunday, Jan. 11.

The family-friendly event, free and open to the public, takes place from 1 to 4 p.m. in Room 1124 of the Academic Surge Building on Crocker Lane, UC Davis campus.

"Most everyone knows that mantids eat other insects or that ladybird beetles (lady bugs) consume lots of aphids, but there is another way insects eat other insects," commented Tabatha Yang, education and outreach coordinator.

"An insect parasitoid is a species whose immatures live off of one insect host, usually eating it from the inside out," she said. "It is part of their life cycle and the host dies. This sounds like a weird way to make a living, but there are more species of parasitoids than there are insects with any other single kind of life history. The movie Alien with Sigourney Weaver co-opts this phenomenon, but in reality there are no parasitoids on humans or other vertebrates."

The Bohart open house will spotlight this unusual life cycle.  Wasps, flies and beetles are parasitoids to many different insect groups.

Senior museum scientist Steve Heydon, the Bohart collections manager, is a world authority on Pteromalids, or jewel wasps, a group of tiny parasitoids. He will be on hand to talk about them.

Another group of parasitoids that will be highlighted will be the Strepsiptera, or Twisted-Wing Parasites, an order of insects that the late UC Davis entomologist Richard M. Bohart (1913-2007), for whom the museum is named, researched for his doctorate in 1938. An entire family of Strepsiptera, the  Bohartillidae, is named in honor of Professor Bohart.

Live parasitoids from the lab of Michael Parrella, professor and chair of the UC Davis Department of Entomolology and Nematology will be showcased. They include Encarsa, Eretmocerus, Diglyphus and Aphidius.

"Parasitoid Palooza" promises to be a fun and wacky celebration of the diversity of life, Yang said. A family-friendly craft activity is planned as well.

Directed by Lynn Kimsey, professor of entomology at UC Davis, the Bohart Museum houses a global collection of nearly eight million specimens. It is also the home of the seventh largest insect collection in North America, and the California Insect Survey, a storehouse of the insect biodiversity. Noted entomologist Richard M. Bohart (1913-2007) founded the museum.

The remaining schedule of open houses:

More information is available by contacting (530) 752-0493 or Tabatha Yang, education and public outreach coordinator at tabyang@ucdavis.edu 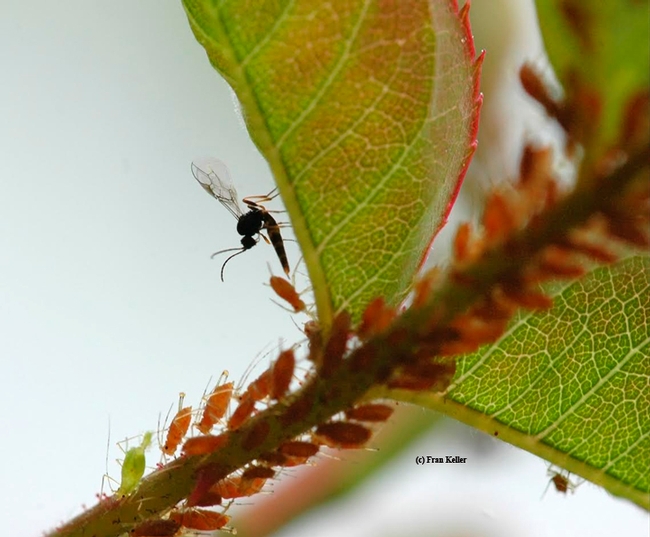