Joan Clària
Can diabetes be prevented and even reversed?

Yes, it can--at least in genetically obese mice, according to a newly published study by researchers in the Joan Clària laboratory at the University of Barcelona, Spain, in collaboration with the Bruce Hammock laboratory of the University of California, Davis. The research involves a potent enzyme inhibitor discovered by the Hammock lab that dramatically reduces inflammation, inflammatory pain and neuropathic pain.

The groundbreaking study, published in the Proceedings of the National Academy of Sciences, involved an enzyme called soluble epoxide hydrolase (sEH) inhibitor used in mice with a high level of omega-3 fats. This treatment both prevented the onset of diabetes and reversed the effects of diabetes in obese mice.

“Our previous studies show the drug we are working on will reduce the symptoms of diabetes in mice by itself,” Hammock said, “but the excitement about Joan Clària's work is that if the mice have a genetically increased level of omega 3 fatty acids --the drug offers prevention or cure in mice.”

Worldwide, 347 million people have diabetes, according to the World Health Organization. The Center for Disease Control and Prevention (CDC) estimates that 29.1 million Americans or 9.3 percent of the population have diabetes, which is characterized by abnormal blood glucose levels. This includes 21 million diagnosed with diabetes, and 8.1 million undiagnosed.

“Epoxide metabolites of the omega 3 fatty acid DHA are stabilized by inhibiting an enzyme soluble epoxide hydrolase or sEH, and these metabolites contribute a great deal to the beneficial effects of an omega-3 diet,” Hammock explained. Previous UC Davis research in the laboratories of Bruce Hammock, Nipavan Chiamvimonvat, Robert Weiss, Anne Knowlton and Fawaz Haj showed that the enzyme reduces or reverses such diabetes-linked medical issues as renal failure, hypertension, diabetic pain, hardening of the arteries, and heart failure.

“This exciting research brings mechanistic detail to understanding how omega-3 fatty acids in the diet exert important health effects,” said UC Davis Professor J. Bruce German, director of the Foods for Health Institute, Department of Food Science and Technology, who was not involved in the diabetes-based research. “Such breakthroughs catalyze both research and practical health applications.”

The Joan Clària lab in Barcelona led the eight-member team study. Clària is an associate professor at the Barcelona University School of Medicine and a senior consultant at the Biochemistry and Molecular Genetics Service of the Hospital Clínic of Barcelona.

In the paper, titled “Inhibition of Soluble Epoxide Hydrolase Modulates Inflammation and Autophagy in Obese Adipose Tissue and Liver: Role for Omega-3 Epoxides,” Clària described the administration of the sEH inhibitor as “a promising strategy to prevent obesity-related co-morbidities.”   He said the study “demonstrates that stabilization of cytochrome P-450 epoxides derived from omega-3 polyunsaturated fatty acids through inhibition of the inactivating enzyme soluble epoxide hydrolase (sEH) exerts beneficial actions in counteracting metabolic disorders associated with obesity, including insulin resistance and fatty liver disease.” In addition to Clària and Hammock, the publication was first-authored by Cristina López-Vicario and co-authored by José Alcaraz-Quiles, Verónica García-Alonso, Bibiana Rius, Aritz Lopategi, Ester Titos and Vicente Arroyo, all of the Clària lab or associates; and Sung Hee Hwang of the Hammock Lab, UC Davis Department of Entomology and Nematology and the UC Davis Comprehensive Cancer Center

Clària's primary research focuses on the study of inflammatory lipid mediators involved in the development of adipose tissue inflammation and its impact on metabolic complications associated with obesity. His laboratory is centered in exploring the role of bioactive lipid mediators generated from omega-3 polyunsaturated fatty acids, especially those with anti-inflammatory and pro-resolution properties. His work places major emphasis on prevailing obesity associated hepatic co-morbidities, especially on non-alcoholic fatty liver disease.

Hammock, who holds a joint appointment with the UC Davis Department of Entomology and Nematology and the UC Davis Comprehensive Cancer Center, has worked on the mechanism of hydrolytic enzymes and their effect on human health for more than 35 years. He is developing both enzyme inhibitors and natural products as drugs for use in the United States and developing countries. His work has helped identify new targets for the action of drugs and other compounds to improve health and predict risk from various environmental chemicals.

Hammock is the founder and CEO of EicOsis, and through EicOsis, the compounds are in clinical trials for companion animals and the  Pre-Investigational New Drug Application (Pre-IND) Consultation Program  for neuropathic pain in human diabetics.

The study was funded by Clària's Spanish-initiated grants and by Hammock's Research Project Grant (R01) and Superfund grants from the National Institutes of Health. 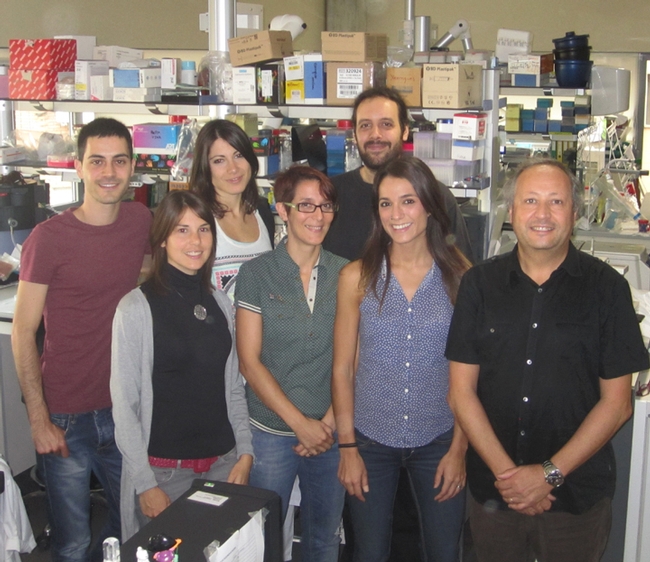