Bug Squad
sitenum=63
Happenings in the insect world
What's It Like Inside a Bee? 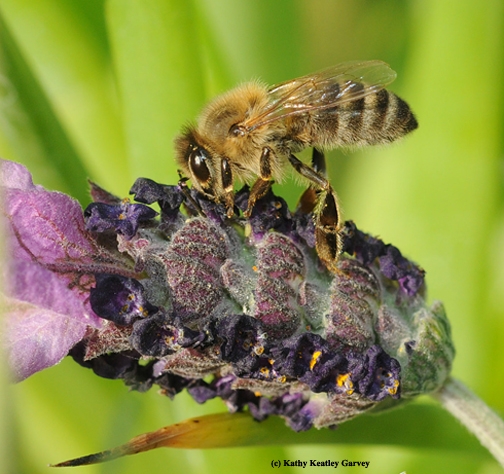 A honey bee necatring on lavender. (Photo by Kathy Keatley Garvey)
Tags: honey bee genetics (3), honey bee health (6), honey bees (406), Jay Evans (2)
Comments: 1
Comments:
by Debra Zavrl
on February 1, 2015 at 7:00 AM
I won't be able to attend the seminar but would really like to get access to it to listen to it once it's online. Could you please send me that link? I am only a backyard beekeeper but do love my girls (bees). I am currently feeding them to keep my hive going. I feed them a Megabee mixture with sugar water. They really seem to like it. This is their second winter where I've had to do this. I just hope we get much more rain so all the trees start blooming well to give them some good nectar sources soon. Thank for any information you can provide to me.
Leave a Reply: