There's a lot of interest building in this seminar. He will be hosted by fellow bee scientist Brian Johnson, assistant professor, UC Davis Department of Entomology and Nematology.

Zayed leads a research program on honey bee behavioral genetics and genomics. In his talk, Zayed will summarize his group's recent findings on patterns of positive selection in the honey bee genome, and show how integrative genomic analyses can be used to chart the bee's genotype-phenotype map.

Zayed completed his bachelor's degree in environmental science with honors in 2000, and his doctorate in biology in 2006, both at York University.  He was awarded the Governor General's prestigious Gold Medal in 2007 for his doctoral research on bee conservation genetics.

Zayed held a Natural Sciences and Engineering Research Council of Canada's Postdoctoral Fellowship at the University of Illinois' Department of Entomology from 2006 to 2008 in Charles Whitfield's Laboratory.  He then served as a fellow for the Institute for Genomic Biology's Genomics of Neural and  Behavioral Plasticity Theme (theme leader: Gene Robinson) at the University of Illinois from 2008 to 2009.

Plans call for recording the seminar for later posting on UCTV. Coordinating the seminars is professor Steve Nadler. For a list of the next speakers, see this page. 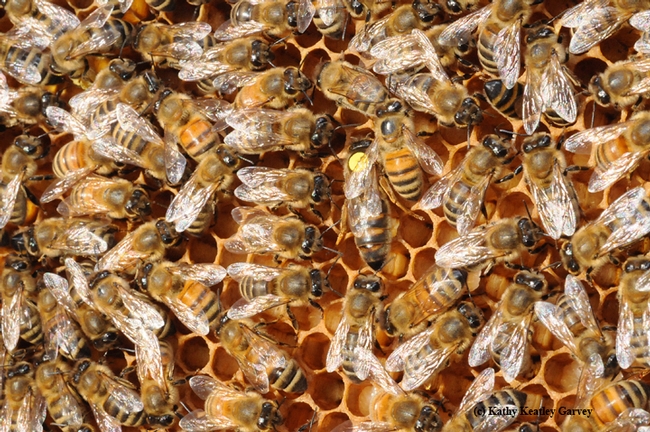