It's the easy way to do it.

A carpenter bee heads for a foxglove blossom and drills a hole in the corolla to sip the nectar. This is "nectar robbing"--bypassing the pollination process and heading straight for the reward, the nectar.

Honey bees are quick learners. Soon they're sipping nectar from the hole pierced by the carpenter bee and they are not supplying "pollination services," either.

This phenomenon is covered in the book, California Bees and Blooms: A Guide for Gardeners and Naturalists by University of California-affiliated authors Gordon W. Frankie, Robbin W. Thorp, Rollin E. Coville, and Barbara Ertter. The UC Davis connection is Robbin Thorp, who received his doctorate from UC Berkeley is a distinguished emeritus professor with the UC Davis Department of Entomology and Nematology.

California is home to more than 1600 species of undomesticated bees--most of them natives, the authors point out.

Honey bees, however, are not natives. European colonists brought them to what is now the United States in 1622. They arrived in the Jamestown colony, near the James River.

And it took awhile--231 years--for the honey bees to arrive in California. They were not introduced here until 1853. A sign at the San Jose airport documents their arrival. 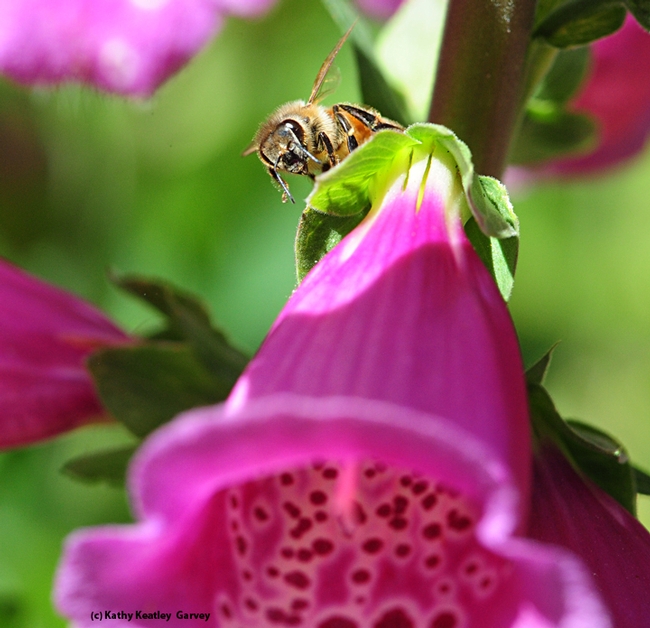 A honey bee looking for a hole drilled by a carpenter bee in the corolla of a foxglove. (Photo by Kathy Keatley Garvey) 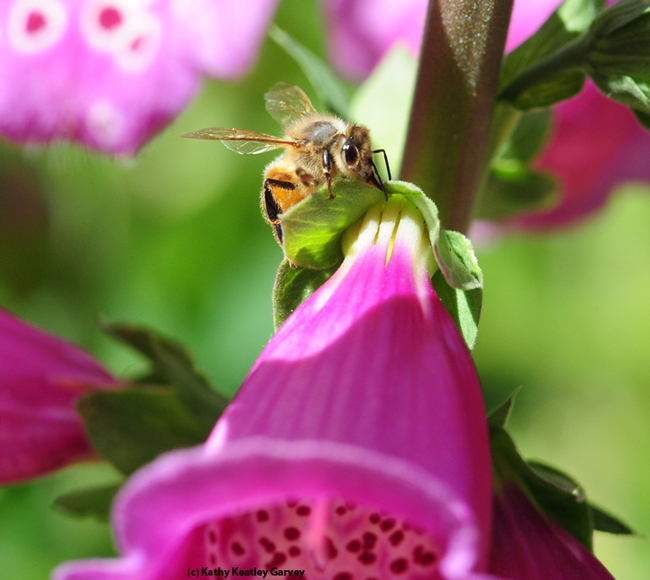 Still searching--the honey bee is getting closer to finding the hole pierced by a carpenter bee.(Photo by Kathy Keatley Garvey) 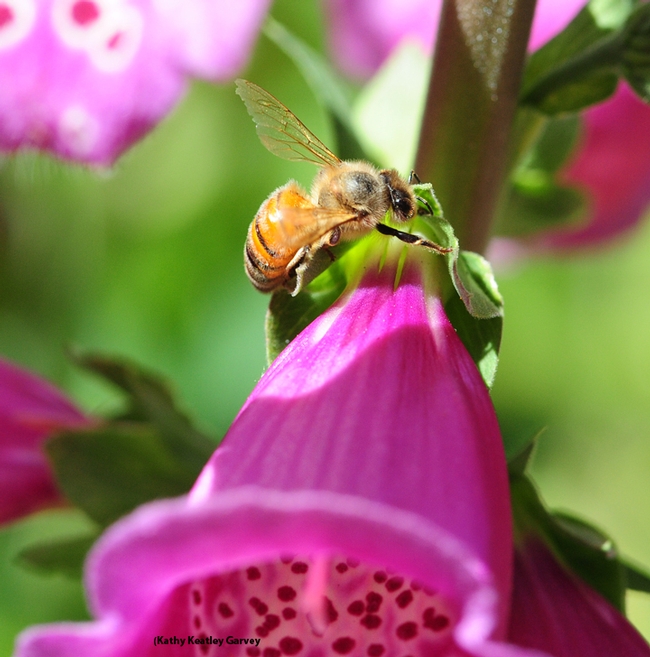