Christian Nansen
DAVIS--If you're ill and think you “have a bug,” your physician will take your body temperature to help diagnose your illness. And often, body temperature is determined based on “reflectance” of radiometric energy.

Christian Nansen, lead author of “Detection of Temporal Changes in Insect Body Reflectance in Responses to Killing Agents,” published in PLOS ONE, said the first-of-its-kind research is “completely non-destructive and completely non-invasive.”

Nansen and colleagues Leandro Prado Ribeiro of the University of São Paulo,Brazil, and Ian Dadour and John Dale Roberts of the University of Western Australia researched the effects of two species of beetles exposed to killing agents (an insecticidal plant extract and entomopathogenic nematodes).

In their study, they addressed two questions: 1) Will exposure to known killing agents cause a detectable change in body reflectance? And 2) And if so, after what exposure time?

“It is common to use infra-red thermometers to measure skin reflectance of radiometric energy in specific wavelengths as part of determining our body temperature, and body temperature is one of the key diagnostics in detection of human illnesses,” said Nansen, a specialist in integrated pest management (IPM), insect ecology and remote sensing. “In our study, we analyzed radiometric energy reflection by adult beetles (in particular wavelengths in the visible and infra-red spectrum) and showed that reflectance features change when beetles are starting to become terminally ill!”

“By following their body reflectance over time, we demonstrated that, compared to healthy /untreated individuals, there was a significant change in the body reflectance at the time point when killing agents are known to cause lethal symptoms.”

“Specific spectral bands were used to develop reflectance-based classification models for each species, and independent validation of classification algorithms showed sensitivity (ability to positively detect terminal stress in beetles) and specificity (ability to positively detect healthy beetles) of about 90 percent,” the authors wrote. “Significant changes in body reflectance occurred at exposure times, which coincided with published exposure times and known physiological responses to each killing agent. The results from this study underscore the potential of hyperspectral imaging as an approach to non-destructively and non-invasively quantify stress detection in insects and other animals.”

Nansen, a native of Denmark, received his master's degree in biology from the University of Copenhagen in 1995 and his doctorate in zoology from the Royal Veterinary and Agricultural University in Denmark in 2000. He accepted positions in Portugal, Benin, United States, UK and Australia before joining the UC Davis Department of Entomology and Nematology in January as an assistant professor. His international experience also includes being an international exchange student at the University of Lisbon, Portugal and a visiting professor at Northwest A&F University, Yangling, China. As part of his undergraduate studies, Nansen traveled to Brazil to write a book about sustainable agriculture in rainforest areas. 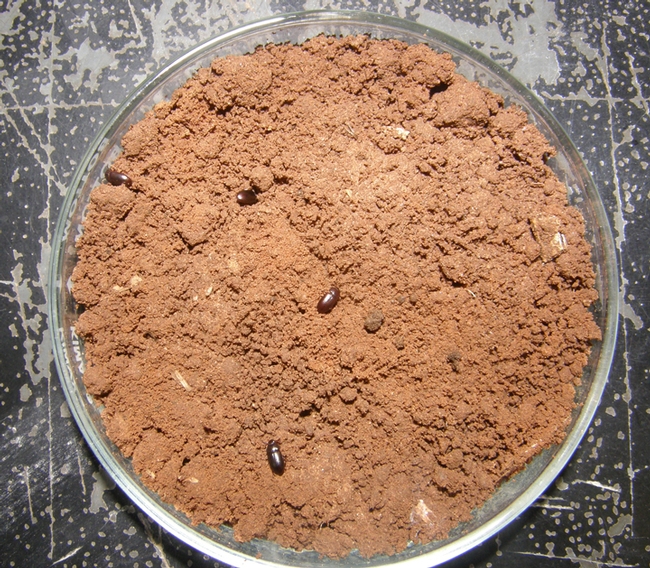 The larger black flour beetles in petri dishes with soil containing entomopathogenic nematodes. This photo represents the experimental design that was used to generate the data for the article published in PLOS ONE. (Photo by Christian Nansen) 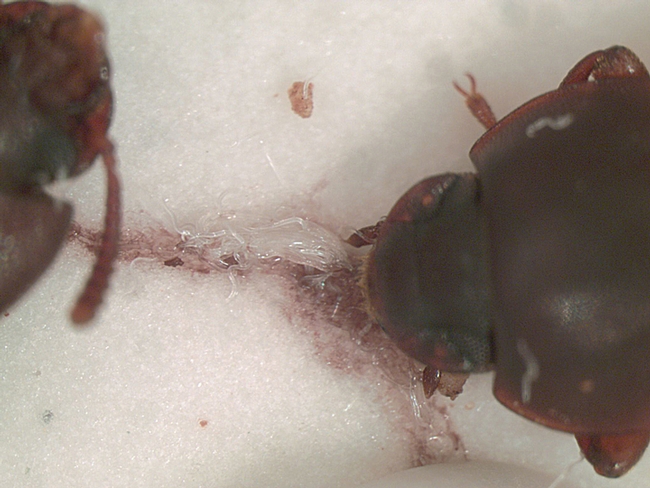 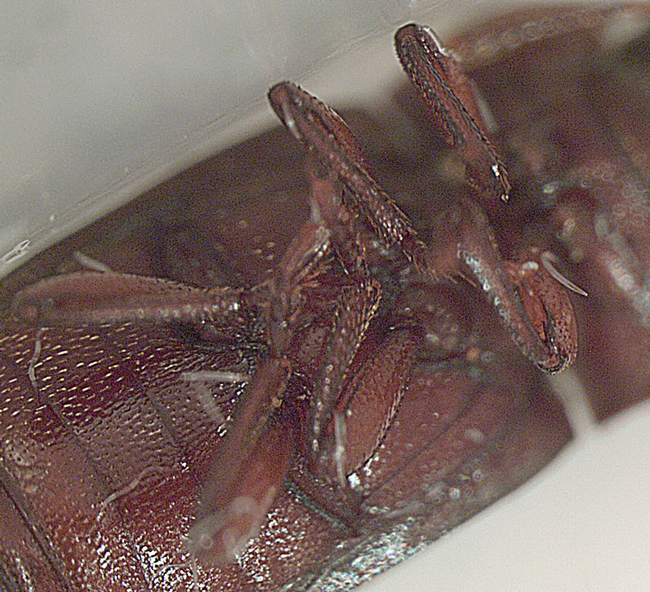