Ever heard of Schinia sueta?

We spotted this little moth, from the Noctuidae family, in a meadow at the Hastings Preserve in Carmel in early May during the BugShot Macro Photography Course, taught by Alex Wild, John Abbott and Thomas Shahan.

The day-flying moth, as identified by butterfly experts Art Shapiro of UC Davis and Greg Kareofelas, an associate of the Bohart Museum of Entomology, stood out.

Schinia sueta is widespread in western North America. We were waiting for it to spread its wings in the meadow, filled with lupine, vetch and California golden poppies, and it finally did!

Speaking of moths, the Bohart Museum is hosting a "Moth Night"--the first of its kind held by the museum--on Saturday night, July 18 from 8 to 11 just outside its location, 1124 Academic Surge on Crocker Lane, UC Davis campus. Yes, that's 8 to 11. At night.

You'll learn how to collect moths and how to identify them. You won't see Schinia sueta, but you'll see other moths! The event is free and open to the public. It's also the last weekend open house of the academic year.

The museum's regular hours are from 9 a.m. to noon and 1 to 5 p.m. Mondays through Thursdays. The facility is closed to the public on Fridays and on major holidays. Admission is free. More information on the Bohart Museum is available by contacting (530) 752-0493 or Tabatha Yang, education and public outreach coordinator at tabyang@ucdavis.edu. 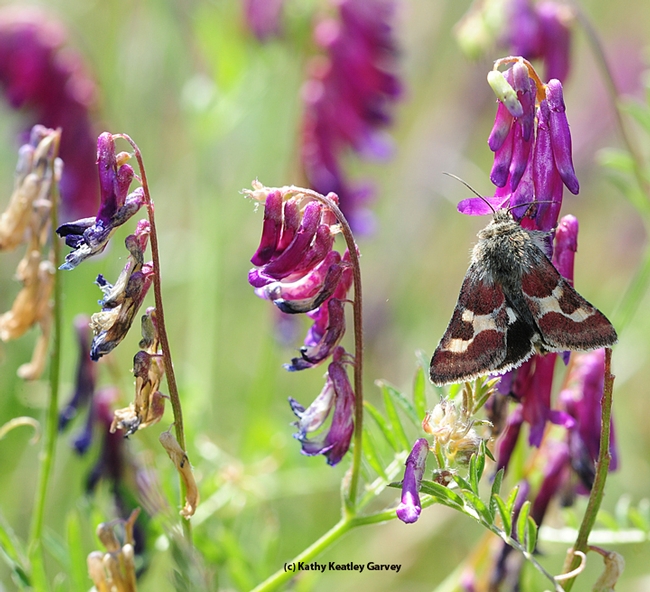 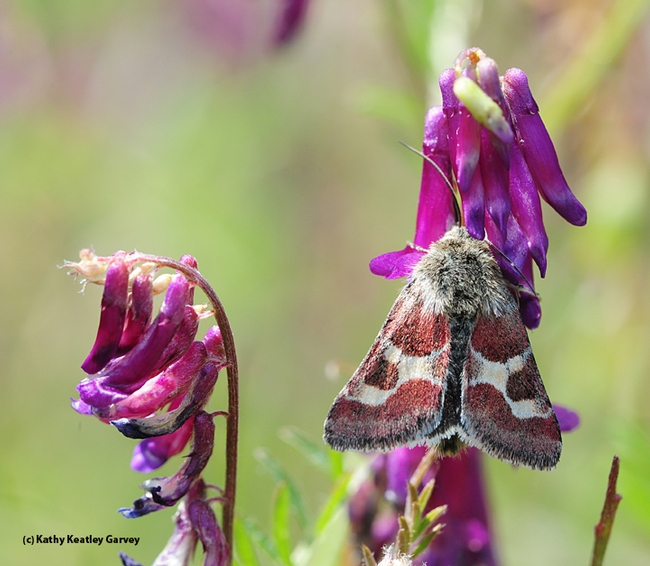 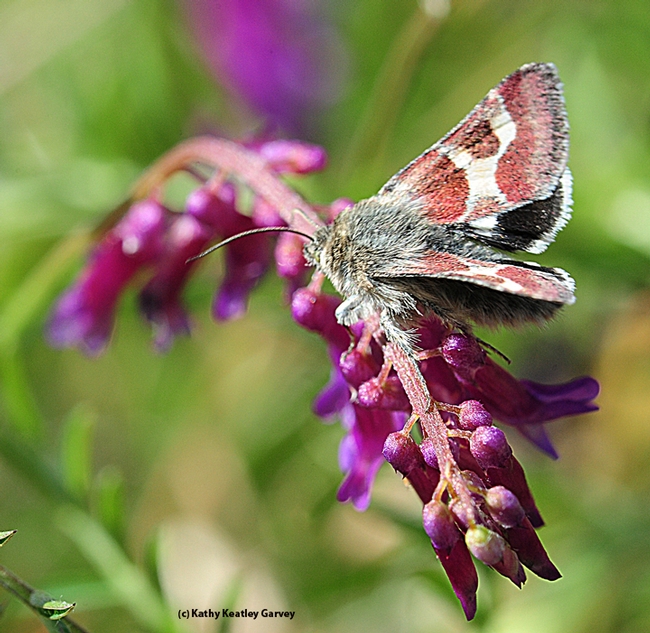