Bug Squad
sitenum=63
Happenings in the insect world
You Can Take That to the Bank! Katharina Ullmann
They're good bees. You can take that to the bank!

The excitement began when Martin Guerena, an integrated pest management (IPM) specialist with the City of Davis, encountered a native bee nesting site Wednesday in front of the U.S. Bank, corner of 3rd and F streets, Davis.

Some passersby figured they were wasps and were asking bank officials to exterminate them.

"This is a sunflower bee nesting site," Ullmann wrote. "These gentle bees are native and ground nesting. The females of this species are solitary bees, but like to nest near each other and often use the same nest entrance.  Their nesting tunnels lead to individual chambers below the ground. Each chamber is filled with pollen, a single egg, and then closed off. These eggs will hatch, develop underground, and emerge next summer to build their nests. This sunflower bee is one of 1600 species of native bees found in California."

The sign included a "name tag" with the common name, scientific name, favorite food (pollen and nectar), favorite place to be (3rd St., Davis), favorite colors (yellow, red and orange) and favorite saying (YOLO, You Only Live Once).

Ullmann added: "Three things you can do to help this bee: (1) protect nests, (2) plant flowers and (3) use fewer insecticides.

Thorp says the female cuckoo bee, Triepeolus concavus, lays her eggs in the ground nests of other bees, including the sunflower bee, Svastra. Cuckoo bees are kleptoparasites, meaning that they steal the food stores provisioned by the host bee. Cuckoos lack pollen-collecting structures (scopa). So when the cuckoo bee eggs hatch, the larva will consume the pollen ball collected by the hosts, and kill and eat the host larvae. Like human kleptomanias, they've found a way to make it in this world at the expense of others.

Ullmann, who studied with pollination ecologist Neal Williams of the UC Davis Department of Entomology and Nematology, wants to protect the sunflower bees and figures an informational sign will help.

Frankly, it's quite appropriate that the sunflowers bees are nesting near the bank. They're making their own deposits--pollen! 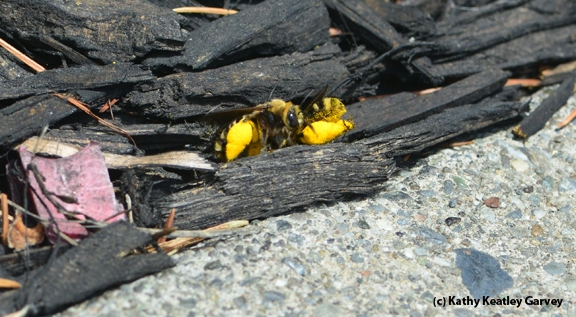 A sunflower bee delivering pollen to its nest. (Photo by Kathy Keatley Garvey) A pollen-packing sunflower bee making a deposit near a Davis bank. (Photo by Kathy Keatley Garvey) 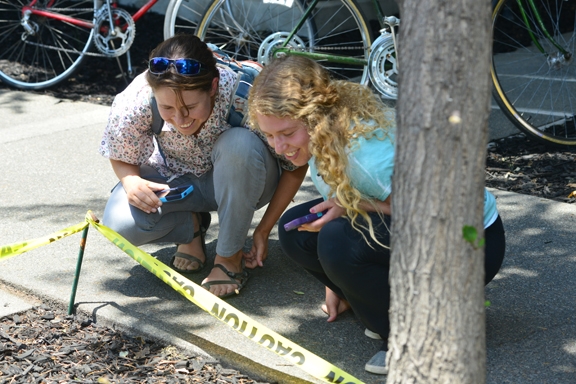 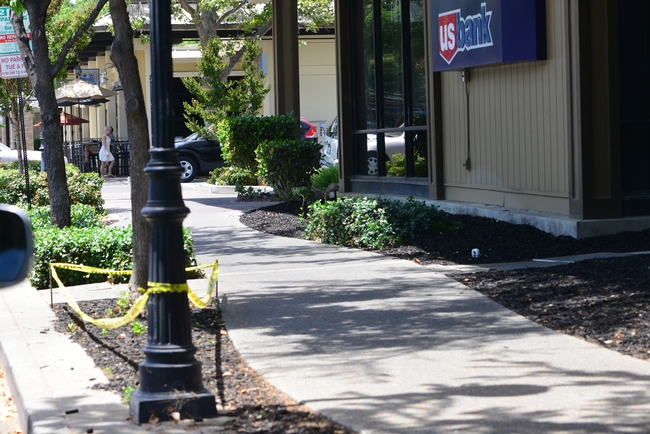