DAVIS--In ground-breaking research estimated to affect millions of patients globally, scientists at the University of California, Davis have pinpointed a key mechanism that causes neuropathic pain--a complex, chronic and difficult-to-treat pain caused by nerve injuries from trauma or from such diseases as diabetes, shingles, multiple sclerosis and stroke.

The ground-breaking discovery, published July 6 in the Proceedings of the National Academy of Sciences, “should ignite the discovery of a new generation of therapeutics,” paving the way for more efficient and effective ways to alleviate neuropathic pain, the researchers said.

“This is a fundamental discovery that opens new ways to control chronic pain,” said corresponding author and senior researcher Hammock, a distinguished professor of entomology who holds a joint appointment with the UC Davis Department of Entomology and Nematology, and the UC Davis Comprehensive Cancer Center.

“We can now specifically search for agents to control ER stress and its downstream pathways,” said Hammock. “This search is already underway in a number of laboratories working on cancer and other diseases.”

“Diabetic neuropathy is a common consequence of both type 1 and type 2 diabetes which affects 60 to 70 percent of the diabetic patients,” said Ahmed Bettaieb, who has just accepted a position as assistant professor in the Department of Nutrition, University of Tennessee-Knoxville. “Knowledge on the specific contribution of individual cellular signaling pathways in the pathobiology of diabetic neuropathy is required to identify optimal drug targets. Identifying ER stress as a potential molecular mechanism that underlies diabetic neuropathic pain will open novel routes for the search of new therapeutic strategies therapies and optimizing currently available pain control medications.”

Inceoglu showed that neuropathic pain could be initiated by diverse compounds that cause ER stress and reversed by agents that block it.

"We were trying to understand how a class of natural bioactive lipids in our body can have such powerful analgesic effects,” said Inceoglu. “Our previous collaboration with Drs. Haj and Bettaieb had already established that blocking the degradation of these natural molecules is strongly analgesic (reduces pain) in diabetic animals without any of the side effects of known drugs. Expanding on these observations, in diabetic rodents, we looked at nerves and in particular those that are away from the skin, deeply embedded in the body. ER stress was obvious in these areas such as the sciatic nerve trunk and the spinal cord.  Once we realized that ER stress had taken over the nervous system, we asked if it had any immediate consequences that can be measured."

Said Inceoglu: "It was an exciting moment when we could block pain in diabetic rodents using known inhibitors of ER stress. Later inducing ER stress in healthy rodents resulted in neuropathic pain-like behaviors which could be eliminated with ER stress blockers, but not so well with known drugs that are prescribed to patients suffering from neuropathic pain, with or without diabetes."

"Unfortunately, neuropathic pain remains an unmet medical need and available drugs are either not so effective or have serious side effects that limit their use in many patients,” Inceoglu said. “The bottom line is that we do not fully understand neuropathic pain and our work sheds new light onto one out of many diverse biological processes that mediate neuropathic pain. With this knowledge, one can test if ER stress blocking drugs can control pain in the clinic, and in parallel, ask fundamental questions in the lab, such as how multiple types of pain grouped under the name ‘neuropathic' differ from each other and respond to new ER stress blockers."

John Imig, professor of pharmacology and toxicology at the Medical College of Wisconsin, Milwaukee, who was not involved in the study, said: “This scientific study provides convincing evidence for a novel concept as to what causes neuropathic pain. Cellular endoplasmic reticulum stress, ER stress, has been implicated in diabetes and findings in this scientific study now implicate ER stress in neuropathic pain."

In earlier work, the UC Davis team showed that by stabilizing analgesic and anti-inflammatory natural molecules in the body, they could block ER stress and improve a variety of disease states. In this report, the researchers blocked ER stress using a powerful transition state inhibitor of the soluble epoxide hydrolase enzyme made by co-author/researcher Kin Sing Stephen Lee of the UC Davis Department of Entomology and Nematology/UC Davis Comprehensive Cancer Center.

“The compound reduces dramatically the pain associated with diabetic neuropathy and illustrates that one can reduce neuropathic pain by increasing natural chemical mediators already in the body,” said Hammock. He and his laboratory discovered and study potent enzyme inhibitors that dramatically reduce inflammation, inflammatory pain and neuropathic pain.

The research “Endoplasmic Reticulum Stress in the Peripheral Nervous System Is a Significant Driver of Neuropathic Pain,” is the work of a six-member research team: Inceoglu, Bettaieb, Lee, Haj, Hammock and Carlos Trindade da Silva of the Department of Entomology and Nematology/UC Davis Comprehensive Cancer Center.

“Despite intensive effort and resulting gains in understanding the mechanisms underlying neuropathic pain, limited success in therapeutic approaches have been attained,” the authors wrote in their abstract. “A recently identified, non-channel, nonneurotransmitter therapeutic target for pain is the enzyme soluble epoxide hydrolase (sEH).”

“The sEH degrades natural analgesic lipid mediators, epoxy fatty acids (EpFAs), therefore its inhibition stabilizes these bioactive mediators,” they explained. “Here we demonstrate the effects of EpFAs on diabetes-induced neuropathic pain and define a previously unknown mechanism of pain, regulated by endoplasmic reticulum (ER) stress. The activation of ER stress is first quantified in the peripheral nervous system of type 1 diabetic rats. We demonstrate that both pain and markers of ER stress are reversed by a chemical chaperone.”

“Next we identify the EpFAs as upstream modulation of ER stress pathways. Chemical inducers of ER stress invariable lead to pain behavior that is reversed by a chemical chaperone and an inhibitor of sEH. The rapid occurrence of pain behavior with inducers, equally rapid reversed by blockers and natural incidence of ER stress in diabetic peripheral nervous system (PNS) argue for a major role of the ER stress pathways in regulating the excitability of the nociceptive system. Understanding the role of ER stress in generation and maintenance of pain opens routes to exploit this system for therapeutic purposes.

Diabetes Can Be Prevented, Reversed 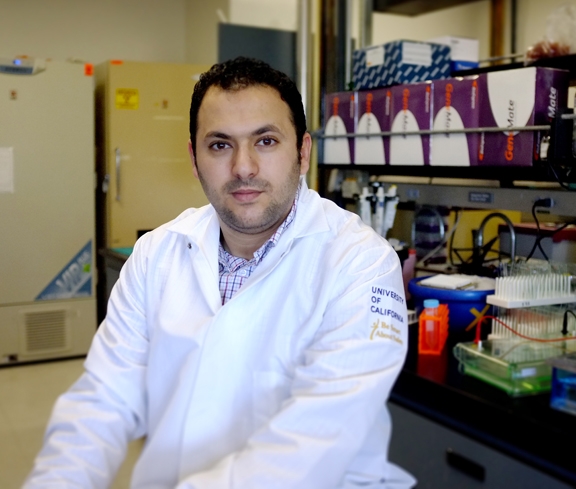