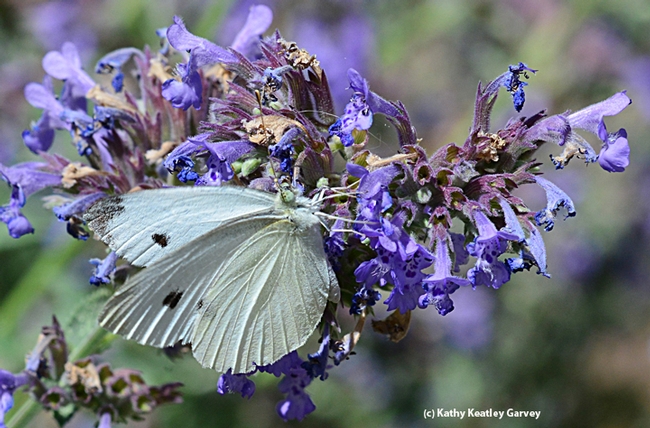 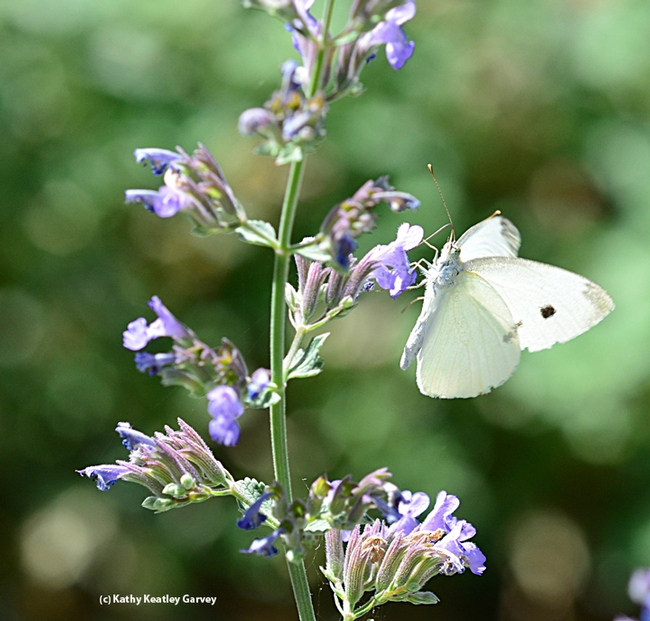 The larvae of the cabbage white butterfly, Pieris rapae, are considered pests of cole crops, but we should be thanking them for giving us the pungent taste of wasabi and mustard, scientists say. (Photo by Kathy Keatley Garvey)
Tags: Art Shapiro (269), beer for a butterfly (13), cabbage white butterflies (3), cole crops (2), Piers rapae (1)
Comments: 1
Comments:
by carole collins
on August 15, 2015 at 7:24 PM
I noticed a cabbage white butterfly today on my Bee Balm. It sat there all day. I noticed later that the wings had dropped to the ground and in the place of the butterfly on the Bee Balm was a white spider!
Leave a Reply: