Bug Squad
sitenum=63
Happenings in the insect world
Not Jiminy

It was an unexpected visit.

She found it several days after the massive Oct. 12 storm raced through Northern California.

The heavy rain soaked the earth, apparently forcing the critter from its habitat.

How it wound up in the restroom is anybody's guess.

Not a true cricket, though. It's an insect (genus Stenopelmatus) that feeds primarily on decaying organic material (and occasionally insects). It burrows into the soil using its highly specialized feet.

And yes, it does inflect a sometimes painful bite, as Cobey can attest.

It's not lethal though.

Cobey returned it to the Laidlaw grounds, releasing it near a stump.

She has no plans to trade her honey bees in for Jerusalem crickets. 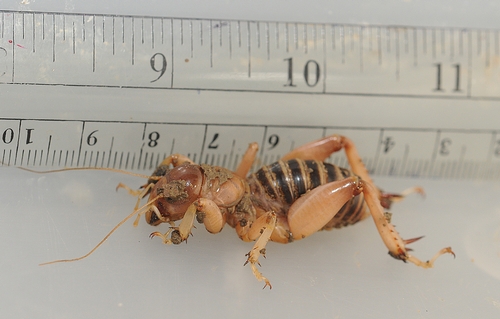 Jerusalem Cricket
JERUSALEM CRICKET is not really a true cricket or a true bug. It's an insect that burrows beneath the soil to feed on decaying organic matter. During a heavy rainfall, you'll see them emerge from the soaked ground. (Photo by Kathy Keatley Garvey) 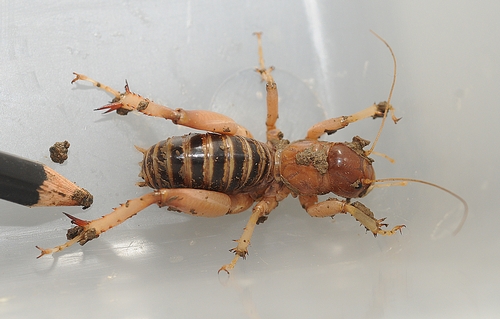 Big 'Un
BIG 'UN--This Jerusalem cricket is quite large (note the size of the pencil tip next to it). Some of these insects can reach 2.7 inches in length. (Photo by Kathy Keatley Garvey) 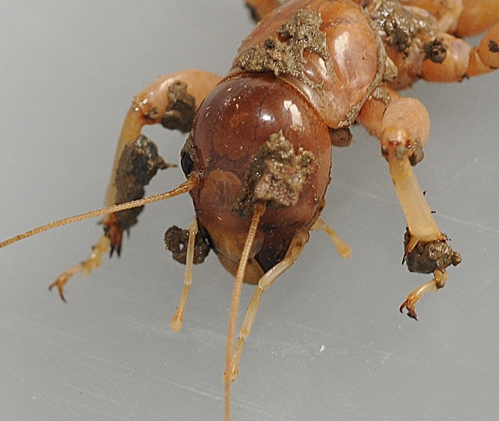 Close-Up
CLOSE-UP of a head of a Jerusalem cricket. Note the mud splattered on one eye. (Photo by Kathy Keatley Garvey) 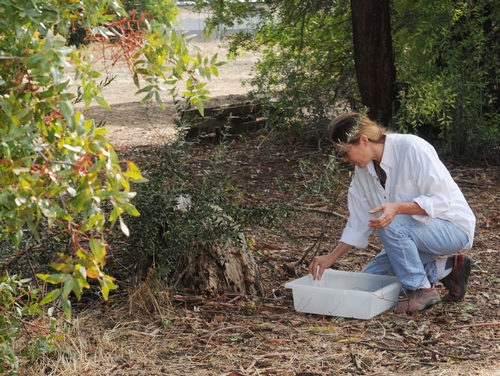