Nobody lost their head today.

Oh, in the people world, all across our nation's workplaces, they did. Eyes rolled, tempers flared, outbursts erupted and some angry assailants went into what my ol' journalism professor aptly described as "a blithering rage." Now, there are rages and then there are rages. But there is only one "blithering rage."

But in the insect world, nobody lost their head, at least not in our bee garden.

A gravid praying mantis nestled in the lavender patch suddenly found herself with company. The camouflaged mama-to-be  proved difficult to see: she looked like a cross between a thick brown twig and a dried-up blossom. Her companion, a lean green machine bent on spreading some DNA, approached her. He resembled a thin blade of green grass. Now you see him, now you don't. Where'd he go? Oh, there he is.

The two made quite a couple. A bloated Lady of the Lavender and a young agile Mr. Mantis who could have easily graced the cover of the Gentlemen's Quarterly.

We watched them for several hours as they moved from the lavender patch to the sedum. Butterflies fluttered overhead, and honey bees nectared from flowers just inches away. The couple ignored them.

We were positive that someone was going to lose his head. A "gotcha" moment. A little extra protein. A healthy ootheca that would not be denied.

The last time we saw Mr Mantis, his head was firmly attached to his body, thank you. 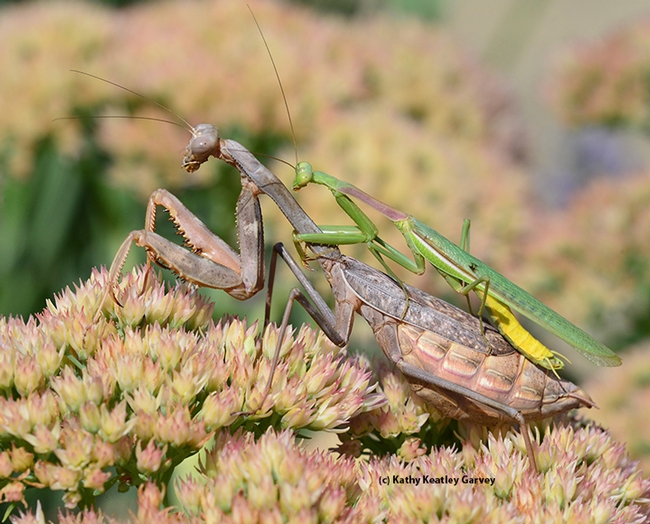 Mating praying mantids on sedum. The male looks like a thin blade of grass. (Photo by Kathy Keatley Garvey) 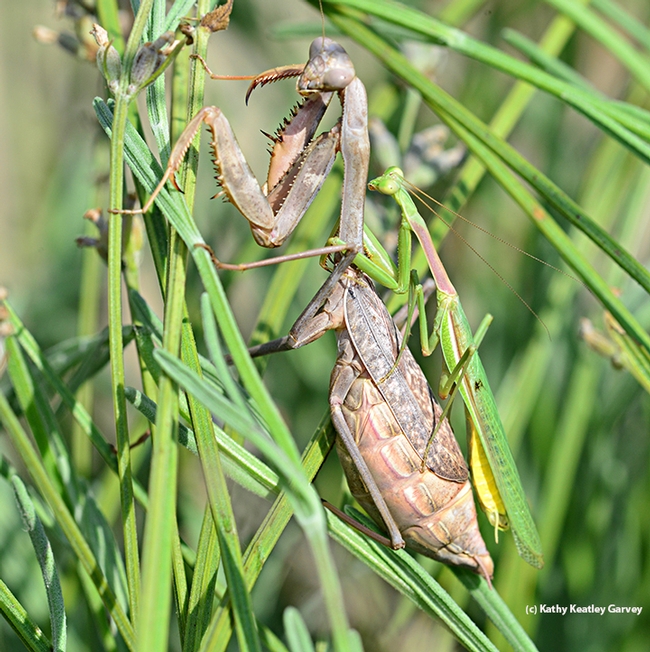 A mama-to-be and her handsome agile mate made quite a pair. (Photo by Kathy Keatley Garvey) 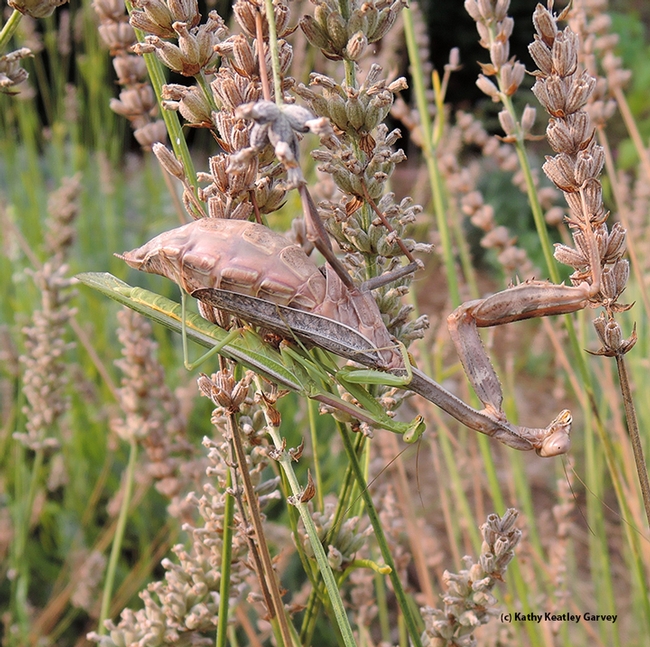 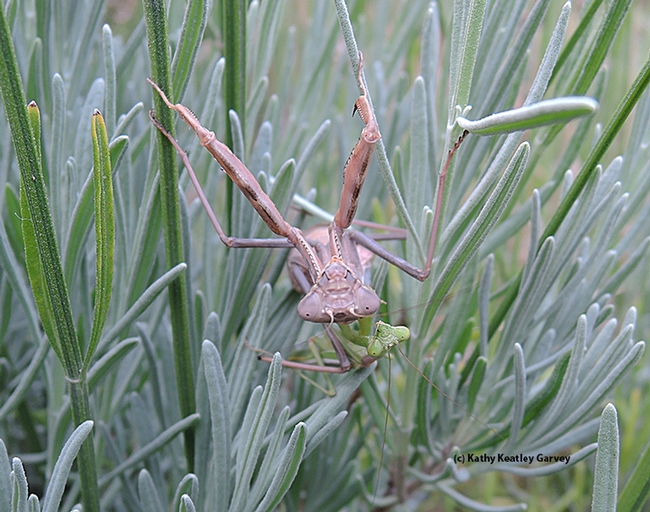