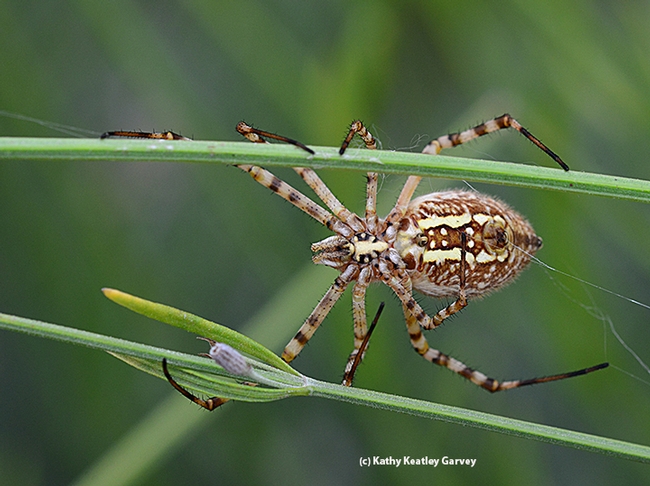 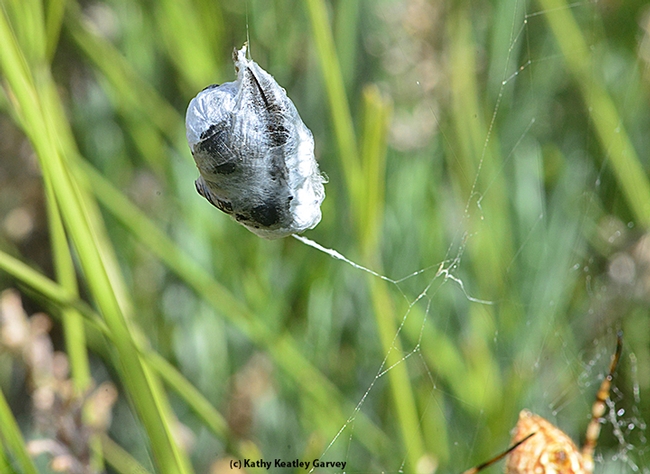 Close-up of the prey, which turned out to be a female Valley carpenter bee. (Photo by Kathy Keatley Garvey)
Tags: Argiope trifasciata (3), banded garden spider (4), Valley carpenter bee (16), Xylocopa varipuncta (29)
Comments: 1
Comments:
by Ben
on October 7, 2015 at 10:27 PM
I am facinated by spiders and the way they deal with their pray.
Geat article and beautiful photos. I do feel bad for the poor bee, but the spider is just gorgeous.
Leave a Reply: