James R. Carey
The University of California, Davis, prides itself on teaching, research and public service. A few faculty members excel at all three (they're called triple threats) and distinguished professor James R. Carey of the UC Davis Department of Entomology and Nematology is one of them.

Carey, widely acclaimed for his groundbreaking teaching program that centers on the strategic use of digital technology, is the newly announced recipient of the 2015 Distinguished Achievement in Teaching Award from the Entomological Society of America (ESA).

The award, presented annually to one of the 7000 members of ESA, singles out “what is deemed to be the most outstanding teacher of the year,” said ESA communications program manager Richard Levine. Carey is the second UC Davis Department of Entomology and Nematology to receive the honor. Diane Ullman was awarded the prize in 2014.

Carey, a 35-year member of the department, will receive the honor at the ESA's Nov. 15-18 meeting in Minneapolis, Minn.

He earlier received the 2014 Distinguished Teaching Award from the Pacific Branch of ESA, which covers 11 Western states, U.S. territories and parts of Canada and Mexico; and the UC Davis Academic Senate's 2014 Distinguished Teaching Award, an honor given to internationally recognized professors who excel at teaching, and the Academic Senate's 2015 Service Award.

Be sure to check out his faculty page to watch his amazing videos. 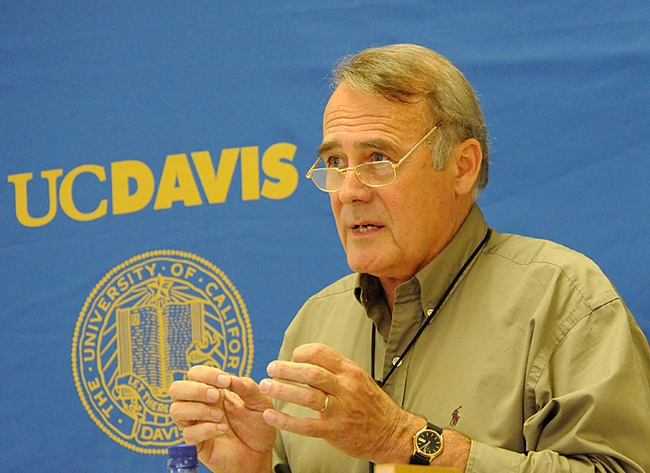