Chemical ecologist Walter Leal, professor and former chair of the UC Davis Department of Entomology, and his postdoctoral researcher Zain Syed have done it again.

In August of 2008, they discovered the secret mode of the insect repellent, DEET. In groundbreaking research published in the Proceedings of the National Academy of Sciences (PNAS), they found that DEET doesn't mask the smell of the host (that would be you and me), nor does DEET jam the insect's senses.

Mosquitoes CAN indeed smell DEET. They avoid it because they don't like the odor.

Then on Monday, Leal and Syed published more groundbreaking research, also in PNAS. They identified the dominant compound that attracts Culex mosquitoes to both birds and humans.

It's a compound called nonanal, naturally produced in birds and humans. This not only explains the host shift from birds to humans, but paves the way for key developments in mosquito and disease control.

Infected Culex mosquitoes transmit life-threatening diseases, including West Nile virus. Since 1999, the Centers for Disease Control and Prevention has recorded 29,397 human cases and 1,147 fatalities in the United States alone.

“Nonanal is how they find us,” Leal said. “The antennae of the Culex quinquefasciatus are highly developed to detect even extremely low concentrations of nonanal.”

Researchers from throughout the country this week praised their work.

Yale University professor John Carlson, a leading scientist in insect olfaction, described the study as “exciting with important implications for the intriguing question of how mosquitoes find the humans they bite.”

“Leal and Syed have identified a human odor that is detected with great sensitivity by the antennae of mosquitoes that transmit West Nile virus,” Carlson said. “In addition to its scientific interest, the study may have important practical applications in the control of these mosquitoes and the diseases they carry.”

Chemical ecologist Coby Schal, a professor at North Carolina State University, described the research as representing “some of the best research on insect olfaction that I have ever read. By combining trapping experiments in the field with careful characterization of the response profiles of antennal and maxillary sensilla of Culex mosquitoes, Syed and Leal show not only that the combination of carbon dioxide and nonanal is an important beacon for blood-seeking mosquitoes, but also that a large fraction of the sensilla on the mosquito’s nose (antennae) is dedicated to the detection of nonanal at incredibly low concentration.

“Such high sensitivity of olfactory receptor neurons to nonanal – rivaling the response characteristics of pheromone responsive neurons – suggests that nonanal has played an important role in the evolution of host-finding and host-preferences in Culex mosquitoes,” Schal said. “This is a truly exceptional achievement by the outstanding Syed/Leal team, but in step with their previous outstanding contributions on a wide range of arthropods.”

More information on the Leal lab research is on the Department of Entomology Web page.

Leal, a newly elected Fellow of the Entomological Society of America (he's one of 10 entomologists to be so honored this year) and Syed, named one of the top post-doctoral researchers at UC Davis this year, have indeed done it again.

When you think of all the havoc that mosquito-borne diseases have wreaked, this is the kind of research that definitely deserves a round of applause.

Dr. Leal and Dr. Syed are a highly efficient and effective SWAT team. 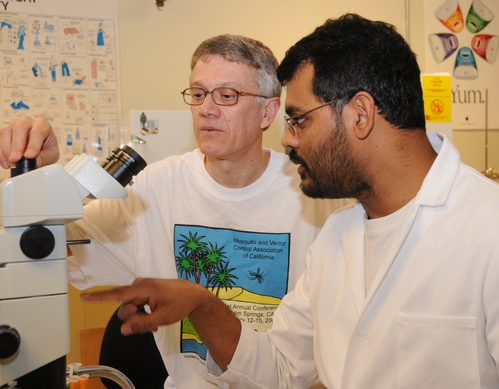 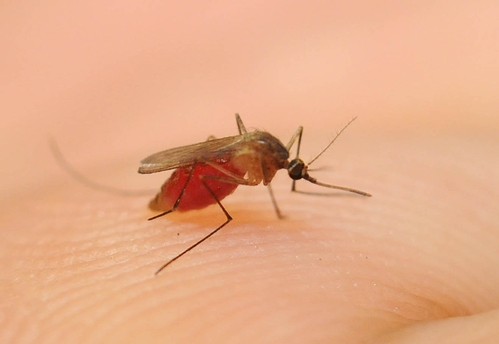