It's delightful to see the gray hairstreak.

We're not talking about the gray streaks in our hair as we age (to perfection, of course!).

We're talking about the gray hairstreak, a common gray butterfly found throughout the United States, coast to coast, as well as parts of Canada and Mexico. Entomologists describe Strymon melinus as a small gray butterfly with a wingspan of from 2.6 to 3.65 centimeters. It is distinguished by its black-eyed orange spot at the base of its hindwing tails. It also has a small patch of blue before the tail, and two broken crossbands of black and white spots.

You may have seen it nectaring on a variety of plants. Indeed, it's considered one of the most polyphagous of butterflies. It works such flowers as  sunflowers, lantana, clover, cosmos, mallows, and the like.  In abundance, the larvae can become pests of cotton, peas, corn, corn, hops and other commercial agricultural crops. Cotton farmers call the larvae the "cotton square borer." The insect, however, is a pollinator more than it is a pest.

Perched on a flower with its wings up, the gray hairstreak resembles a sailboat.

It's on a winning steak. It flies fast, skillfully avoiding birds bent on a quick meal. It's a winner in other ways, too:

Read what Art Shapiro, UC Davis distinguished professor of evolution and ecology, says about the butterfly on his website. 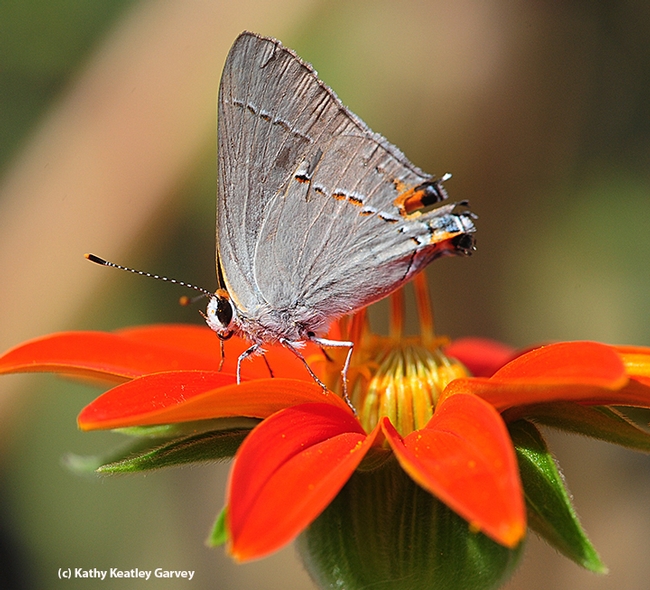 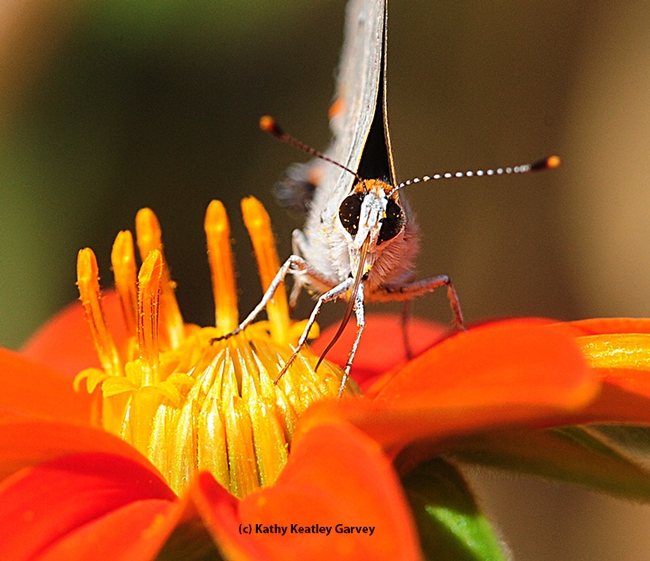 Check out the length of the proboscis on the gray hairstreak as it sips nectar. (Photo by Kathy Keatley Garvey) 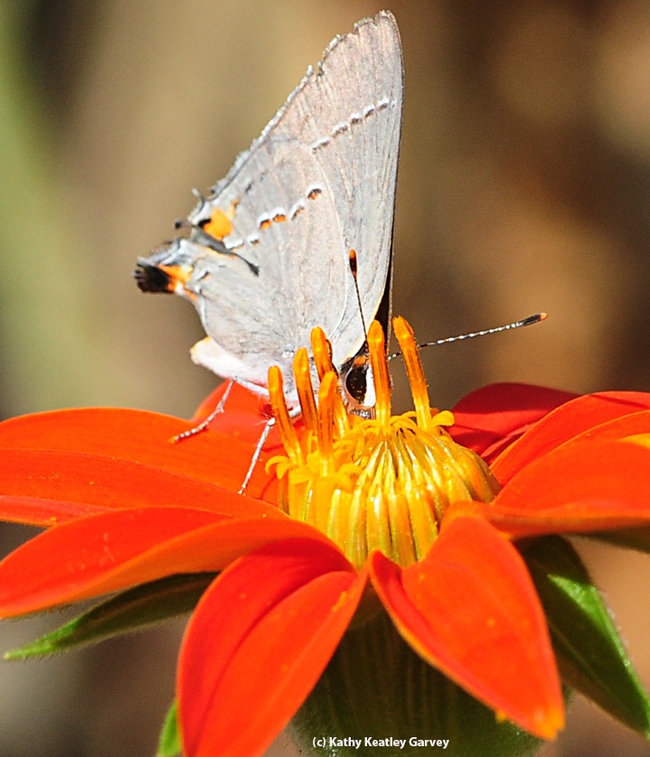