No, expect to see a peacock jumping spider, violin spider, and praying mantis. And okay, maybe a monarch butterfly and a honey bee or two.

But a peacock jumping spider?

And that's not all. He performed courtship dances throughout the evening, wowing the crowd.

“He spent a huge amount of time on this even practicing the 'moves' watching videos of the spiders,” said Lynn Kimsey, director of the Bohart Museum of Entomology and professor of entomology.

Bohart Museum associate Fran Keller, who received her doctorate in entomology at UC Davis,  captured a video of Spencer's  courtship dance. Posted on the Bohart Museum Facebook page, it immediately went viral on social media. (As of Nov. 1, more than 700,000 accessed it.)

How did Spencer come up with the idea? From watching biologist Jürgen Otto's videos of the peacock jumping spider. See Otto's video on YouTube.

When Spencer saw the videos, he thought "Wow! these little things are amazing!"

"Then when I saw the species Maratus speciosus, I thought the pattern on the abdomen looked somewhat like a face. The moment that occurred to me I decided I could make that a mask and the costume idea was instantly solidified in my mind.”

Spencer, who plans to obtain a doctorate in entomology and teach,  hails from a tiny rural suburb of Los Angeles called Sunland. “It's often seen as 'Sunland/Tujunga' as they are joint communities with a rich history," he said. "They're also often seen in movies, TV shows, and commercials as it's a popular filming area.”

A graduate of Verdugo Hills Senior High School, Tujunga, Calif., he then went on to Pasadena City College (PCC) before transferring to UC Davis.

Spencer said his insect interest "all started with my great grandmother whom I called 'Gommie.' She babysat me often and would take me out into nature for picnics and such. There she would teach me about the plants, birds, snakes and lizards, the water cycle, geology, mammals, and, of course, insects. She didn't know many of the scientific names but she knew so many common names. it'd make your head spin. After many years of her influence and really learning how to simply stop and appreciate the nature around me, I decided I wanted to get into biology.”

After he completed ecology/evolutionary biology courses at PCC and field projects, he decided that "field biology was the thing for me."

"Then, after completing organic chemistry, I decided I wanted to synthesize molecules, specifically pharmacological compounds. I really wanted to either work with plants or bugs to extract molecules for potential medicines as they have amazing compounds with insane properties to them. Then I realized that while I loved the organic chemistry and all that, I really didn't want to be cooped up in a lab all day as my true passion was to be out in the field.”

“I lived with my great grandma from 2008 until 2014, taking care of her in her older years as she did for me in my younger years," Spencer recalled. "She would always encourage me to get into the sciences and follow my true passions.” He applied to a handful of colleges and was accepted by three. “I thought about it for a little and came to the conclusion that if I study bugs--which are way cooler than only flowers--I could also study the plants that I loved.”

Wade Spencer chose UC Davis.  Unfortunately, his great-grandmother passed suddenly in November of 2013. "So, long story still long, my great grandmother was the one to push me into the amazing world of bugs and I still feel like a curious and playful child when I'm out in the field frolicking with the bugs and the rest of nature. I find my peace when I'm out in nature because I feel connected with my best friend, my Gommie.”

Spencer volunteers at the Bohart Museum of Entomology open houses, held periodically throughout the academic year. He can be found enthusiastically encouraging visitors to hold a rose-haired tarantula named Peaches, and extolling the virtues of Madagascar hissing cockroaches and walking sticks.

As for Fran Keller's video, it's drawing lots of comments on social media, including: 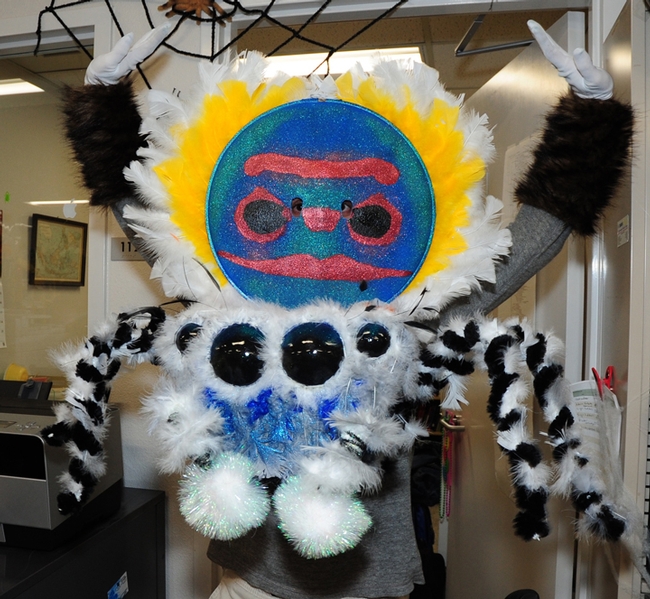 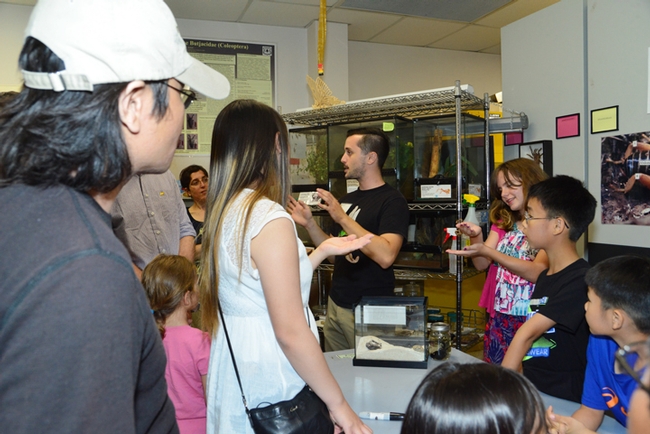