Mealworms chew and digest Styrofoam. (Photo by Kathy Keatley Garvey)
DAVIS--When the Bohart Museum of Entomology at the University of California, Davis, hosts its  “Keep Calm and Insect On” open house on Saturday, Dec. 5, visitors can ask questions about insects, learn about pollinators, and see someone losing his head.

In fact, it's a “Recycling Man” Styrofoam head and mealworms are eating it from the inside out.

Mealworms, commonly fed to captive reptiles and amphibians,   “can chew and digest Styrofoam” and that's exactly what they are doing, said UC Davis entomology undergraduate student Wade Spencer, who set up the display Nov. 18.

The open house is set from 1 to 4 p.m., in Room 1124 of the Academic Surge Building on Crocker Lane.

Spencer purchased a Styrofoam head online, obtained a Styrofoam insert from a bicycle helmet, and inserted 60 mealworms, or larvae of the darkling beetles.

“Listen and you can hear them chewing,” he said. They will emerge as darkling beetles, the common name of the large family of beetles, Tenebrionidae.  The insects are known as plant scavengers, as they feed on decaying leaves, rotting wood, dead insects and other matter.

“This is a recycling project that's all in the head,” Wade quipped

“It turns out that mealworms have some hidden talents,” said Lynn Kimsey, director of the Bohart Museum and professor of entomology at UC Davis. “They're not just good for feeding to pet reptiles or eating in snacks from HotLix.  “These darkling beetle larvae have some dynamic gut bacteria.” Also at the open house, visitors are encouraged o bring insect or spider specimens and ask questions of the entomologists. The specimens could include everything from bed bugs to fleas to spiders.

Native pollinator specialist Robbin Thorp, distinguished emeritus professor of entomology at UC Davis, will be available for discussions on bumble bees and other pollinators, and will sign his books. He is the co-author of “Bumble Bees of North America: An identification Guide” (Princeton University) and “California Bees and Blooms: A Guide for Gardeners and Naturalists” (Heyday).

The Bohart Museum hosts special weekend hours, free and open to the public.  Families are encouraged to attend.

Special attractions include a “live” petting zoo, featuring Madagascar hissing cockroaches, walking sticks and a rose-haired tarantula named “Peaches.” Visitors are invited to hold the insects and photograph them.

More information on the Bohart Museum is available by contacting (530) 752-0493 or email bmuseum@ucdavis.edu. Tabatha Yang  tabyang@ucdavis.edu) does public education and outreach and conducts groups tours. 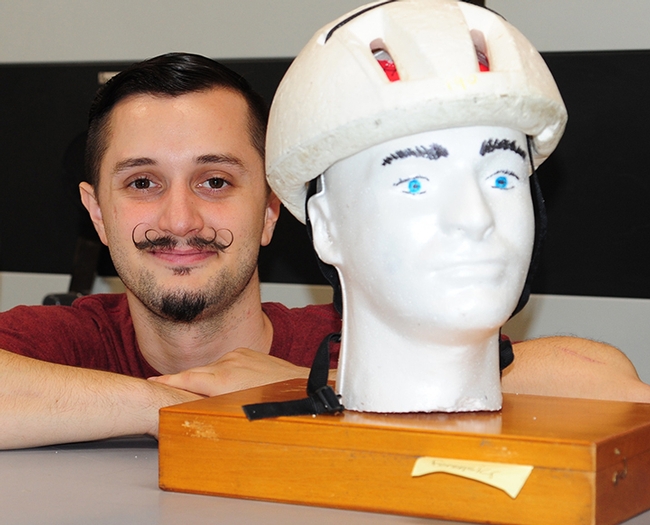