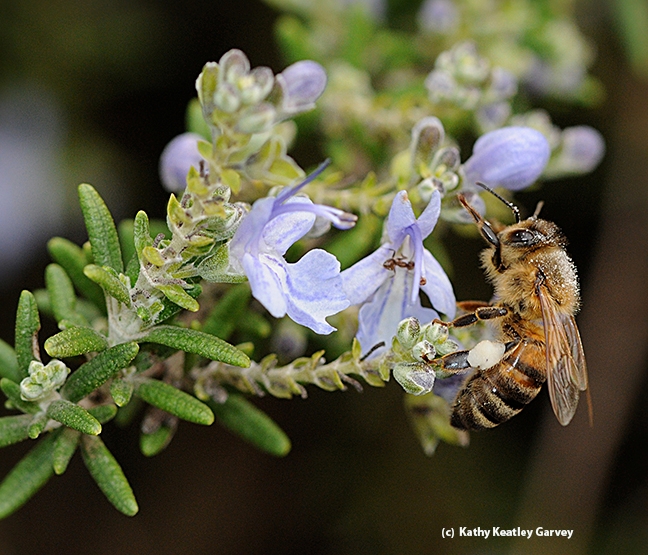 A honey bee foraging on rosemary. (Photo by Kathy Keatley Garvey)
Tags: brain function (1), honey bees (362), memory function (1), rosemary (2), Therapeutic Advances in Psychopharmacology (1), UK researchers (1)
Comments: 2
Comments:
by bird netting
on December 15, 2015 at 7:10 AM
Thanks for sharing this wonderful post with us. We really look forward for more post similar to this.
by Hannah
on May 11, 2016 at 11:16 PM
That post is really amazing. I love your blogs they are awesome.
Leave a Reply: