Robber fly (Photo by Kathy Keatley Garvey)
Santa may be a jolly ol' elf who gives away presents, but he is also a robber fly.

Spencer decided to create a Bohart Museum of Entomology Christmas card--an insect version--and sure enough, Santa is a robber fly. And Rudolph the Red-Nosed Reindeer is a male argid sawfly.

The idea surfaced when Christine Melvin (who just received her bachelor's degree in entomology from UC Davis) and Spencer were TA'ing (serving as teaching assistants) for Lynn Kimsey's Entomology 100L lab.  Kimsey directs the Bohart Museum, home of nearly eight million specimens, and she's a professor in the UC Davis Department of Entomology and Nematology.

The young entomologists decided that the male argid sawfly needed a red nose, just like Rudolph. Wade Spencer with Bohart Museum patch, available in the museum gift shop. (Photo by Kathy Keatley Garvey)
"Male argids have bifurcated antennae which resemble antlers," Spencer related. " I then became uncontrollably excited and had to share it with Lynn. I suggested we make it a Bohart Christmas card and she loved the idea. So, I went through our argid collection at the museum and found two specimens which would work. I then photographed them under the microscope, stacked the images, and uploaded them to Photoshop to add the nose and effects."

As Spencer was photographing the argids, Bohart Museum teen volunteer Noah Crockette walked by. "He suggested we should find an insect with fluffy white facial setae for an 'insect Santa' and the moment he said that the image of an Asilid (robber fly) popped into my mind."

Spencer then searched through the Bohart's asilid collection and found a perfect robber fly. The rest, as they say, is history--or hysterical.

"I'm hoping to image some Phasmids (stick insects) to make an insect menorah for Hanukkah as well," Spencer said. (And he just did! See below) 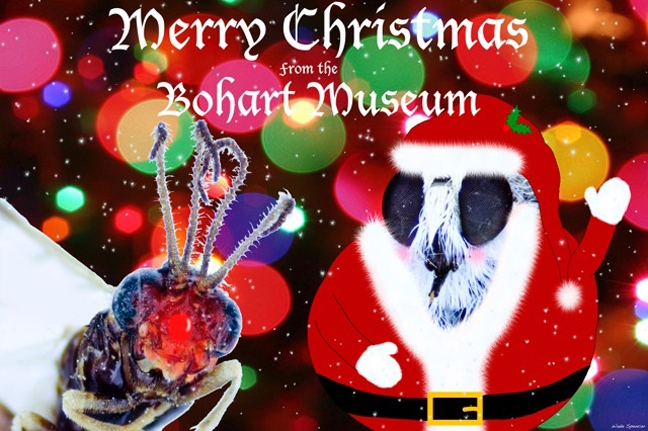 Santa Claus is a robber fly and Rudolph the Red-Nosed Reindeer is an argid sawfly. (Image by Wade Spencer) 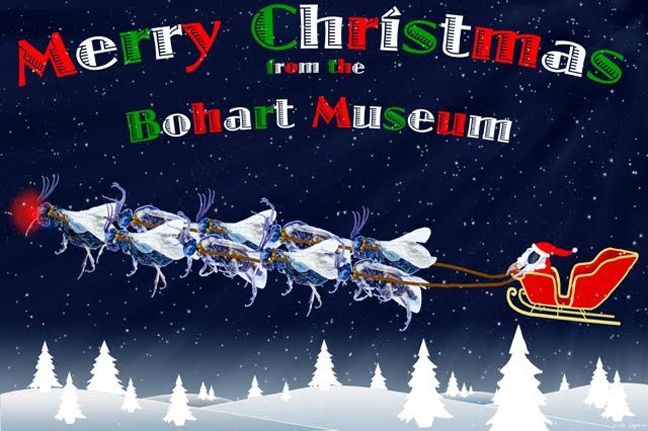 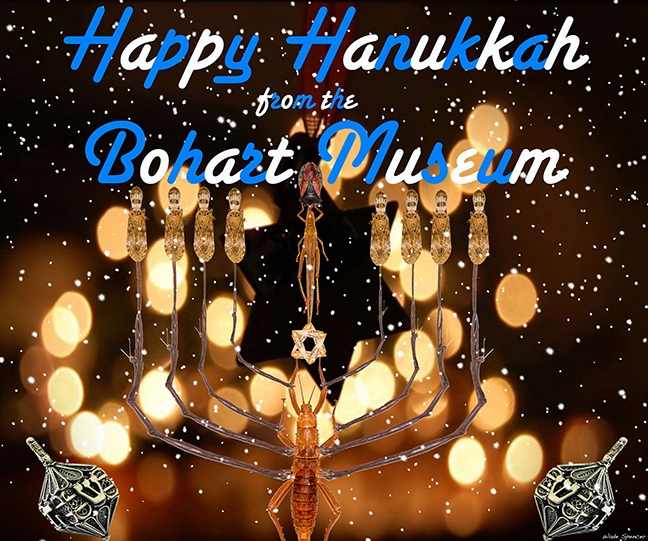