A tachinid fly, a parasitoid. (Photo by Kathy Keatley Garvey)
If you've ever tried to rear monarch butterflies, you may have encountered a caterpillar parasitized by a tachinid fly, which oviposits or injects its eggs into it. The fly's life cycle continues, but the host dies.

The tachinid fly is a parasitoid.

What's a parasitoid? And where can you go to learn about it?

"An insect parasitoid is a species whose immatures live off of an insect host, often eating it from the inside out,"  said Tabatha Yang, education and outreach coordinator of the Bohart Museum of Entomology, University of California, Davis. "It is part of their life cycle and the host generally dies."

Want to know more about them? You're in luck. The Bohart Museum will host “Parasitoid Palooza II” at its open house from 1 to 4 p.m., Sunday, Jan. 10 in Room 1124 of the Academic Surge Building on Crocker Lane. It's free and open to the public.

Senior museum scientist Steve Heydon, a global expert on jewel wasps, will give a 15-minute presentation on parasitoids and the group that he studies--the jewel wasps (Pteromalidae). His talk is from 2 to 2:15.

Rosemary Malfi, a postdoctoral fellow in the Neal Williams lab in the UC Davis Department of Entomology and Nematology, will present a mini talk from 3 to 3:15 on some of the parasitoids she has worked with while completing her doctorate.  She did extensive work on the interaction between conopid flies and bumblebee hosts.

Another group of parasitoids that will be highlighted at Sunday's open house will be the Strepsiptera, or twisted-wing parasites, an order of insects that the late UC Davis entomologist Richard M. Bohart (1913-2007) researched for his doctorate in 1938. Both the Bohart Museum and an entire family of Strepsiptera, the Bohartillidae, are named in honor of Professor Bohart. 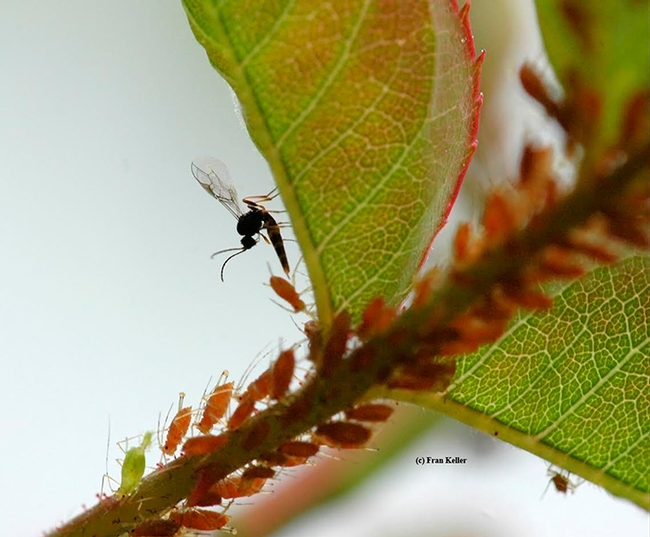