Bug Squad
sitenum=63
Happenings in the insect world
For the Love of Honey Bees: Elizabeth Frost Now Back In Australia Liz Frost lights the smoker at the Harry H. Laidlaw Jr. Honey Bee Research Faciity. (Photo by Kathy Keatley Garvey)
Elizabeth "Liz" Frost, formerly of the University of California, Davis, is taking her love of honey bees back to Australia.

Frost left the States last Sunday, Jan. 10. The government position involves working with the commercial beekeeping industry in New South Wales in "course development and training, policy making, and other projects, including the importation of honey bee semen to Australia, and oxytetracycline prescriptions for European Foulbrood treatment, etc." she related.

We first met Liz in 2008 when she joined the Harry H. Laidlaw Jr. Honey Bee Facility as the staff research associate for bee breeder-geneticist Susan Cobey, then manager of the  facility. Among her many duties, Frost maintained the apiaries and lab facilities, and aided in experiments and instruction in queen rearing and instrumental insemination.

We watched her lead tours with Cobey, now a geneticist-bee breeder at Washington State University; harvest honey; learn to drive the stick-shift bee truck; plant a pollinator garden in front of the Laidlaw facility; engage in a (private) bee bearding activity directed by Cobey; and even install pigeon-control devices on the eaves of the facility.

Frost also hosted the annual "Pi Day" every March 14 for faculty, staff and students at the Laidlaw facility. We all brought pies to celebrate the mathematical constant π (pi).

The Laidlaw facility buzzed with the enthusiasm, commitment and dedication of the Cobey/Frost team.

Frost, who holds a bachelor of arts degree in English and Italian from UC Davis with a minor in entomology, left the Laidlaw facility to join the Bee Informed Partnership, based in College Park, Md. (read her posts), and then headed off to Australia to become a honey bee development officer with the New South Wales government. From California to Australia...and now it's back to Australia... Two honey bees on a California golden poppy. (Photo by Kathy Keatley Garvey)
"I was originally hired by the Department of Primary Industries, within the New South Wales Government, and working out of Tocal Agricultural College as a honey bee development officer," Frost recalled.  Due to her VISA international work permit, she could work only for an employer for six months, maximum. So, after her time expired, she gained a new employer, the Tom Farrell Institute for the Environment, the University of Newcastle, also in the state of New South Wales.

About the pest/disease course: "If a beekeeper with one or thousands of colonies wants to learn more about honey bee pests and diseases this course is a valuable, interactive tool with tutorials including videos to supplement the text, and short quizzes," she explained. "In Australia this is a nationally accredited course which awards participants units of competency upon successful completion of assessment tasks."

Her fact sheet on Hygienic Behavior Testing includes step- by-step instructions with illustrations. "Hygienic behavior is a honey bee trait which confers resistance to chalkbrood and American foulbrood (AFB), two serious brood diseases in Australia. AFB is especially serious in Australia considering it is illegal to treat AFB infected hives with oxytetracyline (OTC) as it only masks the symptoms and can contaminate honey. This fact sheet and others produced by New South Wales Dept. of Primary Industry Apiary Technical Officers are located on this site.

She also taught a course on queen bee breeding in Australia with co-worker Doug Somerville. The late Gretchen Wheen, a pioneer in instrumental insemination in Australia, played key roles in establishing two bee breeding programs in Western Australia and the Eastern States (Queensland, New South Wales, Victoria) and the Eastern Creek Quarantine Station which enabled safe, legal importation of new honey bee stock. (The course is listed on this site.)

"These products are educational tools for beekeepers worldwide, but are specifically geared toward the Australian beekeeping industry in regard to the subjects of relevant endemic and exotic pests and diseases and seasonal management and floral resources," Frost related.  (She also appeared in this news media-produced video: "Frost Spreads the Beekeeping Gospel.")

When her VISA expired, Frost returned to the states and engaged in a number of projects, including a recent presentation to the California State Beekeepers' Association conference. She toyed with other apiculture opportunities in the States, but when the Australian opportunity surfaced, she made a beeline to return.

Liz Frost is excited to be back.

"Beekeeping in the Australian context is fascinating, not only because Varroa is absent in this country," she said. "The wealth of potential floral resources is astounding, giving beekeepers the opportunity to chase honey 12 months of the year. Around 70 to 80 percent of honey produced commercially is derived from eucalyptus and native forests. These stats shouldn't deceive the reader into thinking honey is easily had, however. The most successful honey producers in Australia know their country intimately. Part arborist, part meteorologist, and all beekeeper, they monitor buds on trees years in advance of a flowering event.

"Also to be considered is the fact that, while some native melliferous flora such as Yellow Box and Ironbark are profuse nectar producers in the right conditions, they can be seriously deficient as a pollen resource. This situation makes beekeeper management decisions before and after working such a honey crop vital to prevent colonies from working themselves to death in the absence of incoming and nutritious pollen." 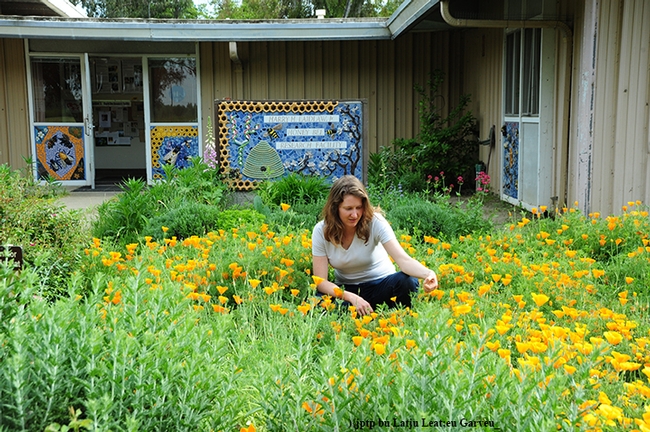 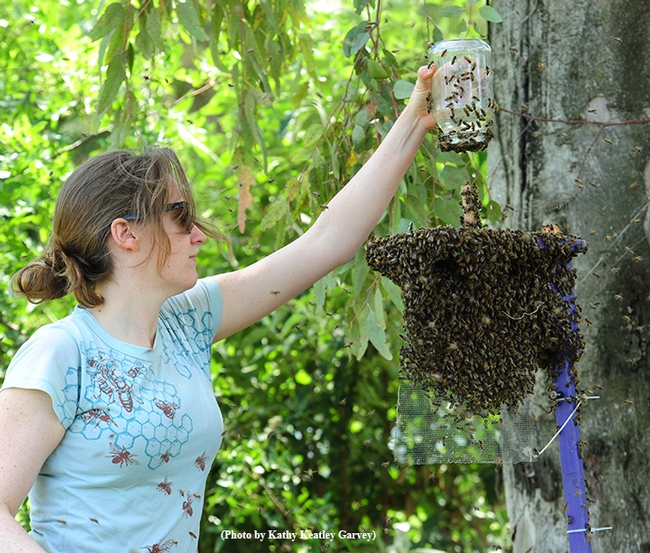 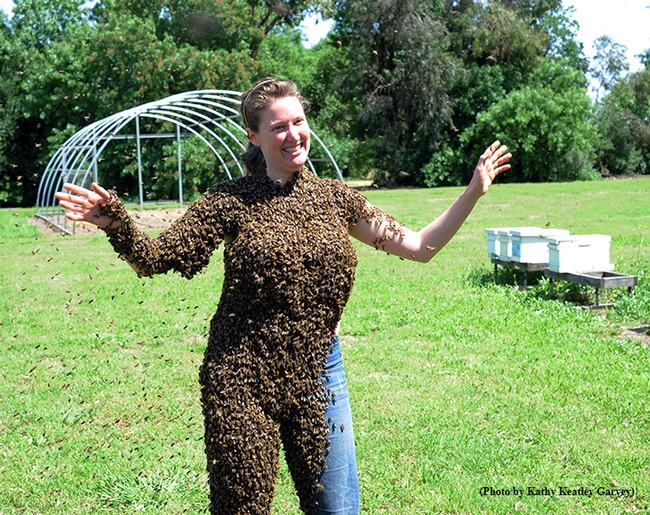