Bug Squad
sitenum=63
Happenings in the insect world
We Have a Winner! Beer-for-a-Butterfly Contest Jacob Montgomery, a masters student in ecology at UC Davis, with the first cabbage white of 2016. (Photo by Kathy Keatley Garvey)
We have a winner!

And he wasn't even looking for it.

A UC Davis graduate student won the “Beer for a Butterfly” contest by collecting the first cabbage white butterfly of the year Saturday morning, Jan. 16 outside his home in West Davis.

Jacob Montgomery, a master's student in ecology, said he was walking out of his home around 10:30, heading for the Farmers' Market, when he spotted the cabbage white butterfly perched on his lavender.

“It was cold and rainy and the butterfly's wings looked bent like it had just hatched,” Montgomery said. “It was not difficult to catch. I picked it up by hand…I had been aware of the contest but not actively searching for the butterflies. It was completely opportunistic.”

Art Shapiro, UC Davis distinguished professor of evolution and ecology who has sponsored the contest since 1972 as part of his four-decade study of climate and butterfly seasonality, identified it as a female with a damaged forewing.

Shapiro awards a pitcher of beer, or the equivalent, for the first cabbage white of the year found in the three-county area of Sacramento, Yolo and Solano. Montgomery collected his prize, Great White beer, on Tuesday night at The Graduate.

The cabbage white (Pieris rapae) probably eclosed or hatched around 7:30 that morning, said Shapiro, who has earlier predicted that the first butterfly of 2016 would be collected in mid-January.

Shapiro's former graduate student, Matt Forister, an associate professor at the University of Nevado, Reno, plots the first-flight dates and also predicted it would be found about now.

Montgomery's catch means that “now we should be seeing more and more of them after three to five days,” Shapiro said.

The UC Davis student studies plankton production dynamics in the delta and how plankton function as a food source for fishes. “More specifically, how do hydrodynamics, land management practices and slough geomorphology contribute to aquatic productivity and influence abundance and distribution of plankton?”

This makes only the fourth time that Shapiro, who is out in the field more than 200 times a year, has been defeated. His graduate student Adam Porter defeated him in 1983; and his graduate students Sherri Graves and Rick VanBuskirk each won in the late 1990s.

“I sort of consider this is a liberation because now I don't have to look for it every time the sun comes out in January—now I can relax,” Shapiro said. “Jacob's win shows that the contest isn't rigged,” he said, smiling. “Some think the contest is all a sham.”

“If this starts happening every year like this, that's when I should retire,” quipped Shapiro, who turned 70 last week.

Shapiro says the cabbage white is “typically one of the first butterflies to emerge in late winter. “Since 1972, the first flight has varied from Jan. 1 to Feb. 22, averaging about Jan. 20.”

Although the first flight of the cabbage white has been as late as Feb. 22, it is emerging earlier and earlier as the regional climate has warmed, the professor said. “There have been only two occasions in the 21st century in which it has come out this late: Jan. 26, 2006 and Jan 31, 2011.”

Shapiro won the 2015 contest by netting a cabbage white at 12:30 p.m.. Monday, Jan. 26 in West Sacramento, Yolo County.  The site: a mustard patch near the railroad tracks.

Shapiro does long-term studies of butterfly life cycles and climate. "Such studies are especially important to help us understand biological responses to climate change,” he said. “The cabbage white is now emerging a week or so earlier on average than it did 30 years ago here."

Shapiro, a fellow of the American Association for the Advancement of Science, the Royal Entomological Society and the California Academy of Sciences, maintains a website on butterflies at http://butterfly.ucdavis.edu/, where he records the population trends he monitors in Central California.  He and artist Tim Manolis co-authored A Field Guide to Butterflies of the San Francisco Bay and Sacramento Valley Regions, published in 2007 by the University of California Press. 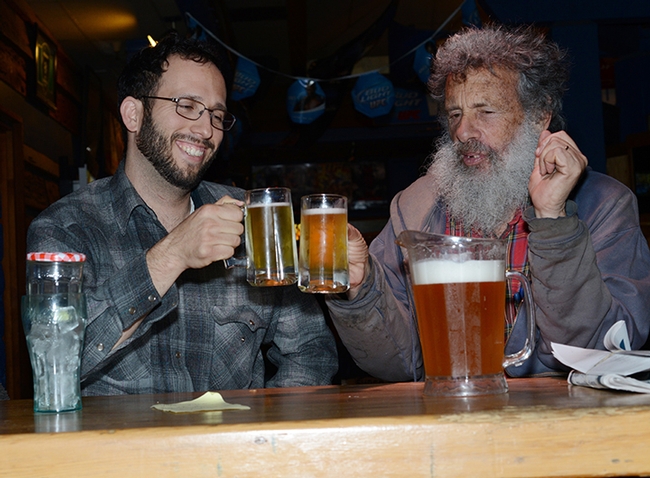 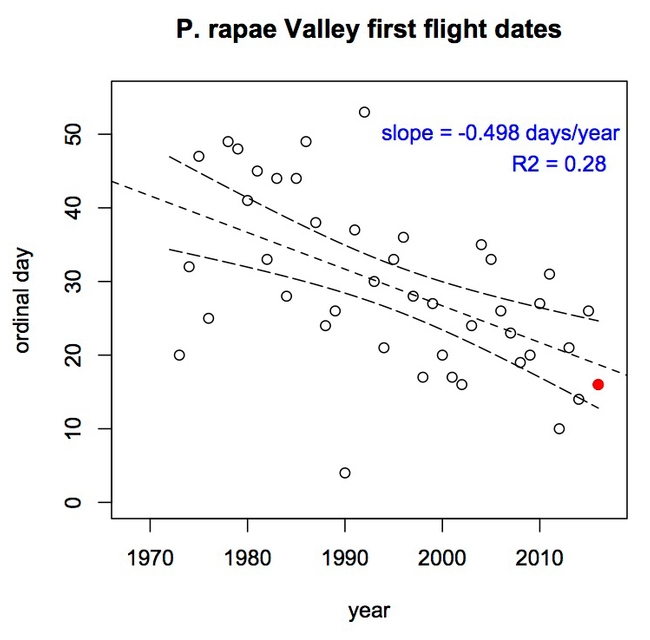